You have reached the cached page for https://www.christianpost.com/books/coptic-christians-beheaded-by-isis-in-video-credited-with-miracles-in-hometown.html
Below is a snapshot of the Web page as it appeared on 2/5/2021 (the last time our crawler visited it). This is the version of the page that was used for ranking your search results. The page may have changed since we last cached it. To see what might have changed (without the highlights), go to the current page.
You searched for: +egyptian coptic christians killed We have highlighted matching words that appear in the page below.
Bing is not responsible for the content of this page.
Coptic Christians beheaded by ISIS in video credited with ‘miracles’ in hometown - The Christian Post

A new book to be released Friday takes a look at the lives of the 21 Christian men the world saw being beheaded on a Libyan beach in 2015 and how their deaths at the hands of the Islamic State only strengthened the faith of believers in their hometown.

The world was appalled when the brutal terrorist group released footage showing the 21 men — all but one being migrants from Egypt — being led to the shore of a Libyan beach near Sirte dressed in orange jumpsuits.

The video came at the height of the Islamic State’s reign of terror that wreaked havoc in places like Iraq, Syria, Afghanistan, Egypt, and Libya and showcased how brutal and atrocious the jihadi death cult could be.

Iconic photographs and screenshots taken from that Islamic State propaganda video are all over the internet showing the 21 men on their knees with their backs toward the Mediterranean Sea. Behind each of the 21 men was an Islamic State militant standing with a knife that would be used to cut off their heads, thus sending a message to the world.

Four years later, the martyrdom of those 21 men is not forgotten in Upper Egypt as all 21 have been canonized as martyr saints by the Coptic Church.

“You get the feeling in Upper Egypt that they are not in an Islamic country at all. It is a Christian country,” popular German novelist Martin Mosebach told The Christian Post in a recent phone interview. “It's mixed in a society there with Muslims but the Christians in Upper Egypt are the majority.”

Mosebach was inspired by a picture he saw on the cover or a German Catholic magazine to tell the story of the 21 Coptic martyrs.

The picture on the magazine featured the head of one of the slain Copts killed on the Libyan beach, Kiryollos Boushra Fawzy, who was born in 1991 in the Upper Egypt town of El-Aour.

“This picture caught my eye in 2016,” Mosebach said. “An image of the face of one migrant worker beheaded by ISIS on the beach in Libya.”

Having authored 11 novels, the German writer was looking to do something different before he began working on his 12th novel.

Mosebach decided to visit El-Aour, the town where 13 of the 21 Coptic martyrs came from. He spoke with families of the men killed and heard stories about how the martyrs are being credited with modern-day miracles.

The new book, The 21 - A Journey into the Land of Coptic Martyrs, is the account of Mosebach’s journey to El-Aour.

“It is a very dirty village. It is a very poor and primitive village,” Mosebach explained, adding that the Coptic villagers there are very strong and knowledgeable in their faith.

Although Christians in Upper Egypt are always under the threat of persecution, as Egypt has been under Islamic rule for 1,400 years, the faith of the Coptic Church as founded by St. Mark has been unwavering and continues to remain strong today, according to Mosebach.

“These communities and congregations are very educated and know the faith,” he explained. “In the spirituality of the Copts, miracles are a very important thing.”

In El-Aour, Mosebach said, “everybody is talking about miracles.”

According to Mosebach, numerous miracle stories have built up around the 21 martyrs in El-Aour. Some stories include the martyrs being credited with saving children who fall out of windows, curing sick people and even healing a woman of infertility.

“Miracles didn’t save the [21] from decapitation but did prove that their sacrifices had made them Christlike and therefore accepted as such,” Mosebach wrote.

One miracle involved the son of one of the martyrs. The son was said to have fallen onto the street from the third floor of a building, causing him to break his arm in multiple places. When the son regained consciousness, he claimed that his now-dead father had caught him. Days later, the son’s X-rays reportedly did not show any fractures.

According to Mosebach, the term “miracle” is used by the Coptic community as the “next explanation for any phenomenon they see.”

“Everything that has happened is according to the will of God,” Mosebach told CP. “The miracles are also now seen with the martyrs, which the martyrs heal people.”

Although the Coptic community has faced much persecution throughout its history that continues today, Mosebach explained that Copts do not consider themselves to be victims and do not seek revenge.

He added that the villagers in El-Aour are proud of the martyrs for standing strong and dying for their faiths.

The mothers who lost their sons at the hands of the Islamic State know that their sons are now “crowned kings in Heaven,” Mosebach said.

Although El-Aour is a poor and primitive village, it is now a destination for Coptic Christians across the region.

Following the beheading of the 21 Copts, Egypt President Abdel Fattah el-Sisi ordered the construction of The Church of the Martyrs of Faith and Homeland in El-Aour. The church has become a pilgrimage site as it is the final resting spot for the bodies of the Coptic martyrs.

According to Mosebach, some Christians travel as far as 350 miles to come to see the church.

“Now it has become a real pilgrimage village, with a hotel and stops to buy pictures and memories of the martyred,” Mosebach said of Al-Aour.

Mosebach asserted that dictatorships are more favorable to Christians in the Middle East than democracies are.

“This is one very important thing that one has to learn as a Christian from the Western world. Democracy is, for the Christians, not favorable in Iraq, in Syria, in Egypt,” Mosebach said. “They are protected by dictators. This is a harsh lesson. From the point of the views of Christians, Christians have more security, more protection when the state is led by a strong dictator.”

“This has been so with Saddam Hussein in Iraq. [Assad] still there in Syria. It is still there with Al-Sisi in Egypt,” he added. “It is a very simple thing. For minorities, they can never be strong in democracy.”

Mosebach's book was originally published in German last year. It will be released in English for the first time on Friday. 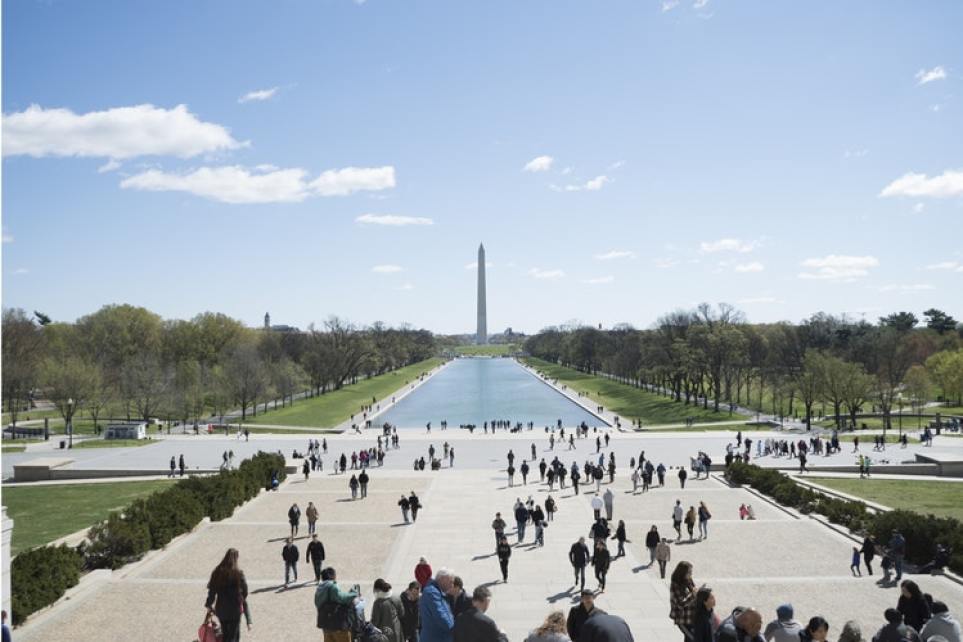 4 things to know about the DC statehood debate

Do you want award-winning journalism with a Christian worldview, delivered to your inbox?

Do you want award-winning journalism with a Christian worldview, delivered to your inbox?