You have reached the cached page for https://www.dailymail.co.uk/tvshowbiz/article-1224783/Dree-Hemingway-takes-mother-Mariel-poses-topless-raunchy-photoshoot.html
Below is a snapshot of the Web page as it appeared on 3/29/2021 (the last time our crawler visited it). This is the version of the page that was used for ranking your search results. The page may have changed since we last cached it. To see what might have changed (without the highlights), go to the current page.
You searched for: +dree hemingway photos We have highlighted matching words that appear in the page below.
Bing is not responsible for the content of this page.
Dree Hemingway takes after her mother Mariel as she poses topless in raunchy photoshoot | Daily Mail Online

Her great-grandfather was writer Ernest Hemingway and her mother Mariel was a famous actress.

So coming from such legendary American stock, it is perhaps of little surprise that Dree Hemingway is also making a name for herself.

The 22-year-old American beauty trained as a ballet dancer but is now a full-time model. 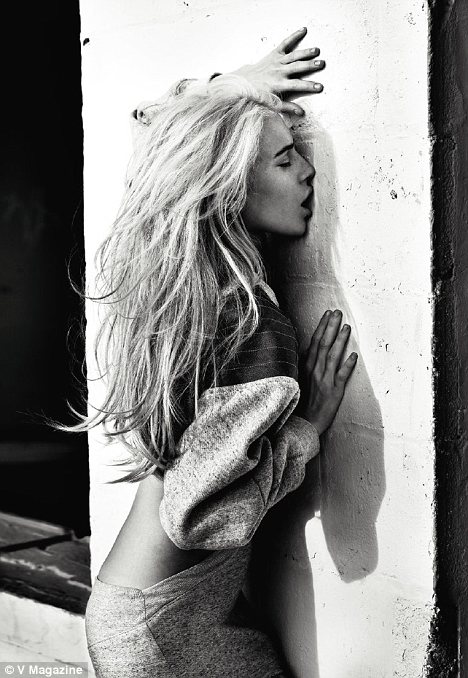 All American beauty: Dree Hemingway, the great-granddaughter of author Ernest, follows in her mother's modelling footsteps in the latest issue of V magazine 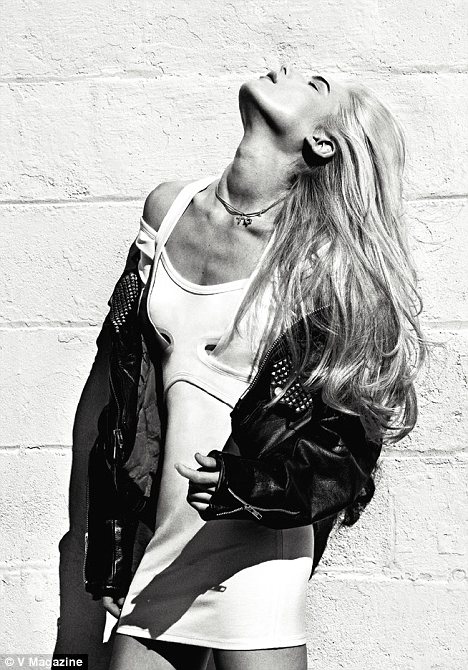 Modern girl: Dree trained as a ballet dancer but is now a full-time model 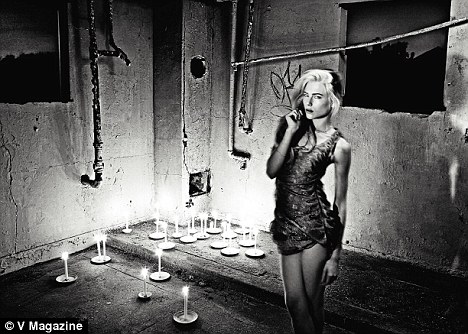 But despite her lineage, she is determined to make a go of it on her own without trading on her famous name, she told US glossy magazine V.

In fact, she hardly thinks about her great-grandfather at all, she says - despite him writing some of America's most famous novels such as For Whom The Bell Tolls and The Old Man and the Sea, for which he won the Pulitzer and Nobel Prizes.

'Ernest is not someone I'm constantly thinking about. In fact I might like his friend F. Scott Fitzgerald a little more.

'Right now, I'm more in a Gatsby phase. I will say though, that Ernest had a great look, that scruffy beer look. I'm into that. A little scruff goes a long way,' she said. 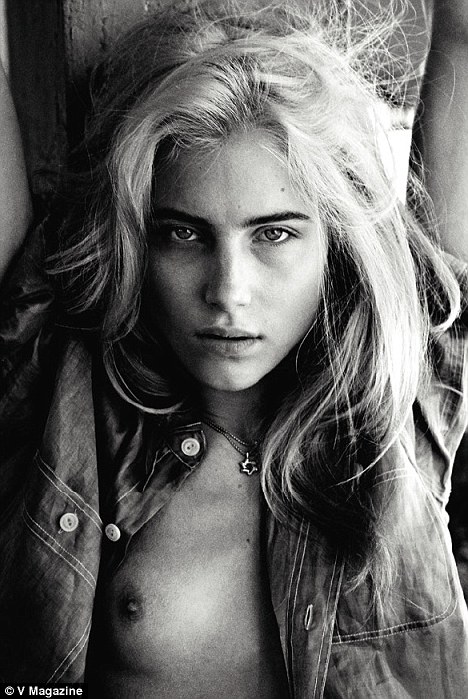 Dree, 22, is the eldest daughter of quintessential American beauty Mariel 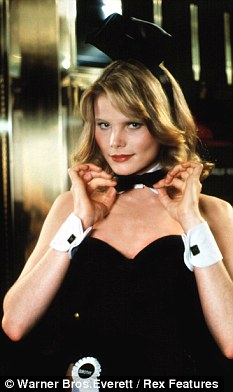 In fact she is so non-plussed about her famous ancestor that she admits she has not even read all of his work on account of much of it 'being kind of depressing.'

The model, who was raised in Idaho in the mid-West and in LA, told V she is more of a fan of the Harry Potter novels.

Dree's aunt Margaux was also a successful model and her mother Mariel has worked in film and TV for decades.

Mariel's most famous role was in Woody Allen's 1979 film Manhattan for which she was nominated for an Oscar for Best Supporting Actress.

She also posed on the cover of Playboy and later played the role of Playboy model Dorothy Stratten in the 1983 film Star 80.

She appeared in another of Allen's films, Deconstructing Harry, in 1997.

It seems a lot to live up to but Dree is not put off.

'I think some people have this idea of me making it because I am a Hemingway but I don't think I'm here because of that.

'I think I'm here because I work hard and I want to be here,' she said.