You have reached the cached page for https://film-book.com/doctor-sleep-2019-movie-trailer-the-shining-sequel-features-ewan-mcgregor-vs-rebecca-ferguson-the-true-knot/
Below is a snapshot of the Web page as it appeared on 12/26/2020 (the last time our crawler visited it). This is the version of the page that was used for ranking your search results. The page may have changed since we last cached it. To see what might have changed (without the highlights), go to the current page.
You searched for: +doctor sleep movie trailer We have highlighted matching words that appear in the page below.
Bing is not responsible for the content of this page.
DOCTOR SLEEP (2019) Movie Trailer: THE SHINING Sequel Features Ewan McGregor vs. Rebecca Ferguson & the True Knot | FilmBook

Doctor Sleep‘s plot synopsis: based on the book by Stephen King, “Doctor Sleep continues the story of Danny Torrance, 40 years after his terrifying stay at the Overlook Hotel in The Shining.

Still irrevocably scarred by the trauma he endured as a child at the Overlook, Dan Torrance has fought to find some semblance of peace. But that peace is shattered when he encounters Abra, a courageous teenager with her own powerful extrasensory gift, known as the “shine.” Instinctively recognizing that Dan shares her power, Abra has sought him out, desperate for his help against the merciless Rose the Hat and her followers, The True Knot, who feed off the shine of innocents in their quest for immortality.

Forming an unlikely alliance, Dan and Abra engage in a brutal life-or-death battle with Rose. Abra’s innocence and fearless embrace of her shine compel Dan to call upon his own powers as never before—at once facing his fears and reawakening the ghosts of the past.”

The behind-the-scenes of Doctor Sleep:

Watch the Doctor Sleep Trailer. Leave your thoughts on it and this article below in the comments section. Readers seeking to support this type of content can visit our Patreon Page and become one of FilmBook’s patrons. Readers seeking more movie trailers can visit our Movie Trailer Page, our Movie Trailer Twitter Page, and our Movie Trailer Facebook Page. Doctor Sleep will be released in U.S. theaters through Warner Bros. on November 8, 2019. Want up-to-the-minute notification? FilmBook staff members publish articles by Email, Twitter, Facebook, and Tumblr. 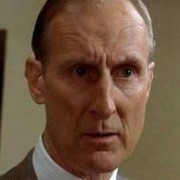 Rollo Tomasi is a Connecticut-based film critic, TV show critic, news, and editorial writer. Rollo has written over 680 film, TV show, short film, Blu-ray, and 4K-Ultra reviews. His reviews are published in IMDb's External Reviews and in Google News. Previously you could find his work at Empire Movies, Blogcritics, and AltFilmGuide. Now you can find his work at FilmBook.

THE WHITE TIGER (2021) Movie Trailer: Driver Adarsh Gourav uses his Wits to Break Free of Servitude to his Rich Masters

THE WHITE TIGER (2021) Movie Trailer: Driver Adarsh Gourav uses his Wits to Break Free of Servitude to his Rich Masters

Subscribe to FilmBook’s Daily Newsletter for the latest news!

Delivered to Your Inbox