You have reached the cached page for https://www.goldderby.com/article/2021/cma-winners-list-2021-all-categories/
Below is a snapshot of the Web page as it appeared on 1/22/2022 (the last time our crawler visited it). This is the version of the page that was used for ranking your search results. The page may have changed since we last cached it. To see what might have changed (without the highlights), go to the current page.
You searched for: +cma awards 2021 winners We have highlighted matching words that appear in the page below.
Bing is not responsible for the content of this page.
CMA winners list 2021: Results in all categories at 55th CMA Awards - GoldDerby
Skip to content 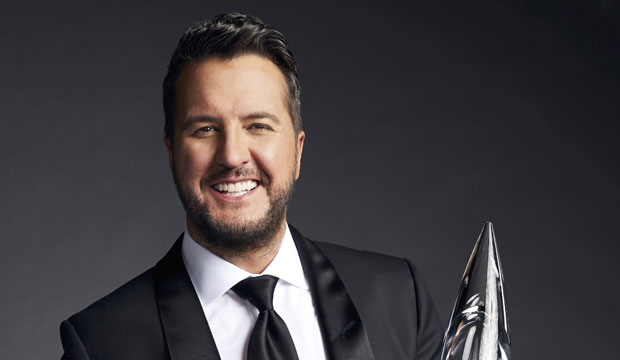 The 55th Annual Country Music Association Awards were presented on Wednesday night, November 10, during a live ceremony hosted by Luke Bryan that aired on ABC. So who were the big winners? Scroll down for the complete list in all categories, updated as they were announced throughout the night.

SEELuke Bryan hosting the 2021 CMA Awards: ‘I knew it was something I couldn’t turn down’

Also nominated five times was Chris Stapleton, who went head-to-head with Church in all of the same categories: Entertainer of the Year (which Stapleton had yet to win), Album of the Year for “Starting Over,” Single of the Year and Song of the Year for the title track, and Male Vocalist of the Year. Stapleton has won more previous CMA Awards overall than Church (10 to 4), so was tonight finally the night for him to take top honors?

A couple of categories were decided before the show even started, and they both had the same winner. It was announced on Wednesday morning that Kelsea Ballerini and Kenny Chesney‘s collaboration “Half of My Hometown” prevailed for both Musical Event of the Year and Music Video of the Year. Who joined them in the winner’s circle? Find out below.

Music Video of the Year
“Chasing After You” – Ryan Hurd with Maren Morris
Director: TK McKamy

PREDICTthe Grammys now; change as often as you like until nominations are announced

Make your predictions at Gold Derby now. Download our free and easy app for Apple/iPhone devices or Android (Google Play) to compete against legions of other fans plus our experts and editors for best prediction accuracy scores. See our latest prediction champs. Can you top our esteemed leaderboards next? Always remember to keep your predictions updated because they impact our latest racetrack odds, which terrify record executives and music stars. Don’t miss the fun. Speak up and share your huffy opinions in our famous forums where thousands of showbiz leaders lurk every day to track latest awards buzz. Everybody wants to know: What do you think? Who do you predict and why?

Grammy odds for Album of the Year
Who will win?

2022 Grammy predictions: Record of the Year

FILM DOCUMENTARY OSCAR FINANLISTS (PART 2): See the debuts of our revealing riffs with the creators of documentaries that made it onto the Oscar shortlist of potential nominees. “Summer of Soul” (Questlove), “Ascension” (Jessica Kingdon), “Flee” (Jonas Poher Rasmussen), “The First Wave” (Matthew Heineman), “In the Same Breath” (Nanfu Wang), “The Velvet Underground” (Julie Goldman).

MEET THE CREATORS OF THE FILM SHORTS ON THE OSCAR SHORT LISTS: Watch the debuts of our interviews with the creators of “Coded” (Ryan White), “Lynching Postcards” (Christine Turner), “The Musician” (Reza Riahi), “Robin, Robin” (Mikey Please) and “Sophie and the Baron” (Alexandria Jackson)

Watch our chats with 8 songwriters on the Oscars shortlist

Get latest Oscars buzz — and join in!

Sign up for our free newsletters full of latest Oscar predictions, news and analysis by Hollywood’s leading experts.

Here’s how to make your award and TV predictions at Gold Derby and join the fun.

Watch our lively chats with Jessica Chastain (“The Eyes of Tammy Faye”) and over 200 more performers, directors, producers, crafts people and more, including…

Oscar Experts Typing: What will take up the final Best Picture spot(s)?