You have reached the cached page for https://www.cinemaparadiso.co.uk/rentals/clouds-of-sils-maria-174935.html
Below is a snapshot of the Web page as it appeared on 10/18/2021 (the last time our crawler visited it). This is the version of the page that was used for ranking your search results. The page may have changed since we last cached it. To see what might have changed (without the highlights), go to the current page.
You searched for: +clouds of sils maria synopsis full We have highlighted matching words that appear in the page below.
Bing is not responsible for the content of this page.
Rent Clouds of Sils Maria (aka Sils Maria) (2014) film | CinemaParadiso.co.uk 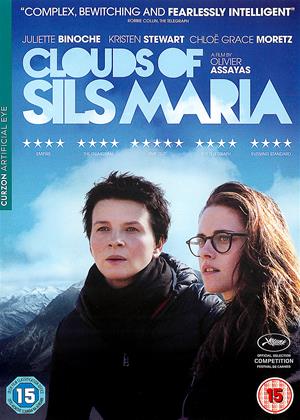 Found in these customers lists

Reviews (5) of Clouds of Sils Maria

This film is full of parallels. Juliette Binoche plays a mature actor, like herself, who reluctantly agrees to play the part of the older woman in a play in which she made her name as the young lead years ago. She plays out scenes from the play with her assistant, so that their relationship also parallels her relationship with the younger actress and her younger self. The stunning scenery and the "snake" mist formation in the valley where she stays, preparing for the film, forms another layer, as it twists and winds towards the mountain. The question the film poses is how can she be fully vulnerable as she plays this ageing actor, thus showing her maturity as an artist, without somehow losing herself in longing for her younger, more carefree and more daring self? It is a slowish film, but it is worth being patient with it as it inexorably draws to its subtle and poignant end.

4 out of 4 members found this review helpful.

I read reviews of this film in newspapers - most were 3 stars out of 5. I wonder were the watching the same film as have just suffered?

It's all an almost-plotless tale of actresses putting on a play. Then seems to morph into a movie which wants to examine the nature of fame and celebrity. Well, I have seen better and more entertaining analyses of that in 30 second TV adverts.

Some dire subplot about an affair and things happening to people we know nothing about are care even less about confuses matters.

Oh and it's all trying to be arthouse with pretty pictures of Swiss mountains and clouds.

Really REALLY bad. And not in French - as I had expected - and no subtitles. And the great Juliette Binoche is utterly wasted - what on earth is she doing in such a shambles of a movie?

If a film student submitted a screenplay this tedious it would be torn in half and the student told to leave film school.

Perhaps worth watching as an example of how NOT to make a good film.

3 out of 4 members found this review helpful.

This is the kind of Euro arthouse movie that wins prizes at festivals from people for whom theme is everything. The kind that loves to show us people talking to one another, placing soapy conversation above drama. The kind that would never use anything but snippets of classical music on the soundtrack. The kind that, out of nowhere, suddenly ends. You know the kind. It's slow, dull and conspicuously devoid of any cinematic imagination.

You may find the story, about an ageing actress (it was specifically written by director Olivier Assayas for Juliette Binoche) interesting or not, but it has all the screen life squeezed out of it. Some critics have compared it to 8½ but Assayas is no Fellini. Eric Rohmer could wring cinematic magic out of the most ordinary of dialogue exchanges but Assayas is no Rohmer.

Chloe Grace Moretz plays a starlet who is to play the role that made Juliette's name as a young actress, but it takes an hour and a half just for them to meet, and that turns out to be not very interesting either. Meanwhile the underrated Kristen Stewart is wasted in a large role as Juliette's P.A. The actors are poorly served in general. Because of the poor dialogue, absence of drama and lack of visual interest the concentration on acting merely highlights the artifice of the whole affair. Just watch them act! Thanks to cinemaphotographer Yorick Le Saux there's occasionally some pretty Alpine scenery but not enough to merit giving the whole enterprise a single star. Such a waste.

1 out of 1 members found this review helpful.

One star for the the expansive scenery. - Clouds of Sils Maria review by BE

There were no subtitles to access so I found Kristen Stewart's slurred American drawl almost impossible to understand. Doubt it would have made much difference to this blown up and pretentious piece of cinema work. Watching it was hard work too. Awful.

0 out of 1 members found this review helpful.

Something Special - Clouds of Sils Maria review by RW

If you are confused at the beginning of this film, just stick with it and you are in for a treat. Brilliant acting, fantastic locations and memorable sound track combine to make a most compelling and enjoyable film. Maybe only a French director could make this type of film and get away with it.

0 out of 0 members found this review helpful.
Show more

Unlimited films sent to your door, starting at £9.99 a month.