You have reached the cached page for https://www.en24news.com/48479/2021/01/the-clermont-ferrand-international-short-film-festival-will-finally-be-broadcast-online.html
Below is a snapshot of the Web page as it appeared on 2/8/2021 (the last time our crawler visited it). This is the version of the page that was used for ranking your search results. The page may have changed since we last cached it. To see what might have changed (without the highlights), go to the current page.
You searched for: +clermont ferrand film festival 2021 We have highlighted matching words that appear in the page below.
Bing is not responsible for the content of this page.
The Clermont-Ferrand International Short Film Festival will finally be broadcast online | EN24 World
Sign in
Welcome!Log into your account
Forgot your password?
Privacy Policy
Password recovery
Recover your password
Tuesday, January 12, 2021
Sign in
Welcome! Log into your account
Forgot your password? Get help
Privacy Policy
Password recovery
Recover your password
A password will be e-mailed to you. 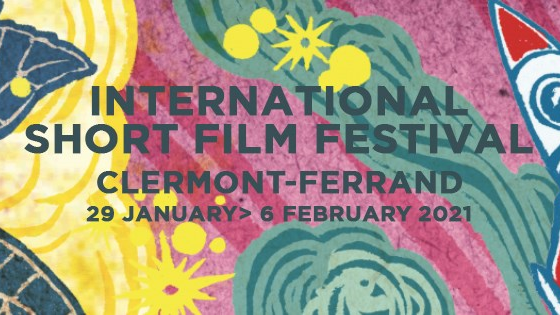 The event, which features 51 films among the 8,000 received, will take place from January 29 to February 6.

The 43rd edition of the Clermont-Ferrand short film festival will therefore be digital. The organizers of the Auvergne festival said Monday that the festival will take place entirely online due to the health crisis. Organized from January 29 to February 6, the festival – which achieved 170,000 admissions in 2020 – still cherished the idea of ​​holding a hybrid version, with a physical part. “The government announcements of January 7 signaled the end of this hybrid hope: Clermont 2021 – festival as market – will be all online, only online”, However, the organizers have just specified in a press release.

Read also :The Clermont-Ferrand Festival, the nobility of the short film

At least good news emerges from this decision: “All of France, and for the first time, aficionados of short films and new converts will be able to attend the festival sessions together, with or without a mask.Added the organizers. The online program will feature 153 films in the festival’s three usual competitions: international, national and Lab.

Marked by confinement, the 78 films of the international competition will honor the collective and the community, as well as the family, as in Every Day’s Like This by the Canadian Lev Lewis, where we observe the rituals of each around the sick matriarch – but also that populated by colorful figures, such as the very funny Affairs of the Art of Briton Joanna Quinn. The impact of the #MeToo wave still shakes the 2021 selection with portraits of stronger women together, like Sisters of Katarina Resek (Slovenia).

Read also :The Annecy Animated Film Festival is betting on a 2020 digital edition

The national competition brings together 51 films and the Labo competition, which celebrates its 20th anniversary, 26 films. The pandemic “has in no way affected the tremendous creative vitality of the international cinema pool», Assure the organizers of the festival. On the international side, the drop in the number of films registered, in connection with the health context, was limited to 10%, and only 4% on the national side. Almost 8,000 short films were received in total. Viewers will be able to find sixty other short films in the accompanying programs.

A single pass at the price of twelve euros will give access to all the programs in mainland France and overseas departments and territories. The public’s prize is maintained and each spectator will be able, like every year, to vote for their favorite in each of the competitions.

Riots in Washington – Assault on Capitol Hill, a theater of the absurd according to Milo Rau

In a column published by the “SonntagsZeitung”, the Swiss director analyzes the facts that shook the heart of American power. He comes back...
Read more
Lifestyle

the candidate of Moms and famous announces her breakup, a few days after having formalized her couple

It is bad news that Cécilia Siharaj announced to her community on Instagram this Monday, January 11. The candidate of Moms and Famous...
Read more
Lifestyle

Could the series survive without baby Yoda?

The series The Mandalorian is based until now on Goru, the one known colloquially as Baby Yoda. And if he were to walk...
Read more

ABOUT US
En24 World is your news, entertainment, music fashion website. We provide you with the latest breaking news and videos straight from the entertainment industry.
Contact us: [email protected]
FOLLOW US
© en24news.com