You have reached the cached page for https://probateshark.blogspot.com/2013/06/oregon-nasga-member-erna-boldt-writes.html
Below is a snapshot of the Web page as it appeared on 4/8/2021 (the last time our crawler visited it). This is the version of the page that was used for ranking your search results. The page may have changed since we last cached it. To see what might have changed (without the highlights), go to the current page.
You searched for: +christine anne boldt and summer phoenix divorce decree We have highlighted matching words that appear in the page below.
Bing is not responsible for the content of this page.
ProbateSharks.com: Oregon NASGA Member Erna Boldt Writes to Her Congressman for Help.....
skip to main | skip to sidebar

Editor's note: Many thanks to NASGA for their wonderful work in assisting Erna Boldt.  Lucius Verenus, Schoolmaster, ProbateSharks.com 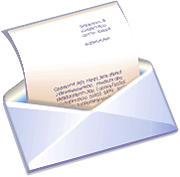 Sometime in 2004/2005 Your Portland office was informed by the Oregon Justice Department, that I was not in the class of the "indigent". That was a direct discrimination - and abuse against an elder citizen.

This has morphed into abuse under the American with Disabilities Act, ADA, Title II, in which the protection from Judicial Fundamental Attribution Error, "a type of abuse that occurs when exploitation, deception,mischaracterization, and intimidation are being used by an opponent for the strategic purpose of confusing the Trier of Fact and diminishing Ms. Boldt's ability to function in court", was ignored.

Not only have I been discriminated against, suffered the deprivation of my assets at my age, but this last matter has driven me to insolvency, because federal laws were not upheld in my 10 years of judicial tyranny in Oregon.

Someone needs to investigate, why federal law, including the federal Uniform trust code, and the American with Disabilities act (I was diagnosed under post stroke recovery, anxiety, depression, and post-traumatic stress disorder, translating into legal abuse, has been denied in Clackamas Circuit Court (5th judicial district). It is the duty of the Justice Department to investigate such complaint and disregard for my Constitutional rights.
Thank you,
Sincerely,
Erna Boldt

Ms. Boldt:
Thank you for taking the time to contact me.

I appreciate you bringing this issue to my attention. Since it is a legal issue, it is very difficult for me to get involved. As a Member of Congress, it would be inappropriate for me to give advice about legal matters. I don't have jurisdiction over the legal system or civil lawsuits.

If you haven't done so already, seeking legal counsel may be your best course of action. The office of the Oregon State Bar Association is a good resource for information on legal services and has a lawyer referral service.

Thank you again for contacting me.
Sincerely, Earl Blumenauer
Member of Congress
Posted by NASGA No comments:

Email ThisBlogThis!Share to TwitterShare to Facebook
Labels: Letter, NASGA, Oregon
Posted by Probate Shark at 7:50 AM

Thank you for commenting.
Your comment will be held for approval by the blog owner.