You have reached the cached page for https://www.dailymail.co.uk/news/article-1279343/Chef-Peter-Wallner-killed-wife-hid-body-freezer-sex-mistress.html
Below is a snapshot of the Web page as it appeared on 1/14/2022 (the last time our crawler visited it). This is the version of the page that was used for ranking your search results. The page may have changed since we last cached it. To see what might have changed (without the highlights), go to the current page.
You searched for: +charlotte wallner murder update We have highlighted matching words that appear in the page below.
Bing is not responsible for the content of this page.
Chef Peter Wallner 'killed wife, hid body in freezer then had sex with mistress' | Daily Mail Online

Chef 'killed wife with pan, hid her body in freezer and then had sex with mistress'

A chef beat his wife to death with a griddle pan then kept her body hidden in a freezer for nearly three years, a court heard yesterday.

Peter Wallner, 34, is alleged to have ordered the deep freeze from Argos immediately after killing Melanie, 30.

Within 24 hours of her death he is said to have 'wined and dined' his secret lover before having sex with her in the bed on which he killed his wife. 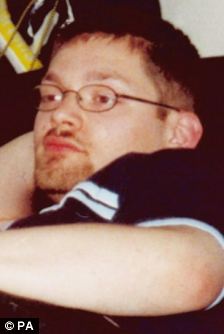 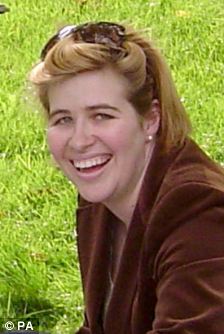 Peter Wallner is accused of murdering his wife, Melanie, and storing her body in the freezer

He told friends she had died suddenly from a brain aneurysm.

He then held a memorial service for 50 mourners and used ash from his barbecue to fill a cemetery urn which was later buried on her family farm, jurors were told.

Wallner's alleged lies were exposed when he arranged to sell the freezer for £25 and dumped the corpse in a wheelie bin.

First, dustmen refused to take the bin because it was too heavy and then a neighbour spotted a protruding ankle.

Mrs Wallner died on August 27, 2006, at the family home in Cobham, Surrey, prosecutor Bobbie Cheema told the Old Bailey. She said 'one deliberate blow' from a heavy pan had killed her.

Wallner spun tale after tale about the circumstances of her death to stop his wife's family discovering the truth, Miss Cheema said.

'How it added to their sorrow one can only imagine. He played the part of the grieving husband, convinced her employer to pay her last month's pay cheque and he used her credit cards.'

Wallner, originally from Bavaria, moved to Britain in the early 1990s, working in the London hotel trade.

He met his wife, who moved over from South Africa in 1995, through work and they married in 2001.

In 2005 he landed a job as head chef at the four star Woodlands Park Hotel in Cobham, where he is said to have developed an infatuation with Emma Harrison, the hotel's wedding planner.

'It appears the defendant had been seeing Emma behind his wife's back in the months proceeding her death,' Miss Cheema told the court. 'He had told Emma that he was separated from his wife and she lived in London.' 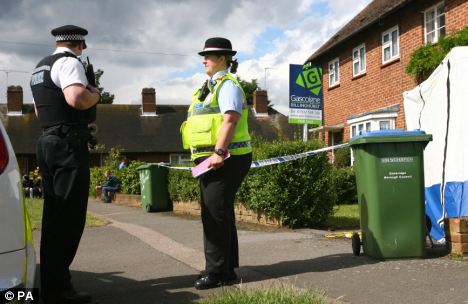 Police at the house in Cobham, Surrey, where Mrs Wallner's body was found in a wheelie bin 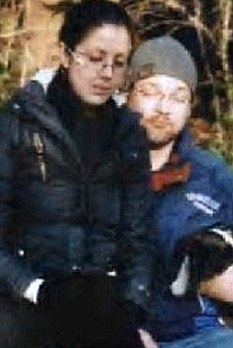 Lovers: Peter Wallner with his girlfriend Lilia Fenech, with whom he moved to Malta last year

On August 28, they met at a restaurant where Wallner bought champagne and they later had sex.

Soon afterward he started claiming that his wife had died from natural causes.

Mourners noted he seemed 'composed and unaffected' at the memorial service which he had treated like a 'business meeting', Miss Cheema said.

Later, he watched his dead wife's father bury the urn of ashes on the family's South African farm.

Wallner also sent a letter to her brother saying how 'angry he was about Melanie's death'.

The court was told his plot unravelled last June shortly after he moved to Malta with a new girlfriend, Lilia Fenech.

His wife's body was discovered and he returned to England to be arrested, telling detectives he had hit her in self defence.

Sorry we are not currently accepting comments on this article.