You have reached the cached page for https://www.flickeringmyth.com/2017/02/movie-review-certain-women-2016/
Below is a snapshot of the Web page as it appeared on 3/21/2021 (the last time our crawler visited it). This is the version of the page that was used for ranking your search results. The page may have changed since we last cached it. To see what might have changed (without the highlights), go to the current page.
You searched for: +certain women movie review We have highlighted matching words that appear in the page below.
Bing is not responsible for the content of this page.
Movie Review - Certain Women (2016)
FacebookTwitterFlipboardRedditPinterestWhatsApp

Three intersecting stories against the windswept landscape of Montana.  Lawyer Laura (Laura Dern) has to intervene when a disgruntled client of hers takes a hostage.  The marriage of Gina and Ryan (Michelle Williams and James Le Gros) starts to show cracks when they start to build their new home.  And solitary ranch hand (Lily Gladstone) becomes attracted to a young lawyer (Kristen Stewart) who teaches evening classes.

The cold, sweeping landscape goes on for ever.  Set against it are three small human figures, three women trying to make their way in life and while they’re diminished by their surroundings, what’s happening to them is big and significant in different ways.  The audience, just like the never-ending train that crosses the screen at the start of Kelly Reichardt’s Certain Women [read our interview with the director here], is simply passing through, taking a snapshot of their lives.

The connections between the women are so small, so subtle that it’s easy to miss them.  Holding it all together is lawyer Laura (Dern), who has a presence throughout the film, even when she’s not visible.  The first story is hers, about her and one of her clients: Fuller (Jared Harris) is the victim of an industrial accident and, disgruntled by his settlement, takes a hostage. It’s down to Laura to diffuse the situation.  In the second one, married couple Gina (Williams) and Ryan (James Le Gros) are building their own house from scratch but their attempt to purchase some local sandstone from the elderly Albert (Rene Auberjonois) makes it clear they’re not on the same wavelength.  And finally a solitary ranch hand (Lily Gladstone), becomes attracted to Elizabeth (Stewart), a young lawyer who’s taken an evening teaching job.

On the face of it, little or no connection between the three stories.  But there is, with Dern in pole position.  The opening sequence of the film shows Laura getting out of bed.  The man who’s shared her bed turns out to be Gina’s husband, Ryan, although that only becomes clear in the second story.  And when the young ranch hand goes in search of Elizabeth in number three, one of the legal firms she checks out is where Laura works.  We see her arriving in her office.

There’s more than just visual connections.  The film is a portrait of four independent women, women who decide to take control of their situations with varying degrees of success.  Laura is struggling to be taken seriously as a lawyer.  Her truculent client won’t take her advice, so she arranges for him to receive a second opinion from a man.  He gives the client the same advice – and he accepts it.  As she comments ruefully, she’s been telling him the same thing for eight years: if only she was a man, people would listen to her and life would be less stressful.  Other difficult clients from her past are etched on her weary face and her secret relationship doesn’t help things.

Meanwhile, Gina is in business with her husband/Laura’s lover.  She’s in the driving seat, both professionally and when it comes to building their new home.  So when Ryan mildly contradicts her as they talk to Albert about buying that sandstone, her expression is pure daggers.  The old man ignores her, negotiating only with her husband and disregarding anything she says.  She’s on familiar ground to Laura.  Completely oblivious of her husband’s infidelity, Gina is determined for them to have their ideal home, the perfect life and is desperately trying to pretend the increasingly apparent cracks in her marriage aren’t there.

The solitary ranch hand works on the snowy plains and leads a life of solitary routine, with no other contact other than her dog and horses.  Out of curiosity, she walks into the adult education centre, joins a class and finds herself attracted to Elizabeth, the young lawyer teaching the group.  As they chat afterwards, there’s the sense that Elizabeth is just being polite and sociable, that the two are on completely different wavelengths.  But when a new teacher replaces her, the ranch hand decides to track her down, putting everything on the line for something she believes is there.  She gets her answer.  On the outside, her life goes on as before, but on the inside she’s changed for ever.

Resilient in their individual ways, the women are like the trees standing in that never-ending landscape, defying everything by simply standing there, slightly bending because of the wind but showing no signs whatsoever of falling down.   Those trees cut almost skeletal figures against the brilliant white of the snow, reminding us that this is a world where you have to be determined to survive, emotionally and physically.

The film has a seductive quietness, underlined by its gentle guitar music and a palette of greys and muted tones.  Fresh, brilliant white snow and cold, harsh sunshine are the only contrasts.  And Reichardt gets subtle, engrossing performances from all four women, from regular collaborator Michelle Williams to new face Lily Gladstone.  Four hand-picked actresses, who embody their roles so that every look, every flicker and every nuance speaks volumes.

Freda Cooper –  Follow me on Twitter, check out my movie blog and listen to my podcast, Talking Pictures. 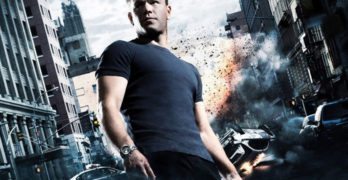 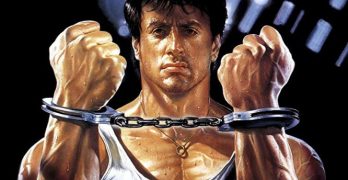 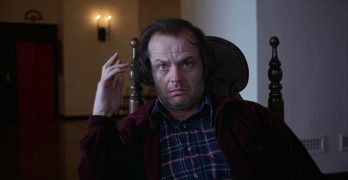 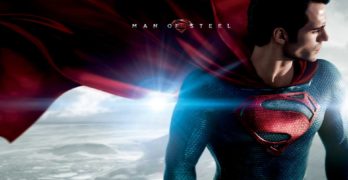 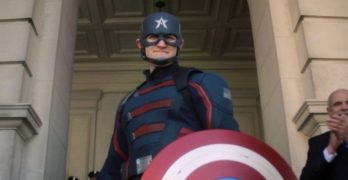 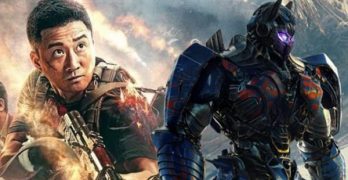