You have reached the cached page for https://lakesmedianetwork.com/urban-ac/snoop-dogg-shares-his-mothers-day-plans-for-boss-lady-shante-broadus/
Below is a snapshot of the Web page as it appeared on 6/15/2021 (the last time our crawler visited it). This is the version of the page that was used for ranking your search results. The page may have changed since we last cached it. To see what might have changed (without the highlights), go to the current page.
You searched for: +boss lady shante We have highlighted matching words that appear in the page below.
Bing is not responsible for the content of this page.
Snoop Dogg shares his Mother’s Day plans for “Boss lady” Shante Broadus – Lakes Media Network 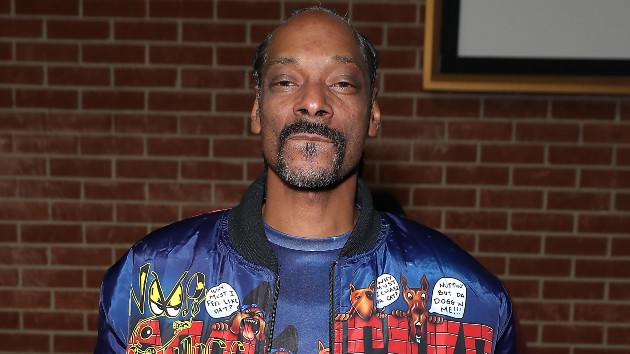 Snoop Dogg has been married to his high school sweetheart, Shante Broadus for 23 years. The two have dealt with their shares of issues, including infidelity, but managed to stay together and raise three adult children and a few grandchildren.

Snoop tells ABC Audio he plans to spoil the woman he refers to as “Boss Lady” for Mother’s Day this Sunday.

“I got some edible arrangements that’s coming to her. Some flowers in a beautiful vase. Hopefully, I should be back in California, so she can get that chocolate drop,” says Snoop, who is currently on location filming for an upcoming series.

Though Snoop Dogg is usually in an upbeat mood, he wasn’t when reached out to fans on Instagram earlier this week, asking for prayers for his 70-year-old mother, Beverly Tate. He did not specify any details surrounding her health or the situation.

Snoop’s post received an outpouring of support and love from fans and friends, such as Pharrell Williams, Cedric The Entertainer, and Jermaine Dupri, doing their part to uplift our favorite hip-hop uncle.

“Gotta stay strong, gotta keep pushing on. They say God ain’t gon put nothing on you, you can’t handle. I’m being tested right now y’all. Make sure y’all pray for me and my family,” Snoop continued in an Instagram video.

‘She Memes Well: Essays’: Quinta Brunson shares how she found success in the “sharable digital age”

If you're having trouble generating traffic, we are here to help. Lakes Media Network sales experts are standing by to help take your company marketing to the next level.