You have reached the cached page for https://hhhasylum.com/1021-2/
Below is a snapshot of the Web page as it appeared on 4/9/2021 (the last time our crawler visited it). This is the version of the page that was used for ranking your search results. The page may have changed since we last cached it. To see what might have changed (without the highlights), go to the current page.
You searched for: +boris sidis images We have highlighted matching words that appear in the page below.
Bing is not responsible for the content of this page.
For A Price | Healing, Hell, and the History of American Insane Asylums

“A good many people are beginning to realize that nervous diseases are alarmingly on the increase …. Nerves are the most ‘prominent’ complaint of the 19th century,” wrote one reporter in an 1887 issue of the Boston Globe.

As always, medical entrepreneurs found ways to accommodate the trend to everyone’s satisfaction. When a case of “nerves” became unbearable to a person or unmanageable for the family, alienists found a way to cater to wealthy patients’ need for privacy and luxury. The Sidis Psychotherapeutic Institute was an example: it was a private asylum containing “beautiful grounds, private parks, rare trees, greenhouses, sun parlors, palatial rooms, luxuriously furnished private baths, private farm products,” according to a brochure designed to appeal to Professor Boris Sidis’ expected clientele. 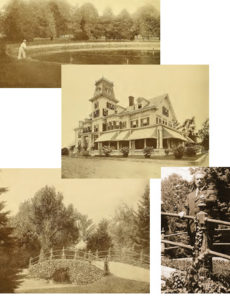 Images From the Sidis Psychotherapeutic Institute

Sidis also had a reassuring message for them. “It is well known and correspondingly deplored among physicians and psychologists,” Dr. Sidis explained, “that there are fully 50pc. of mentally disturbed cases that cannot be cared for in an insane asylum. These cases are of persons who are not actually insane, but who are on the verge of that condition. Also, they are not physically ill, or if they are ill it is not so serious that they should be sent to a hospital.” 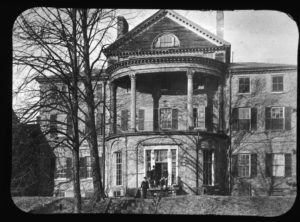 McLean Asylum for the Insane in Charlestown, Massachusetts Began as a Mansion Purchased from Joseph Barrell

For families wishing to avoid the stigma of insanity, a private “institute” or sanitarium was far preferable to a crowded state-run asylum manned by poorly paid and trained staff. These private asylums probably gave patients–many of whom undoubtedly had genuine mental illness–the relief they needed and served the purpose for which they were created. However, they came with a price most of the country couldn’t afford. Sidis charged today’s equivalent of $1,000 a week–out of reach for all but the wealthy. No matter how desperate they might have been to put their loved one in the best place possible, most families had to settle for state asylums. 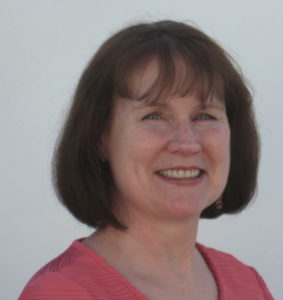