You have reached the cached page for https://www.pwpix.net/things-you-didnt-know-about-asuka/
Below is a snapshot of the Web page as it appeared on 1/11/2022 (the last time our crawler visited it). This is the version of the page that was used for ranking your search results. The page may have changed since we last cached it. To see what might have changed (without the highlights), go to the current page.
You searched for: +bikini photos skimpy photos explicit leaked We have highlighted matching words that appear in the page below.
Bing is not responsible for the content of this page.
Asuka Nude - Have Naked Photos Of WWE Star Leaked? | PWPIX.net 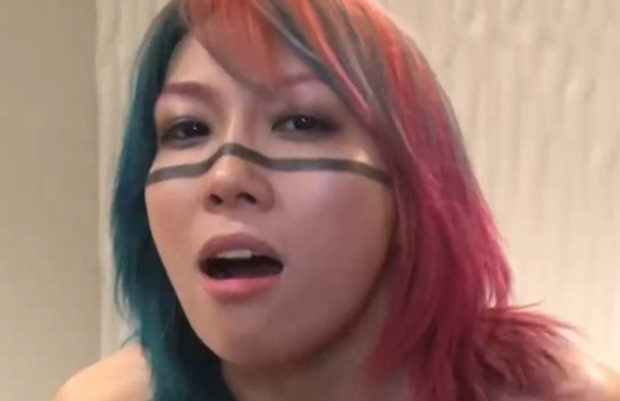 After several photos and videos depicting Paige in highly sexual situations emerged online due to hackers, rumors began to swirl that this scandal involved other women from WWE.

It all started on March 17, 2017, when explicit photos and videos of Paige leaked online.

Later that day, Paige said private photos belonging to her got stolen and shared without her consent.

“Personal and private photos of mine were stolen and unfortunately they were shared publicly without my consent,” Paige said in a statement on Twitter.

In the days after the leak, explicit material ranging from topless bathroom selfies to X-rated videos showing other current or former WWE Superstars began to emerge online.

These leaks are part of a large hacking scandal that has resulted in personal photos of celebrities being stolen and distributed online.

A few days earlier, intimate photos of actresses Emma Watson and Amanda Seyfried began spreading on the dark corners of the internet. The leak — dubbed “The Fappening 2.0” in reference to a similar celebrity hacking scandal from 2014 — has targeted many other famous names.

In the midst of the scandal, rumors spread that hackers had targeted other wrestlers and more material was forthcoming.

“There have been claims that others will follow,” Dave Meltzer said in his report on the scandal in the Wrestling Observer Newsletter.

The claim turned out correct as nude photos of WWE Superstar Charlotte Flair leaked online in May 2017.

“Private photos of mine were stolen and shared publicly without my consent,” Flair said in a statement on Twitter. “These images must be removed from the Internet immediately.”

The photos show Flair taking several nude selfies in front of a mirror with her cell phone, which got fitted with a WWE-branded case.

Naturally, this has fans wondering if Asuka is one of the leak victims. While she isn’t, there are risqué images and videos of “The Empress of Tomorrow” floating online.

Prior to joining WWE, Asuka starred in four gravure DVDs, titled Manifesto (マニュフェスト Manyufesuto, 2011), Manifesto II (マニュフェストII Manyufesuto II, 2012), Sadistic Tails (2012), and Manifesto Final (マニフェスト Final Manifesuto Final, 2015). She is known as Kana in the DVDs, which was her ring name while wrestling in Japan.

For those wondering what gravure is, it is softcore glamour photography generally accentuated by an air of playfulness and innocence as opposed to aggressive sexuality. Although gravure models may sometimes wear clothing that exposes most of the body, they seldom appear fully nude.

This series of sexy videos shows Asuka in skimpy lingerie and posing in a provocative way. Things get pretty steamy as she has no problem getting herself wet (as in spraying water on herself) and giving close-up shots of her cleavage. There’s even a shower scene where Asuka offers up-close shots of her ass in a thong (or a thong underneath see-through underwear).

If you’ve ever wanted to see Asuka wearing little clothing outside of the ring, these DVDs are definitely for you. While Asuka doesn’t appear nude or even topless, she is showing far more skin than you would expect from the fierce competitor.

The Hottest Photos Of Asuka →
Asuka proves why she’s among the finest women in WWE in these 50 hot photos.

© 2021 Pro Wrestling Pix. This website is not affiliated with any wrestling organization.