You have reached the cached page for https://www.dailymail.co.uk/tvshowbiz/article-2506266/Alesha-Dixon-takes-baby-daughter-Azura-stroll.html
Below is a snapshot of the Web page as it appeared on 11/9/2021 (the last time our crawler visited it). This is the version of the page that was used for ranking your search results. The page may have changed since we last cached it. To see what might have changed (without the highlights), go to the current page.
You searched for: +beverly harris alesha dixon mother dies images of life photos We have highlighted matching words that appear in the page below.
Bing is not responsible for the content of this page.
Alesha Dixon takes her baby daughter Azura for a stroll | Daily Mail Online

No need for make-up! Fresh-faced Alesha Dixon takes her baby daughter Azura for a stroll in a £659 pushchair

The joy of motherhood is clearly evident on Alesha Dixon's face.

Because the Britain's Got Talent star looked as pretty as ever, without a stitch of make up on, as she took her baby daughter Azura for a stroll in her local park, in a £659 Stokke Xplory pushchair.

Joined by her mother Beverly, Alesha, 35, showcased her winning smile as the pair enjoyed the fresh November air on Tuesday afternoon. 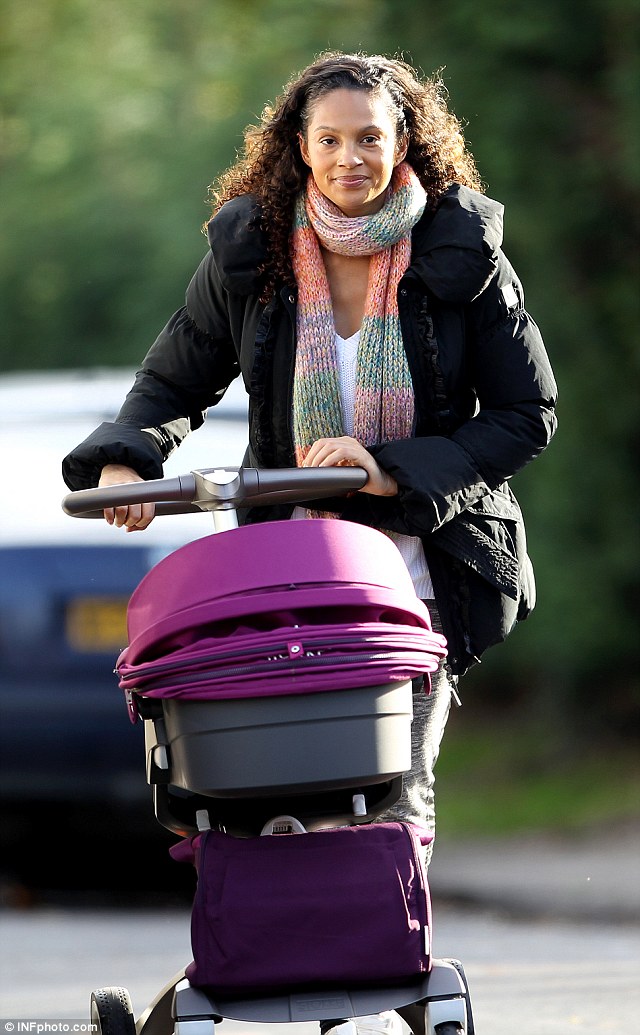 Hey mama: Alesha Dixon takes her baby daughter Azura for a walk with her mother Beverly in London

It was probably the most natural Alesha has been seen in a while, after all, on the ITV talent show she is normally dressed to the nines in a gorgeous outfit alongside fellow judges Amanda Holden, David Walliams and Simon Cowell.

The former Mis-Teeq star long curl hair was pulled back by headband to reveal her fresh face, with only a few signs of tiredness that a newborn baby can bring.

At one point in their walk, Alesha's partner and Azura's father Azuka Ononye appeared briefly, before continuing his run in the other direction. 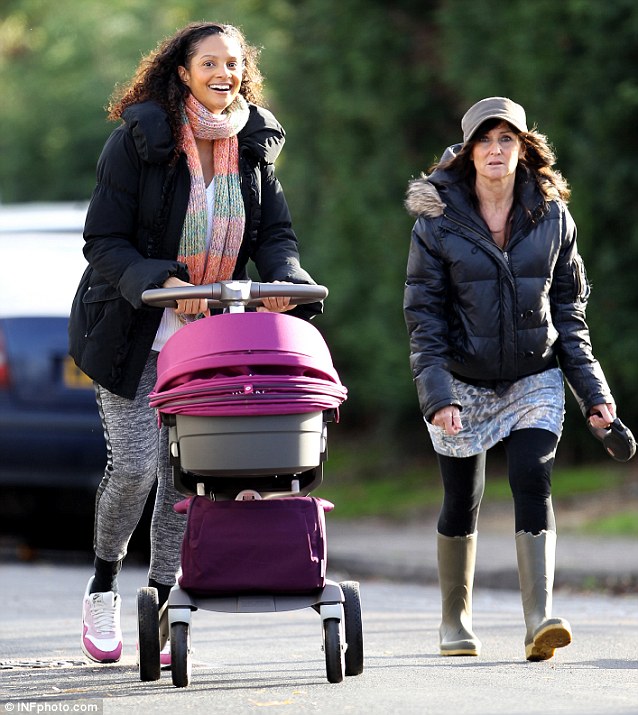 Filled with joy: Alesha looked happy to be out of the house with her baby, after given birth last month 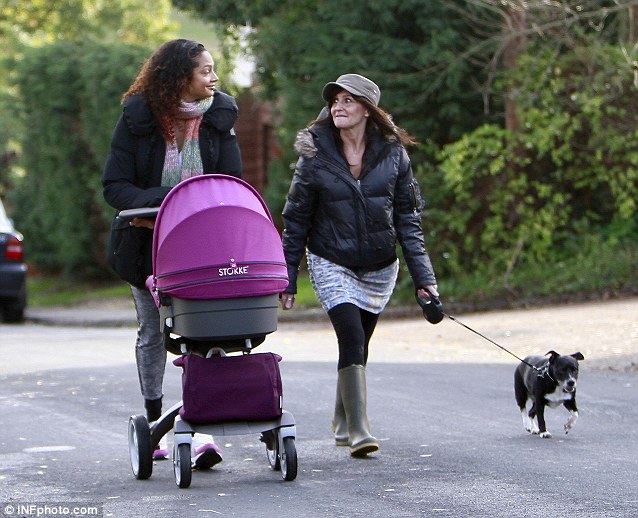 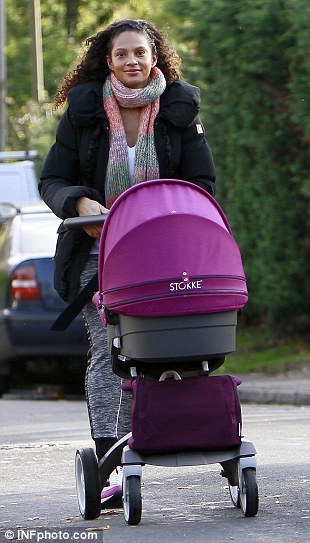 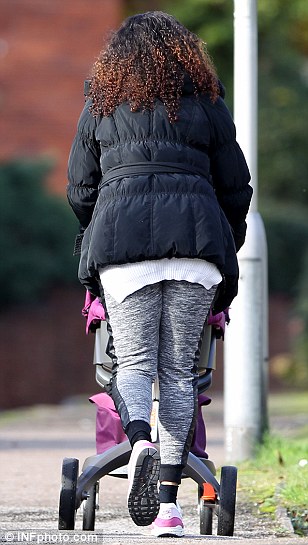 Au Natural: Alesha showed off her pretty curls and went without make-up for the afternoon walk

The couple welcomed their little girl in early October, and she announced their news via Twitter, writing: 'Thank you for all of your lovely birthday messages! I've had the best present in the world. My baby girl Azura Sienna was born last week!!! I'm elated and over the moon :) x.'

Alesha announced in June that she and Ononye, 32, were expecting a baby together, and she was six months pregnant while filming Britain's Got Talent.

Her spokesperson told MailOnline at the time: 'Alesha Dixon and her partner Azuka Ononye are delighted to announce they are expecting their first child later this year. 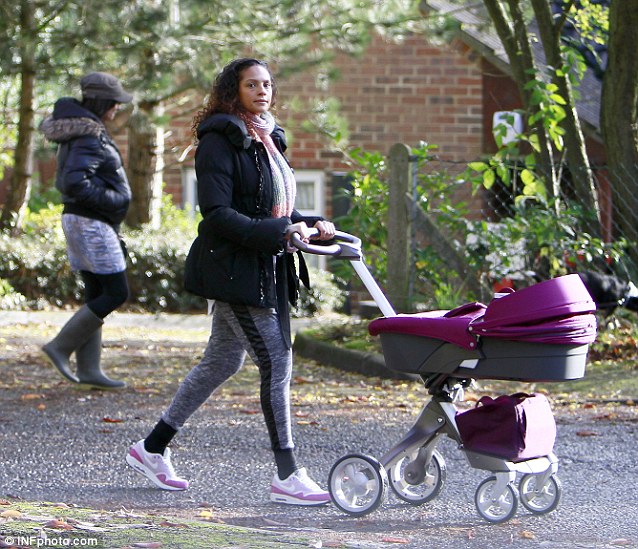 Taking a break: The Britain's Got Talent judge is no doubt making the most of her time with her first child 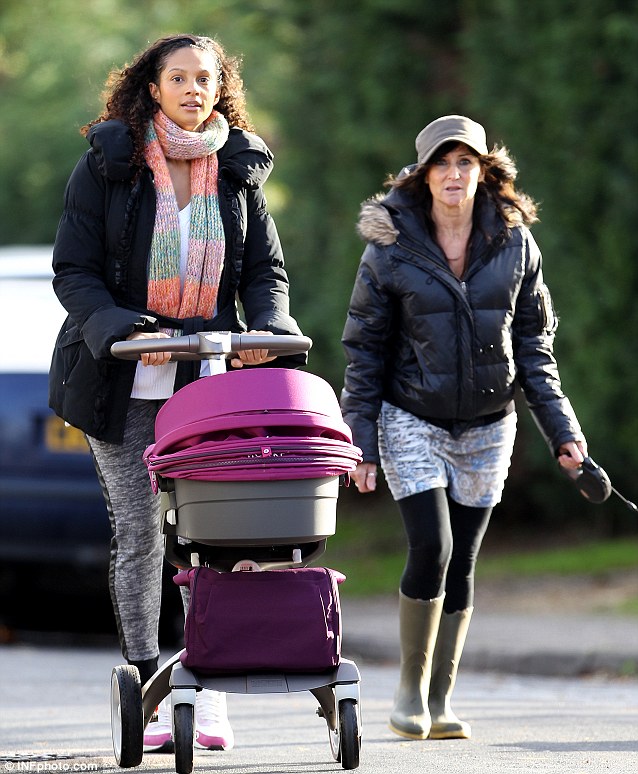 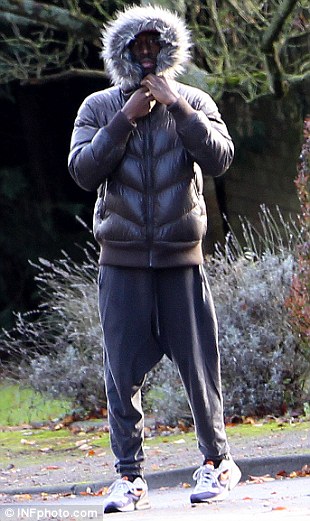 Baby daddy: The Nigerian dancer, known as Az, has been in Alesha's life since the breakdown of her marriage to former So Solid Crew member MC Harvey that same year

'Alesha and Azuka are looking forward to this happy chapter in their life and would request privacy to enjoy this happy and most important event.'

News that the pair, who have known each other for the past seven years, had embarked on a romance broke in 2012 when they were spotted holidaying together in Marbella.

At the time a source told The Mirror: 'Everyone’s really excited that Alesha has found love again.

'They get on brilliantly and Alesha likes the fact Az isn’t a celebrity and is just a normal, down-to-earth guy.'

They met back in 2006 as Alesha embarked on her solo career following the split of her former band Mis-Teeq.

The Nigerian dancer, known as Az, has been in Alesha's life since the breakdown of her marriage to former So Solid Crew member MC Harvey that same year. 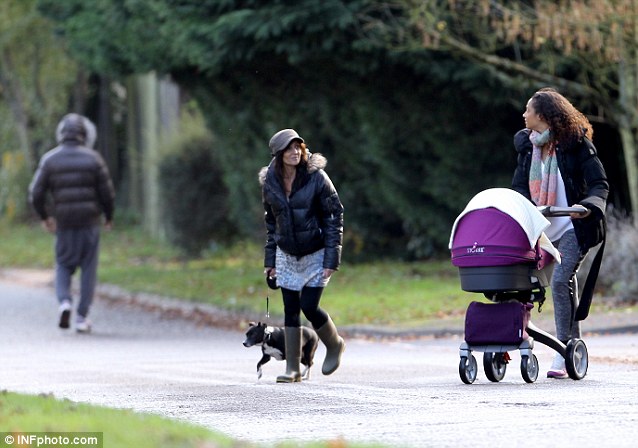 Happy days: The couple welcomed their little girl in early October, and she announced their news via Twitter

Alesha Dixon takes her baby daughter Azura for a stroll