You have reached the cached page for https://letterboxd.com/film/bayou-caviar/
Below is a snapshot of the Web page as it appeared on 11/16/2020 (the last time our crawler visited it). This is the version of the page that was used for ranking your search results. The page may have changed since we last cached it. To see what might have changed (without the highlights), go to the current page.
You searched for: +bayou caviar movie cast We have highlighted matching words that appear in the page below.
Bing is not responsible for the content of this page.
‎Bayou Caviar (2018) directed by Cuba Gooding Jr. • Reviews, film + cast • Letterboxd 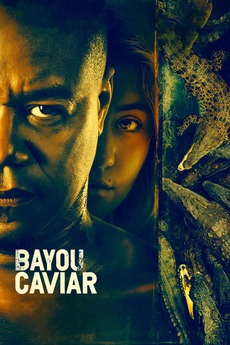 Rodney is a former boxing champ who, after a deathbed visit to his trainer and mentor, is propelled into reclaiming victory for his now simple life as a nightclub bouncer. He partners with a no-nonsense, lesbian photographer and an aspiring starlet to make a compromising tape with Isaac—a married, devout, Orthodox Jewish real estate mogul—that sets off a chain of events that brings down an empire.

An attempt to make a list of every film ever directed by an actor-turned director. (Ranked in order of Letterboxd…

F*ck It. Here's a list of Movies on Amazon Prime from the last few months that I couldn't fit on My MAIN Prime List

My main list of 3,329 noteworthy movies on Amazon Prime.

Tell me if you see anything that should be added…

Movies With Their Directors in Them

Movies that have their own directors in them, whether they star, or just make cameo appearances. The list will progress…

The descent of Cuba Gooding, Jr.

Movies I Own & Need to Watch

Movies I have yet to watch!!

A list of notable films Directed,Written,Edited,Acted or Produced by YouTubers