You have reached the cached page for https://letterboxd.com/film/alvin-and-the-chipmunks-the-squeakquel/
Below is a snapshot of the Web page as it appeared on 11/25/2020 (the last time our crawler visited it). This is the version of the page that was used for ranking your search results. The page may have changed since we last cached it. To see what might have changed (without the highlights), go to the current page.
You searched for: +alvin and the chipmunks: the squeakquel movie toby We have highlighted matching words that appear in the page below.
Bing is not responsible for the content of this page.
‎Alvin and the Chipmunks: The Squeakquel (2009) directed by Betty Thomas • Reviews, film + cast • Letterboxd 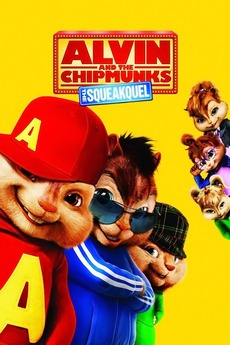 Alvin and the Chipmunks: The Squeakquel
JustWatch

Alvin and the Chipmunks: The Squeakquel

The Boys are back in town... and they have competition.

Pop sensations Alvin, Simon and Theodore end up in the care of Dave Seville's twenty-something nephew Toby. The boys must put aside music super stardom to return to school, and are tasked with saving the school's music program by winning the $25,000 prize in a battle of the bands. But the Chipmunks unexpectedly meet their match in three singing chipmunks known as The Chipettes - Brittany, Eleanor and Jeanette. Romantic and musical sparks are ignited when the Chipmunks and Chipettes square off.

The 1001 Greatest Films, ranked as objectively as possible

Every Film featuring an SNL Alum

The complete collective filmography of all 156 featured Saturday Night Live cast members of past and present. To be included,…

I created this list of Letterboxd movie Collections to make it easier to find related movies. The "Collection Name" is…

This list is for movies, shorts, or mini-series directed or co-directed by women. Recs welcome!

Be sure to check out…

Musicals are my favourite film genre. It is the only genre which really took off with the birth of sound,…

Who Wants to Rock? A Comprehensive List Of Movies that Rock

This is a detailed list of movies that revolve around rock or are great bio-pictures about a musician/group. This list…