Actor Pranutan Bahl recently shared a few monochromatic pictures from her photoshoot on her Instagram handle & fans loved them; see the post below.

Indian actress Pranutan Bahl recently shared some Instagram posts presumably from a photoshoot. Pranutan Bahl is a third-generation actor hailing from one of Bollywood's prominent families, the Mukherjee-Samarth family; she is the granddaughter of legendary actress Nutan. Bahl is the daughter of actor Monish Bahl, who has appeared in many Bollywood films over the course of his career.

Pranutan recently shared 3 beautiful monochromatic photos on Instagram from a photoshoot. She captioned the first photo as "I'm right here" in which the actress can be seen sitting near a window. She captioned the second picture as "mindful" where she can be seen sitting with her hands on her hips while posing for the camera. The third photo was captioned "don’t stop, stop the music" and Pranutan can be seen with her hands in her hair looking down while posing for the picture. Take a look at the posts below:

Pranutan Bahl's photos often receive a lot of attention from fans who seem to be very fond of the new-age actress. Many fans responded to the photos shared by Pranutan with many of them leaving hearts and fire emojis on the photos. Many of her fans also commented with compliments like "Gorgeous", "Nice" & "Lovely", one fan even wrote to the actress calling her "the definition of sexiness". Take a look at some of the comments on Pranutan Bahl's Instagram posts below. 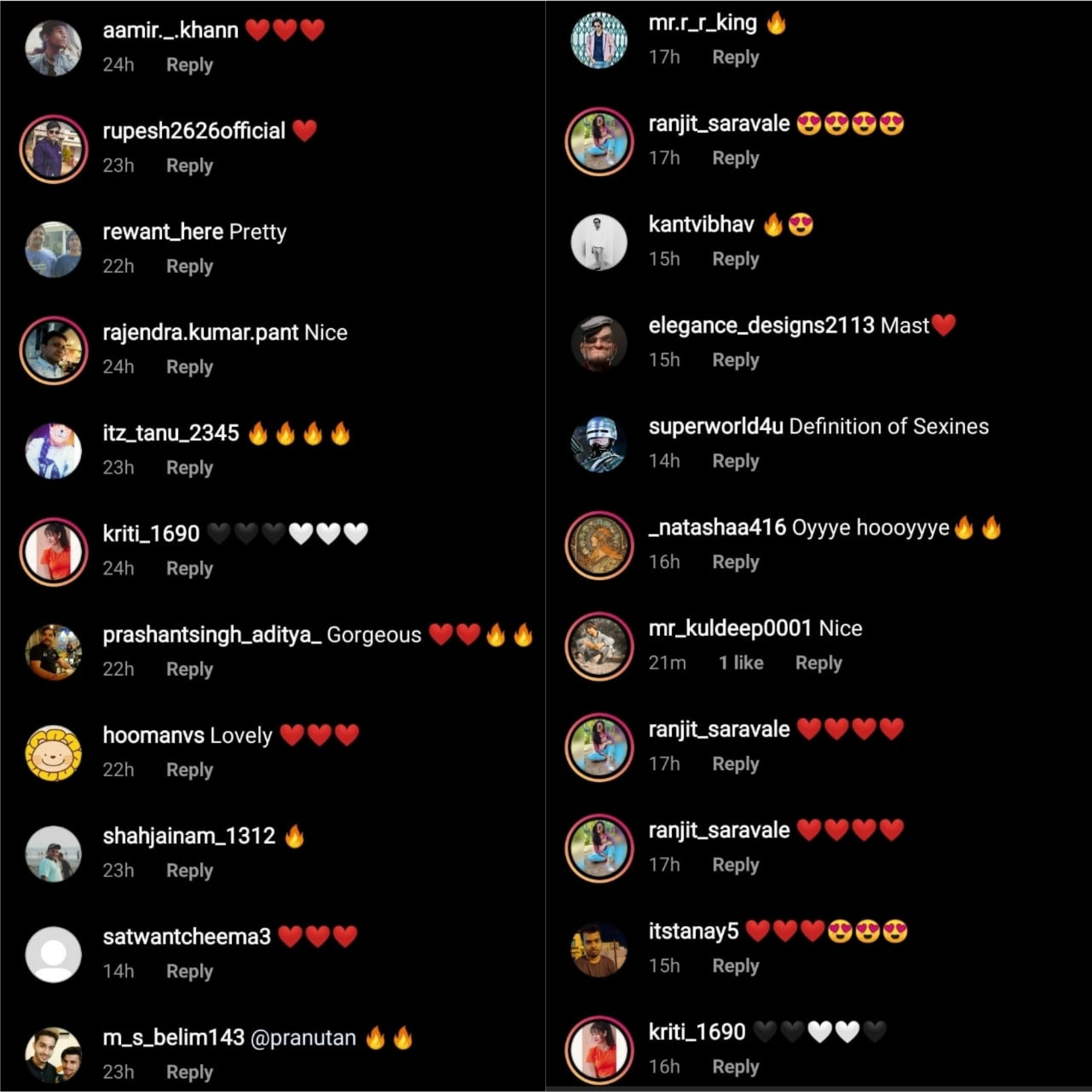 Pranutan Bahl has gained a fair amount of popularity on Instagram since starring in her debut film Notebook. The actress already enjoys a following of more than 500k on her handle. Pranutan often shares photos from her photoshoots, pictures of her family and much more with her fans much to their delight as her fashion sense usually grabs the interest of her doting fans.

Although Pranutan Bahl's debut film Notebook failed to make a mark on the box office, the actress is determined to make an impact herself. Pranutan is set to appear in yet another movie called Helmet in which the actress will be playing a lead role. Pranutan will be co-starring in the film with fellow actor Aparshakti Khurana and the film is set for a 2021 release. Take a look at a post that Pranutan shared on her Instagram from the sets of Helmet with Aparshakti Khurana on his birthday.