You have reached the cached page for https://www.yourtango.com/2018319082/who-is-roy-blunts-wife-abigail-perlman-blunt
Below is a snapshot of the Web page as it appeared on 3/7/2021 (the last time our crawler visited it). This is the version of the page that was used for ranking your search results. The page may have changed since we last cached it. To see what might have changed (without the highlights), go to the current page.
You searched for: +abigail perlman photo We have highlighted matching words that appear in the page below.
Bing is not responsible for the content of this page.
Who Is Roy Blunt's Wife? New Details About Abigail Perlman Blunt | YourTango
Follow Us
Sign in
Follow Us
Sign in

In one of the political upsets for Democrats during the 2018 midterm elections, Senator Claire McCaskill was defeated by Republican Josh Hawley. This means that Senator Roy Blunt will become Missouri’s senior Senator when McCaskill leaves office in January. But this isn’t his first run in politics. He’s served as a junior Senator since 2011, and before this, was in the U.S. House of Representatives, and was Missouri Secretary of State.

Though many of his Republican colleagues speak about being bipartisan — but then have voting records that show otherwise — Blunt has a history of voting for legislation that has Democratic co-sponsors.

RELATED: Who Is Don McGahn? New Details On The Current White House Counsel And Assistant To The President

According to the St. Louis Post-Dispatch, “The soft-spoken Blunt often runs against the grain of Washington’s hyper-partisanship. He has one of the Senate’s most conservative voting records, yet he generally avoids the confrontational, firebrand style of younger conservatives such as senators Ted Cruz, R-Texas, and Tom Cotton, R-Ark.”

But that hasn’t stopped him from holding certain viewpoints: he’s against raising minimum wage, he worked with Monsanto to author a rider called the Farmer Assurance Provision, doesn’t think humans are involved in climate change, supported the president’s executive order/”Muslim ban,” and has over $4.5 million in contributions from the NRA.

But what about his personal life? What do we know about his family, kids, and how they respond to his viewpoints? Just who is Roy Blunt’s wife? Here are 4 things to know about Abigail Perlman Blunt. 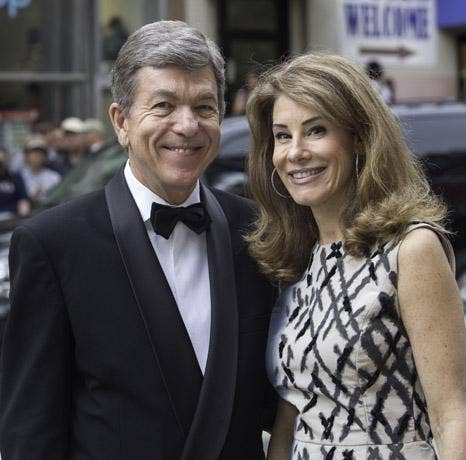 RELATED: Who Is Jeff Flake? 5 Details About The Senator Who Called To Delay Brett Kavanaugh's Supreme Court Vote At The Last Minute

The couple adopted an 18-month-old boy from Russia, whom they named Charlie.

Blunt was married to his first wife, Roseann Ray, from 1967 to 2003. They have three kids together: Matt, Andrew, and Amy, all of whom are corporate lobbyists. Matt is the former governor of Missouri and Andrew is a political consultant. 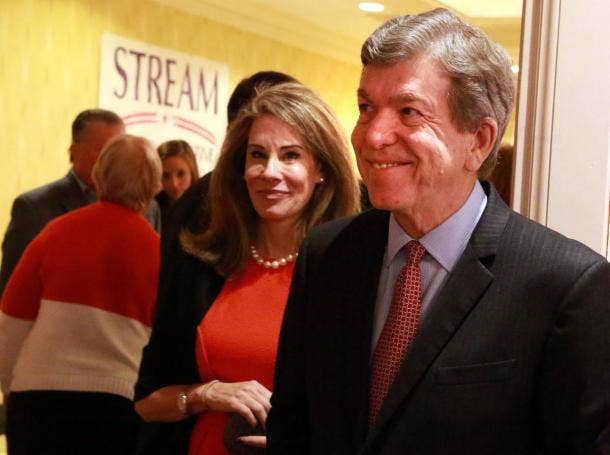 She’s a lobbyist for Altria Group, the parent company of cigarette maker Philip Morris. But according to the family, they’ve taken measures to prevent conflicts of interest. He’s recused himself from anything affecting Altria, and she’s agreed not to lobby anyone in Congress. She also lobbies for Kraft Food Groups and was named 45 out of 10,000 lobbyists.

Samantha Maffucci is an associate editor for YourTango who focuses on writing trending news and entertainment pieces. In her free time, you can find her obsessing about cats, wine, and all things Vanderpump Rules.