So you married this woman knowing your family was gonna use her as a sacrifice?! 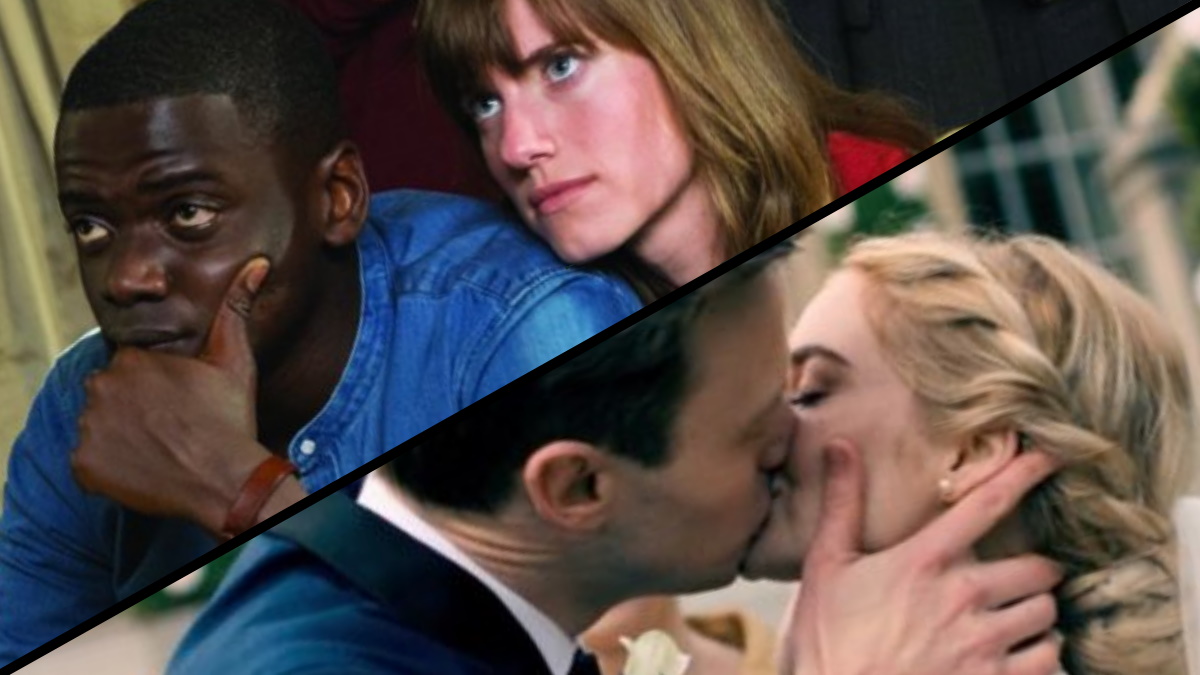 My first memories of horror consist of the likes of striped sweater wearing dream demons, candied men with hooks, and a particular hockey mask that struck fear in the hearts of camp counselors. Over time, my scope of what a horror villain looked like shifted into something more terrifying: the people you trust the most, namely significant others who are supposed to try to help you survive.

Sometimes, in horror, the partner you should trust is a Jack Torrance (The Shining) or Guy (Rosemary’s Baby). Other times, your partner claims they “didn’t mean to get you involved” in a situation that they knew damn well could only end in disaster, hence why they kept it a secret in the first place.

The list of those kinds of characters is an ongoing one, so I thought I’d name just a couple who come to mind.

It’s bad enough that Billy (and Stu) killed Sidney’s mother because he blamed her for breaking up his family, but he had a hand in killing a number of Sidney’s friends and was gonna pin the whole thing on Sidney’s dad!

He slept with Sidney knowing that his plan was to murder her and the people she cared about.

He took time out of his murder spree to make sure he had sex with her. Guess that means she can’t be a final girl anymore, huh?

Ah, Billy Loomis, my earliest memory of a bad horror boyfriend f*cking around and finding out.

In You’re Next, Erin finds herself at the worst family dinner imaginable as a masked group of killers start picking off the Davisons one by one. Unfortunately for the killers (and fortunately for my viewing pleasure), Erin is the epitome of a badass final girl. Turns out she grew up in a survivalist compound so she knows how to defend herself, taking out the killers in delightfully brutal ways.

Apparently, though, the killers were hired by people in the Davison family who wanted the inheritance money for themselves. This includes Crispian, Erin’s boyfriend, who decided to bring her to dinner during this planned family murder because, according to him, she was supposed to be a witness to what took place.

If that’s the case.

Why didn’t you tell her the plan in the beginning?

What if the masked killers went after her? Wait, never mind, they DID go after her, though according to Crispian, she wouldn’t have been hurt if she “acted normally” instead of … defending herself … from murderers …

Needless to say, she stabs him in the neck, then the eye.

Alex Le Domas (Ready or Not)

When Grace finds out that the family she just married into plans on sacrificing her in a demonic game of hide-and-seek, her husband, Alex, does the sensible thing and … blames her for marrying him?! Before we learn the truth behind the family’s intentions, there are moments when Alex asks Grace if she’s absolutely sure she wants to marry him because his family is kinda … not great.

Note: He brings this up REAL close to their wedding.

Grace, thinking nothing of it (because WHY would she?!), goes on to marry Alex because, you know, she loves him.

The fact that Alex initially blames Grace for having the nerve to marry the man she loves is abysmal. Eventually, he attempts to do the right thing and help her get free … until he realizes that she’ll never trust him again, leading to him going full-on “sacrifice this woman.”

Fortunately, Grace survives the night, and as the Le Domas family dies, Alex begs Grace to forgive him.

Grace tells him that she wants a divorce.

While it wasn’t Ellison’s intention to discover film reels of sinister (har har) murders that would eventually lead to the gruesome death of him and his family, he certainly didn’t help things by moving his family into a house where a grisly murder took place.

All so he could write his next big crime thriller.

Families in horror movies move into haunted houses on a regular basis, but in the case of Sinister, Ellison failed to mention the kind of house they had moved into. In fact, when his wife, Tracy, asks if they’ve moved close to a crime scene again (because I guess this is a thing they do), Ellison reassures her that they didn’t.

Because, well, this time they live at the crime scene. So, technically he’s not lying to her.

Full disclosure: When I initially thought of writing this list, it was all boyfriends and/or husbands, but then I remembered Get Out and how Rose played the part of “supportive white girlfriend who is totally fine with leaving if her boyfriend is uncomfortable,” only to find out she was a part of the whole “transplant white brains into Black bodies” experiment.

Her grandparents are in the bodies of people she used to date!

Rose had the act down to a science. She talked back to racist police officers. She reassured Chris in his discomfort about her family. She knew exactly how to get him to talk himself out of leaving. She even knew what to say when Rod tried to call her out on her bullshit.

Hell, she knew to beg for help when she thought the cops were coming to stop Chris from killing her.

Truly a terrible partner to have in a horror movie—and in general.

Happy Halloween, everyone! And remember, if your partner is taking too long to find the keys as their family gets creepier by the second? Run.

Want more stories like this? Become a subscriber and support the site!

—The Mary Sue has a strict comment policy that forbids, but is not limited to, personal insults toward anyone, hate speech, and trolling.—

Have a tip we should know? [email protected]

Briana (she/her - bisexual) is trying her best to cosplay as a responsible adult. Her writing tends to focus on the importance of representation, whether it’s through her multiple book series or the pieces she writes. After de-transforming from her magical girl state, she indulges in an ever-growing pile of manga, marathons too much anime, and dedicates an embarrassing amount of time to her Animal Crossing pumpkin patch (it's Halloween forever, deal with it Nook)

Have a tip or story idea? Email us. Or to keep it anonymous, click here.