Winston Churchill was an inspirational statesman, writer, orator and leader who led Britain to victory in the Second World War. He served as Conservative Prime Minister twice - from 1940 to 1945 (before being defeated in the 1945 general election by the Labour leader Clement Attlee) and from 1951 to 1955. 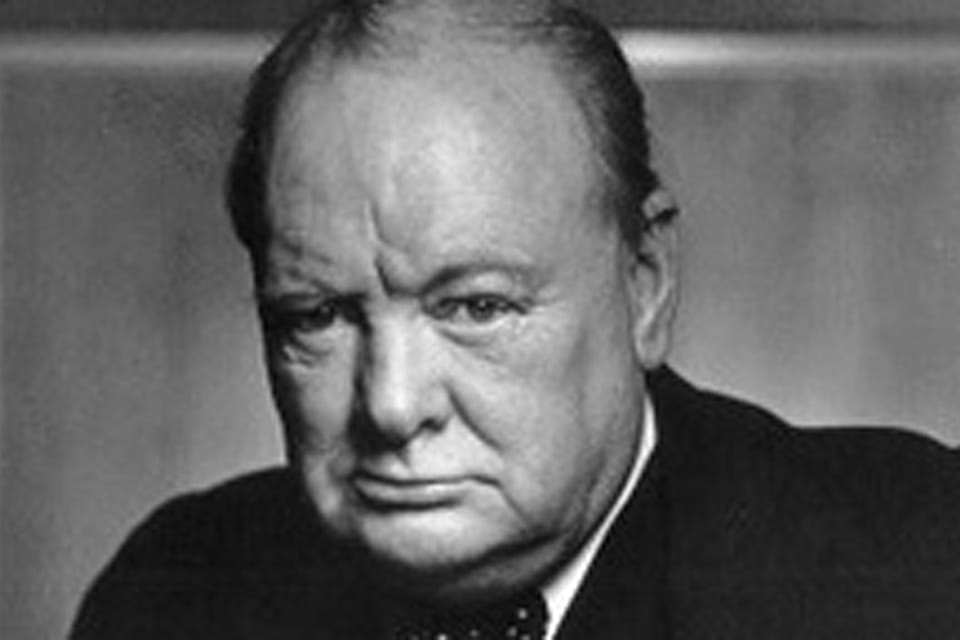 Churchill was awarded the Nobel Prize in Literature in 1953 for his many published works. More information including archive footage can be found at the Churchill War Rooms.

Winston Churchill was born on 30 November 1874, in Blenheim Palace, Oxfordshire and was of rich, aristocratic ancestry. Although achieving poor grades at school, his early fascination with militarism saw him join the Royal Cavalry in 1895. As a soldier and part-time journalist, Churchill travelled widely, including trips to Cuba, Afghanistan, Egypt and South Africa.

Churchill was elected as Conservative MP for Oldham in 1900, before defecting to the Liberal Party in 1904 and spending the next decade climbing the ranks of the Liberal government. He was First Lord of the Admiralty (the civil/political head of the Royal Navy) by the time of the disastrous Gallipoli campaign, which he created. Heavily criticised for this error, he resigned from this position and travelled to the Western Front to fight himself.

The interwar years saw Churchill again ‘cross the floor’ from the Liberals, back to the Conservative Party. He served as Chancellor of the Exchequer from 1924, when he controversially opted for Britain to re-join the Gold Standard. Following the Tory electoral defeat in 1929, Churchill lost his seat and spent much of the next 11 years out of office, mainly writing and making speeches. Although he was alone in his firm opposition to Indian Independence, his warnings against the Appeasement of Nazi Germany were proven correct when the Second World War broke out in 1939.

Following Neville Chamberlain’s resignation in 1940, Churchill was chosen to succeed him as Prime Minister of an all-party coalition government.

Churchill, who also adopted the self-created position of Minister for Defence, was active both in administrative and diplomatic functions in prosecuting the British war effort. Some of his most memorable speeches were given in this period, and are credited with stimulating British morale during periods of great hardship. However, Labour leader Clement Attlee’s unexpected General Election victory in 1945 saw Churchill out of office and once again concentrating on public speaking. In his 1946 speech in the USA, the instinctive pro-American famously declared that “an iron curtain has descended across the Continent”, and warned of the continued danger from a powerful Soviet Russia.

By his re-election in 1951, Churchill was, in the words of Roy Jenkins, “gloriously unfit for office”. Ageing and increasingly unwell, he often conducted business from his bedside, and while his powerful personality and oratory ability endured, the Prime Minister’s leadership was less decisive than during the war. His second term was most notable for the Conservative Party’s acceptance of Labour’s newly created Welfare State, and Churchill’s effect on domestic policy was limited. His later attempts at decreasing the developing Cold War through personal diplomacy failed to produce significant results, and poor health forced him to resign in 1955, making way for his Foreign Secretary and Deputy Prime Minister, Anthony Eden.

Churchill died in 1965, and was honoured with a state funeral.