You have reached the cached page for https://wonderfulrife-2.blogspot.com/2012/12/cool-japanese-packaging-milk.html
Below is a snapshot of the Web page as it appeared on 9/24/2021 (the last time our crawler visited it). This is the version of the page that was used for ranking your search results. The page may have changed since we last cached it. To see what might have changed (without the highlights), go to the current page.
You searched for: +Why did Japan use kamishibai in World War 2? We have highlighted matching words that appear in the page below.
Bing is not responsible for the content of this page.
Cool Japanese Packaging - Milk ~ JapanAWonderful 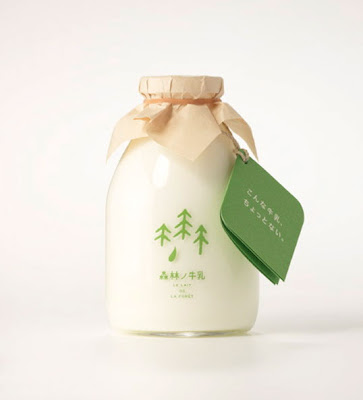 Perhaps because I like things that hold milk, I was actually looking up this topic. That's my excuse. Anyhow, check out the very cool milk container created by Rise Design Office - now known as Himamoto Design of Tokyo, Japan.

This is a small glass container with a neat kanji (Japanese language pictograph) depicting three trees denoting a forest (mori). What stands out about it is the cool green colors of the typography with makes one think of organics or the forest, which is appropriate as the farm lets the cows roam free in an unused forest year-round. The farmer believes that with the free-range cows, the cows are less stressed (obviously) and will therefore produce a better tasting milk.

Of course, the use of glass harkens back to the old days when that was the only way you could get your milk in a package, excluding fresh from the cow's teat.

Another cool addition to the packaging is the fact that it has a nice tan-colored bit of tissue paper wrapped around the bottle cap, making it seem less like a grocery store package and more like the high-quality niche milk product it is... and perhaps justifying its higher price tag. Hey... you want a better tasting milk, this packaging is suggesting you can judge a book by its cover.

The milk bottle was nominated for a Japanese 2009 Good Design Award. Founded in 1957, the Good Design Awards (generally known as the "G Mark system") is Japan's only comprehensive design evaluation and commendation system and is organized by the Japan Industrial Design Promotion Organization (JIDPO).