You have reached the cached page for https://racingnews365.com/who-is-nicholas-hamilton-much-more-than-lewis-brother
Below is a snapshot of the Web page as it appeared on 4/4/2021 (the last time our crawler visited it). This is the version of the page that was used for ranking your search results. The page may have changed since we last cached it. To see what might have changed (without the highlights), go to the current page.
You searched for: +Who is Nicholas Hamilton? We have highlighted matching words that appear in the page below.
Bing is not responsible for the content of this page.
Who is Nicholas Hamilton? Much more than Lewis’ brother | RacingNews365

Become part of the largest racing community in the United Kingdom. Create your free account now!

Who is Nicholas Hamilton? Much more than Lewis’ brother

Lewis Hamilton may have seven world championships under his belt, but the life story of his younger brother Nicolas Hamilton may be even more inspirational. He told his story about his long journey to make it as a driver in one of the most prestigious British Racing series to RacingNews365. 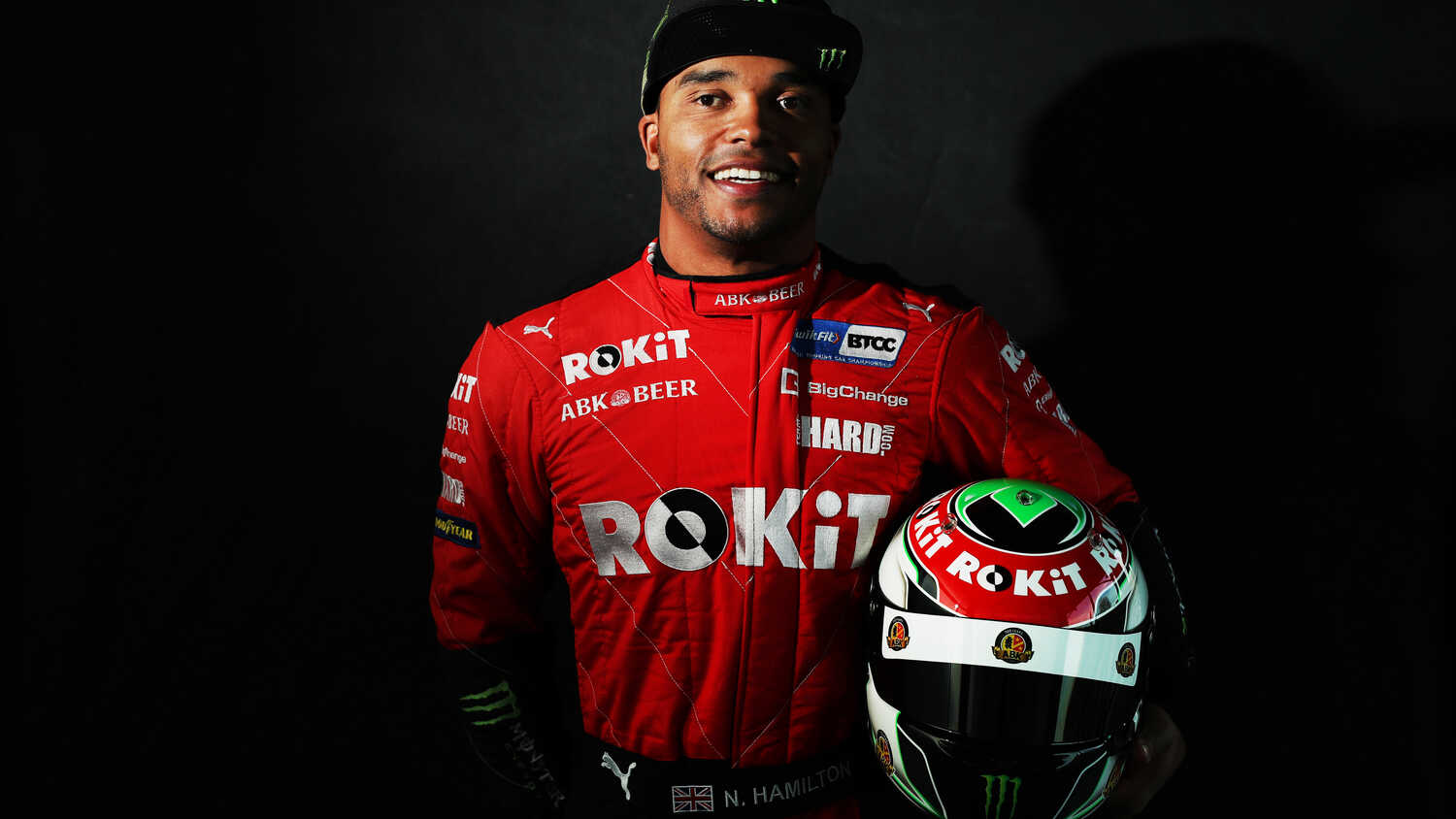 Like most racing drivers currently, Nicolas Hamilton is spending his days at home under lockdown. The 28-year old driver is doing well, or at least as well as anyone is doing in these strange times. Together with his girlfriend, who is also his personal trainer, Hamilton is working to stay as sharp, fit and healthy as possible during the lockdown.

For almost a decade, the younger of the two Hamilton brothers has been working his way up the British motorsport ladder. Coronavirus permitting, he will begin his second consecutive season in the British Touring Car Championship, the highest level of sportscar racing in the UK, this August.

However, it wasn’t always a certainty that Nicolas would make a name for himself as a professional driver like his older brother has.

He was born two months prematurely and diagnosed with Cerebral Palsy, a disorder caused by damage to the brain which prevents the British driver from moving his legs properly and inhibits muscle growth. When he was just 18 months old, his parents were told that Nicolas would likely never be able to walk and would spend the rest of his life in a wheelchair. But when his seven-year old brother began getting involved in motorsport and showed promising natural ability, the younger Hamilton also turned his gaze towards the track.

"I've wanted to race for as long as I can remember," Hamilton admits. “We were just a poor black family with no concrete plans, no goals, but motorsport and racing is all I can remember, crawling into a car. My parents didn't want me to do anything that was potentially dangerous either, so I didn't get the chance at the time to chase my love, my passion.”

Despite his disadvantages, Nicolas was determined to overcome his disabilities and after years of dedication, hard work and persistence, he was finally able to put his wheelchair to the side and walk on his own. In the meantime, he lived his passion for motorsport through the medium of racing games.

"I did nothing but play games. I loved motorsport, but I couldn't practice it, so I turned my attention to the online racing world." Hamilton proved to be a talent, and in a short period became one of the best online races in the UK.

"That taught me so much. About braking, racing lines, cornering, engineering and how to set up my car."

The dream finally became a reality when, at the age of 18, after years of pushing his father, Anthony, to race, he finally got the chance to go to a racing school. By the end of the first day, he was already several seconds faster than the instructor.

"Then I realized that I could possibly make a career in motorsport, provided I worked hard and convinced my father."

And make a career he has. In 2011, with his brother already an F1 world champion, Nicholas jumped into the British Renault Clio Cup to launch his own motorsport career.

“With the help of my father and to some extent of course my brother's success, I got into motorsport and had the opportunity to make a career. At that time I was just a kid who wanted to race and I had little sense. of everything that went into it, such as finding sponsors and budget. Racing is just the only thing I could think about,” he said.

However, that all changed after one season when his father informed him that he would need to learn how to raise money to compete through sponsors for himself.

"Then I went from a racing driver who had everything in his first year to a racing driver who actually had nothing, while I also didn't know how to create opportunities for myself," he says. He could have gone the easy way and asked his brother for financial help, but he deliberately chose not to. "I've never asked him for help. I want to create my own opportunities, that's what it's all about for me, I don't want to be dependent on others."

He soon realised that despite his well-known surname, his success was not going to come easy.

"You really need a business brain if you want to be successful in motorsport and years later I am still learning how to do it," admits Hamilton, who has been without a seat several times during his journey in the motorsport world. "It has been a period of success and failure, of trial and error. Hopefully I can now build a strong platform and be active in motorsport for many consecutive years, because if you don't race constantly, you don't gain experience.”

He eventually became the first ever disabled driver to compete in the British Touring Car Championship, but his inexperience has also caused him issues on his route to the top.

"I actually have little experience, because there have been a few years where I hardly ever raced. I am now trying to change that by building a team around me that stands behind me and can help me."

Unfortunately, getting into the motorsport world proper taught the younger Hamilton that not everyone has his best interests at heart. "It is very difficult to trust people. Many people have promised to help me, but that actually never ended well. That is why I kept going on my own, but in the end you will find the right people on your path", he says. 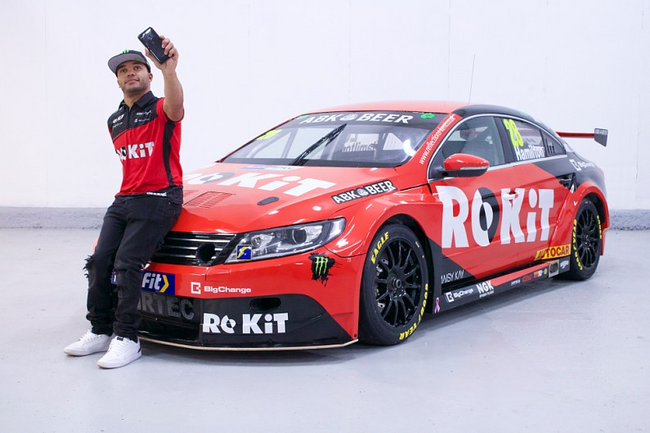 And that is exactly what he has done. He hopes that the coming season, his second in the top British racing series, will be the start of a long, durable career in motorsport. If his body allows, and if he wants to, he will continue racing.

"When it gets too dangerous for me to race, I will stop. As long as I can gather the money to race, then I will. Racing is my life, it is what I get up for in the morning, it is why I work so hard to make sure I'm strong and fit enough to race anyone. I wouldn't know what I would do without racing.”

What Nicolas Hamilton knows for sure is that he is proud of inspiring others with his story, which is something he has been doing for years in his role as a public speaker.

“I want to keep telling my story, taking on even more challenges and in that way also becoming a public figure outside of motorsport. I certainly see potential in that, but I can see how things are going. For now I want to focus on my racing career. but if I also had the opportunity to inspire people, that would be perfect for me. I may not have all the answers to everyone's questions, but I live to put a smile on someone else's face, " he concludes. 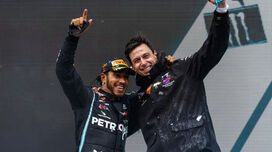 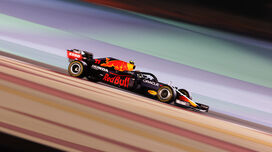 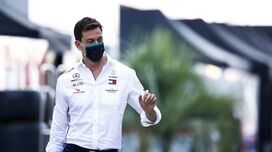 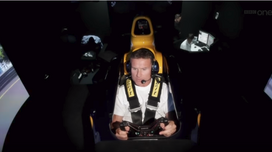 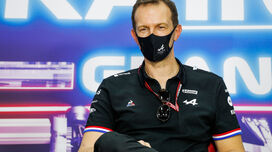 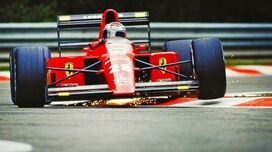 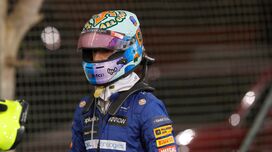 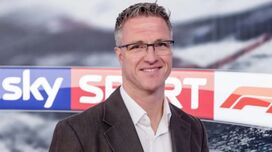 Ralf Schumacher Ralf admits he would have never got to Formula 1 without brother Michael
04 April 4:45PM
0 comments
More news