You have reached the cached page for https://www.tvshowsace.com/2021/01/30/julianne-hough-possibly-dating/
Below is a snapshot of the Web page as it appeared on 10/20/2021 (the last time our crawler visited it). This is the version of the page that was used for ranking your search results. The page may have changed since we last cached it. To see what might have changed (without the highlights), go to the current page.
You searched for: +Who are the Hough sisters married to now? We have highlighted matching words that appear in the page below.
Bing is not responsible for the content of this page.
Who Is Julianne Hough Dating After Split From Brooks Laich?
Tv Shows Ace
Skip to content 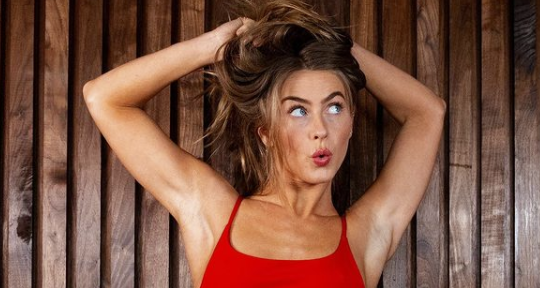 After a marriage ends, it’s understandable that those involved want to get back into the dating world. Now, rumors are flying around Dancing With The Stars veteran Julianne Hough. Is she indeed dating again after her split from Brooks Laich? Who could the new suitor be?

Fans recently spotted Julianne with Westworld actor Ben Barnes. E! News has exclusive photos of the two out for a fun ice cream outing. So is this a date, or just a pair of good friends getting ice cream? Witnesses who saw the pair together reportedly said they were very friendly with one another — almost to the point of flirty.

However, another source told E! News that Ben Barnes and Julianne Hough are just good friends, and have been for years. An ice cream outing for them is nothing unusual and doesn’t have any romantic undertones.

But since the source is anonymous, fans can still speculate. Be sure to swing by E! News‘s website and take a look at those cute photos for yourself. At the very least, it’s good that Julianne Hough seems so happy.

We reported back in November that Julianne and her husband Laich Brooks officially filed for divorce. The couple initially split up back in May 2020 after nearly three years of marriage, leading many fans to speculate the pandemic had something to do with it. After all, many couples chose to quarantine apart for one reason or another.

But then they released a joint statement regarding their separation.

“We have lovingly and carefully taken the time we have needed to arrive at our decision to separate,” Brooks and Julianne said in the statement. “We share an abundance of love and respect for one another and will continue to lead with our hearts from that place.”

The couple went on to request privacy during this difficult chapter.

However, it really seemed like they tried to patch things up at one point. Fans also spotted the couple at an Italian restaurant in August. A source reportedly told Entertainment Tonight that they just missed one another. It seems like they just couldn’t make things work.

This must be a difficult time in Julianne Hough’s life, but she’s trying to make the most out of a bad situation and move onward. She actively posts on Instagram and Twitter and seems excited to launch KINGRY, her new body positivity project.

The new @kinrgy_expanded site is up and ready to go! Come EXPLORE and sign up for your membership to access live AND on-demand classes! pic.twitter.com/VALa4ezudZ

So even if Ben Barnes and Julianne Hough aren’t romantically connected, fans can rest easy she has great friends and family members to rely on while she recovers from her breakup. We’ll let you know as soon as we know more about Julianne’s relationship status.

Keep following us on social media for more stories like these!

Follow me!
Nikole Behrens
Nikole Behrens is a 2017 graduate of Ball State University where she finished with a degree in creative writing and a minor in Japanese. Today she is a professional writer for various companies and really enjoys contributing to TV Shows Ace.

Follow me!
Latest posts by Nikole Behrens (see all)

Get the latest in your Inbox!