You have reached the cached page for https://rogerthomasreviews.wordpress.com/2014/08/01/reviews-of-the-past-brokeback-mountain/
Below is a snapshot of the Web page as it appeared on 5/3/2020 (the last time our crawler visited it). This is the version of the page that was used for ranking your search results. The page may have changed since we last cached it. To see what might have changed (without the highlights), go to the current page.
You searched for: +What is the name of the two young men in the movie Brokeback Mountain? We have highlighted matching words that appear in the page below.
Bing is not responsible for the content of this page.
Reviews of the past: ‘Brokeback Mountain’ | Cinema Corner

Roger Thomas has written movie reviews for The Stanly News & Press and other outlets for years, long before starting this blog. So we decided it would be good to give readers a sample of his previous work, in addition to posts of reviews of current films. The following is a review that first appeared on Ethicsdaily.com. Other reviews will run daily. 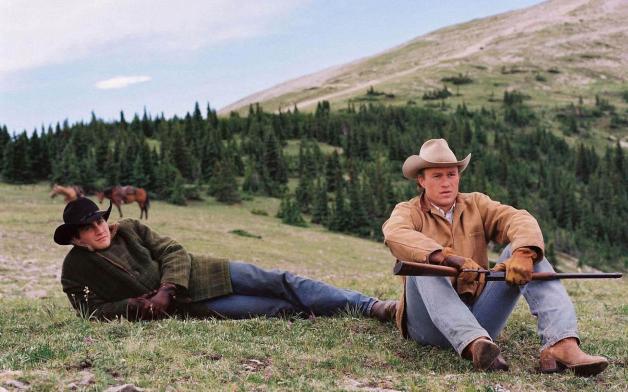 As we move ever closer to this year’s Academy Awards, there seems to be more and more discussion about the frontrunner for Best Picture, “Brokeback Mountain.” Most of the discussion, especially among Christian groups seems to focus on the homosexual relationship between the two lead characters and the liberalism of Hollywood for producing and acclaiming a film with such a subject.

This causes one to ponder, “Where is the outcry about the depiction of adultery in the film?” When did homosexuality become a greater sin than adultery? Has the former replaced that latter in the “Big Ten?” Perhaps to determine if this is true one should consult with Alabama Justice Roy Moore; he would certainly know if the commandments had been altered.

“Brokeback Mountain” tells the story of two young men, Ennis and Jack, who become sheep ranchers in the summer of 1963. While out in the wilderness, they become physically involved with one another. One can certainly argue that their relationship violates the passages in scripture which deal directly with the issue of homosexuality.

However, the events of that summer make up but a small part of the plot of the film. The majority of the film deals with how these two men continue their relationship after they marry and father children. The film is about deception, dishonesty, deceit and betrayal. Some would point out that the men had no choice in 1963 but to hide their relationship, and that is one of the messages of the film. But why are those attacking the film focusing on one sin exclusively. Where is the outcry about the adultery?

Arguably, the most sympathetic character is the wife of Ennis, Alma, who struggles with the knowledge that her husband has betrayed their marriage. Played brilliantly by the Oscar-nominated Michelle Williams, who deserves to win, Alma is the most visible victim in “Brokeback Mountain.” But there are others: Alma’s two daughters, Jack’s wife Lureen and Jack’s son, just to name a few. Would their plight be any less tragic if the affair had been heterosexual?

Would the film have received so much attention if one of the sheepherders had been female and both had still been married while they continued their relationship? Was there an outcry from the Christian community when “Chicago” won best picture three years ago? It was the story of two scandalous women getting away with murder. What about in 1969 when “Butch Cassidy and the Sundance Kid” was nominated for Best Picture? There was a film that glamorized bank robbery and made stealing heroic. Where was the moral outrage? “Forrest Gump,” Jack and Rose of “Titanic” and John Nash, Jr. of “A Beautiful Mind” all committed premarital sex in their respective Best Pictures. William Wallace and William Shakespeare committed adultery in “Braveheart” and “Shakespeare in Love,” respectively. And Amadeus Mozart’s sins were too numerous to name in the award-winning bio-pic which bore his name. Did the church respond negatively to these Oscar contenders?

The easy answer is that Hollywood is morally bankrupt and filmmakers do not care what they show on screen. This excuses Hollywood of any responsibility. But what of the church? Do we respond to all sin on screen, or only those that offend us the most? If the latter is the rule, I would just like to say, “Good Night and Good Luck” is a great film, but I could have done without watching all those people smoke.