You have reached the cached page for https://www.rogerebert.com/reviews/the-last-metro-1981
Below is a snapshot of the Web page as it appeared on 11/30/2020 (the last time our crawler visited it). This is the version of the page that was used for ranking your search results. The page may have changed since we last cached it. To see what might have changed (without the highlights), go to the current page.
You searched for: +What is the last Metro? We have highlighted matching words that appear in the page below.
Bing is not responsible for the content of this page.
The Last Metro movie review & film summary (1981) | Roger Ebert
Reviews

Francois Truffaut says he wanted to satisfy, three "longtime dreams" by making "The Last Metro." He wanted to take the camera backstage in a theater, to evoke the climate of the Nazi occupation of France, and, to give Catherine Deneuve the role of a responsible woman. He has achieved the first and third dreams, but he has not evoked the Occupation well enough to make "The Last Metro" more than a sentimental fantasy.

The film takes place backstage, and below-stage, at a theater in Paris. The theater's director is a German Jew (Heinz Bennent) who already has fled from Nazi Germany and now, with the occupation of Paris, goes into permanent hiding in the basement of his theater. Upstairs, his wife (Deneuve) spreads the rumor that he has fled to South America. Then she relays his instructions as the theater attempts to save itself from bankruptcy by presenting a, new production.

There are many other characters in the movie, which at times resembles Truffaut's recreation of a film production in "Day for Night." Gerard Depardieu plays the leading man for the new production. The supporting cast includes a young woman who will do anything for a job in the theater, an older woman of ambiguous sexuality, an avuncular stage manager, a gay director and a powerful critic who is such an evil monster that he must surely be inspired by someone Truffaut knows.

Most of the movie's events take place within the walls of the theater; this is a backstage film, not a war film. We see the rehearsals under way, with Bennent downstairs listening through an air duct. There are the romantic intrigues among the cast members. There are occasional walk-throughs by Nazis. There are moments of great danger, somewhat marred by the fact that Truffaut does not resolve them realistically. And there is an unforgivably sentimental ending that ties up everything without solving anything.

The problem, I think, is that Truffaut sees the Nazi presence in Paris simply as a plot device to create tension within his theatrical troupe. It is ever so much more dramatic If the show must go on despite raids, political directives and a electricity blackout that requires the stagehands to power a generator by bicycle-power. It's all too cute. Nobody seems to really understand that there's a war on, out there.

And yet, within the unfortunate limitations that Truffaut sets for himself, he does deliver an entertaining movie. Catherine Deneuve is as beautiful as ever, and as enigmatic (it is typical of her performance that at the end we have to wait for the screenplay to tell us who she does, or does not, really love).

Depardieu is gangly and sincere, a strong presence. Bennent, as the husband downstairs, is wan and courageous In the Paul Henreid role. And the most fascinating character in the cast is of course the villain, Daxiat, the pro-Nazi critic. He at least seems in touch with the true evil that the others, and Truffaut, see as backdrop.

The Place of No Words

The Dark and the Wicked 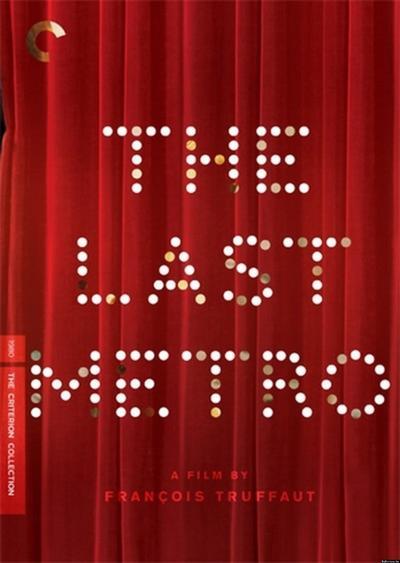 From a screenplay by

Get Lost in the Experience of Assassin’s Creed Valhalla

The Mandalorian Chapter 13 Recap: The Child Has a Name