You have reached the cached page for https://whoareyoumadeof.com/blog/the-ethnicity-of-the-iberian-peninsula-dna-examined/
Below is a snapshot of the Web page as it appeared on 1/17/2021 (the last time our crawler visited it). This is the version of the page that was used for ranking your search results. The page may have changed since we last cached it. To see what might have changed (without the highlights), go to the current page.
You searched for: +What is the Iberian race? We have highlighted matching words that appear in the page below.
Bing is not responsible for the content of this page.
The Ethnicity of the Iberian Peninsula: DNA Examined - Who are You Made Of? Skip to Content

The Ethnicity of the Iberian Peninsula: DNA Examined

There is a lot of misinformation floating around out there on the great world wide web – and the goal of this post is to help dispel some myths, as well as add some factual content to the mix.

This post will contain the answers to several common questions about the Iberian Peninsula, such as:

Before I continue, I want to make sure that you know about my DNA Tools Page.  It’s just a resource page that I am compiling for my readers, and it includes my most popular and helpful blog posts, information about DNA testing, and lots of other great information.  Check it out!

What nationality is the Iberian Peninsula?

The Iberian Peninsula is made up of Spain, Portugal, a tiny country called Andorra that is between Spain and France, as well as the British Crown colony of Gibraltar.  Residents of any of these countries can call themselves Iberians, if they would like to, though I am sure that the prefer to align themselves with their national identity.

What race are people of the Iberian Peninsula?

People who are from the the Iberian Peninsula are considered to be Caucasian, an outdated term and description, just like other Europeans. However, modern people are beginning to understand that the idea of “race” is pseudoscience,  since humans aren’t really different from one another.

The Iberian Peninsula, just like the rest of the continent, is made of of made different ethnic groups, or descendants of distinct ethnic groups.  These people share a common ethnicity, which means that they have shared language, historical, cultural, and sometimes, religious, traditions in common.

There are several groups in Spain, for example, that are descended from the ancient migrants to the region.  The Asturians, Basques, Castilians are just a few of the many groups.

What are Typical Iberian Physical Characteristics?

I should start by saying that there is no “typical” way that a person who lives on the Iberian Peninsula “looks”. This is because our phenoytype, or how we look, has little to do with where we are from.

Instead, our phenotype has more to do with genetics. However, in many regions of the world, there are certain physical characteristics that appear to be more common than in others.

I am not a fan of distinguishing between people by their outward appearance, but I know that this question comes up a lot in genetic genealogy.  People are often curious about where their “looks” come from.

In my own family, family lore attributed my paternal grandmother’s darker hair and “olive” complexion to hidden Native American ancestry, but when her DNA test results came back, it was clear that we were wrong.

My grandmother had no Native American ancestry, but did show 15% Iberian.  While we don’t really know where my grandmother’s physical characteristics come from, her Iberian is one possible explanation.

I haven’t tried it with my grandmother’s DNA yet, but I did get a report from Gene Heritage which showed me which alleles of the OCA2 gene had the biggest influence on me having light eyes.  It won’t help you with family history research, but it is fun to know why we look how we do.

Since the definition of Hispanic is “relating to Spain or to Spanish-speaking countries, especially those of Latin America,” and Spain is on the Iberian Peninsula, you could say that Iberian is Hispanic.  Portugal is not considered to be Hispanic, however.

If you have Iberian Peninsula in your DNA results, and you would like to know if you should consider yourself to be Hispanic, you would really have to work on your family tree to find out where your ancestors were born.

I always love to build my family trees on Ancestry – it’s very quick and easy, especially if you have a subscription, which I recommend.

If you use the following sponsored link, you can get a two-week free trial on Ancestry – perfect for adding records and documents to your tree:  Ancestry Free Trial

Is there Iberian DNA in Britain?

About 24% of natives of Britain will show at least some Iberian Peninsula.  It is conceivable (and probable) that the average amount of Iberian DNA inherited by the average Britain has fluctuated over the centuries, especially during periods of intense conflict, invasions, and migrations.

Many people with Colonial US roots find that they have higher than expected amounts of Iberian DNA.  I’ve written a post based on a hypothesis that the amount of Iberian DNA in Great Britain was actually much higher during colonial times than it is now.

Is there Iberian DNA in France?

Because of the geographical proximity to the Iberian Peninsula – it’s literally right next door, and you don’t even have to cross any water to get there – it is logical that there was admixing between the residents of the two countries.

As evidence of this admixing, we see Iberian DNA in about 18% of the residents of Western Europe DNA region, which covers the area from France to the most eastern parts of Poland.

As far as I’ve seen, there haven’t been any major studies on how French the average French person is, but we can deduce that since a typical native of Western Europe only has about 48% Western Europe DNA, the rest of their DNA is made up from nearby regions- including the Iberian Peninsula.

Since France is geographically and genetically an integral part of Western Europe, yet located directly adjacent to the Iberian Peninsula, people in France are likely to show Iberian DNA.

Do French Canadians have Iberian DNA?

Since most French Canadians can trace most of their ancestors back to France, then it would seem that we could expect to find Iberian ethnicity in the DNA results of French Canadians.

Anecdotally, based on the results I’ve seen and what my readers have reported, someone with recent French Canadian ancestry should expect to see Iberian in their DNA results, but the exact amount will depend on their unique genealogy.

Is the Iberian Peninsula Native American?

Is there such thing as Irish Iberian DNA?

There is some evidence that the ancient peoples in Ireland were descended from groups that migrated there from Iberia.  This makes sense, since we know that the people from Ireland had to come from somewhere!

The  most reliable evidence that I have personally seen that this might be the case is from a study that was completed in 2015.  Thousands of residents of the British Isles did a Y-DNA test, and the largest majority of the test takers shared the strongest genetic connection with people who live in Southern Europe – specifically, the Iberian Peninsula.

This is great, but there is one major caveat:  The “Irish” genome, as the study names it, was established at least 4,000 years ago.  The type of DNA test that we generally do in genetic genealogy is an autosomal DNA test, which typically only can show ancestry based on the past 300-500 years.

While it is conceivable that ancestry from slightly further back than 500 years might be discovered from an autosomal DNA test, when you consider that it is possible for ancestry to fade away after only 5-7 generations, it seems a fanciful idea that after 150 generations many people would still show this ancient Iberian connection.

Also important from this study was the fact that not all Irish (or the rest of the British test subjects) showed this genetic connection with the Iberians.  The researchers were able to find corroborating evidence to theories about migrations from other parts of Europe, and many of these test takers showed genetic links with these other groups.

If you have Irish roots and show Iberian DNA, I would encourage you to consider the possibility that you inherited it from one or more more recent (300-500 years) ancestors.

I hope that this post has helped you learn a little bit about the ethnicity of the people of the Iberian Peninsula, and what it means to have Iberian in your DNA results.

If you have any questions about something that you read here, or would like to share your own experience about finding Iberian in your DNA ethnicity estimate, I would love to hear from you in the comments.

Thanks for stopping by! 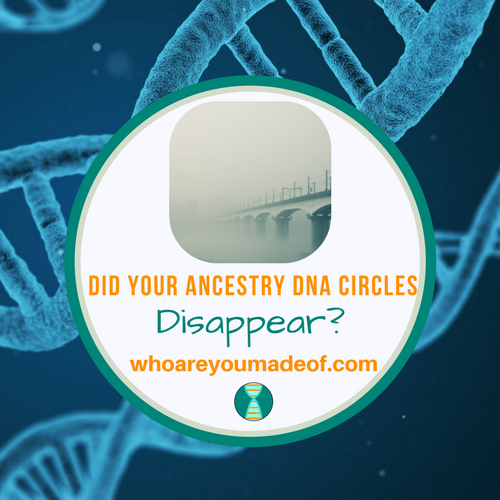 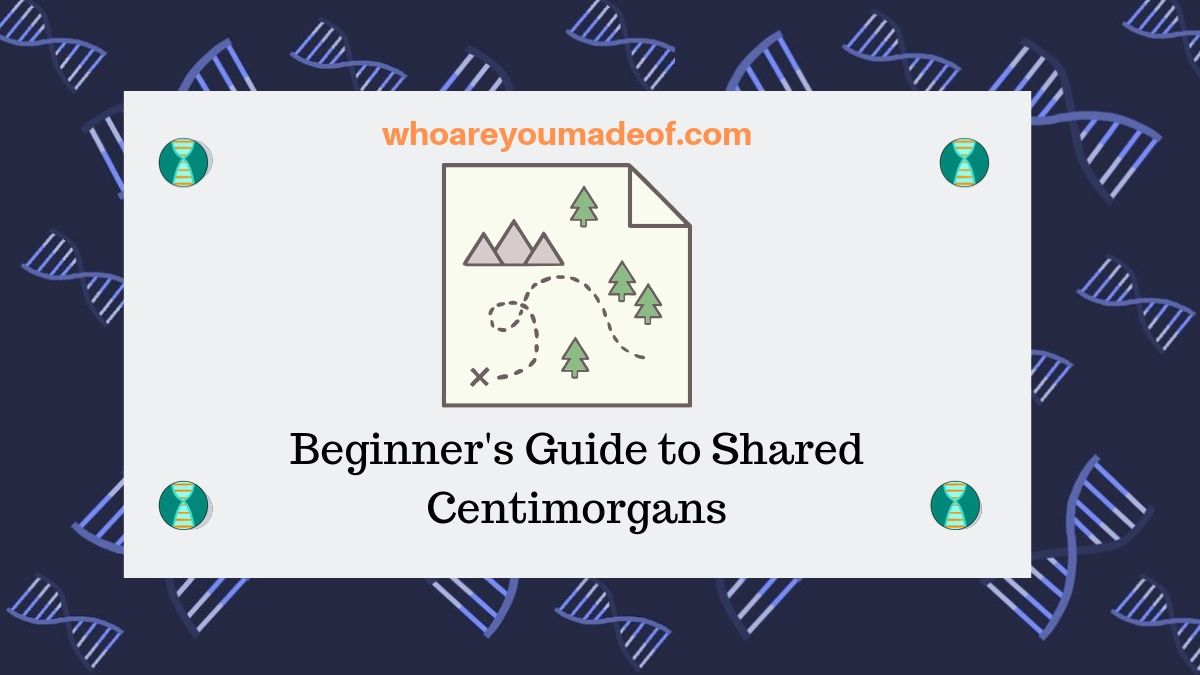 I got my DNA results fromthe heratage website. Im 100percent Iberian.my parents are both from spain. To b 100% Iberian, what does that mean exactly? Thank you I

Hi, Thank you for the interesting article. I grew up knowing of Having German, Swedish, and Irish ancestry. My DNA test showed 15% Iberian and only 6% Irish. Lol A family member of mine has been insisting it’s the ancient Iberian DNA from Ireland. I’d love to figure this out!

My son is 33.8% Iberian Portugal and my daughter is 32.4% Iberian Portugal. They are 1st generation American on their fathers side, he is from Terceira Azores. He is going to get his done and find out what % he is. We had the ‘Azevedo’ name traced and it went as far back as King Carlos of Spain. I love genealogy and tracing as far back as possible. Thank you for his info.

Hi Wanda, It sounds like you have done some really great research - that's awesome! Genealogy is so much fun, and thank you for sharing your comment with me. Sincerely, Mercedes

Lol .. if you are going to call amerindian a "race", them, we shall call Iberian a "race" as well. All africans aren't the same, just like all Europeans aren't the same... I see more physical similarities for instance between a central native american and a real iberian than between an iberian and a swedish...

If you want to divide humans, do is the pleasure of doing it properly or not at all

I showed to have 87% Iberian. Of course I knew this would have to be because my I was born in Cuba and Cuba was colonized by Spain. I also showed some Irish and now I wonder if that Irish was also Iberian hahaha. But regardless of that I thought that being called Iberian meant you are not Caucasian. There is a lot of confusion with the word Caucasian, it seems as though people refer to Caucasian only to those born in Europe or USA of direct European heritage. While Latin Americans have European heritage and are not considered Caucasians. That just really plays with my brain.

Read More Posts on These Topics: