You have reached the cached page for https://www.britannica.com/biography/Valdemar-IV-Atterdag
Below is a snapshot of the Web page as it appeared on 11/24/2020 (the last time our crawler visited it). This is the version of the page that was used for ranking your search results. The page may have changed since we last cached it. To see what might have changed (without the highlights), go to the current page.
You searched for: +Valdemar IV of Denmark We have highlighted matching words that appear in the page below.
Bing is not responsible for the content of this page.
Valdemar IV Atterdag | king of Denmark | Britannica
Valdemar IV Atterdag
Article Media Additional Info

Valdemar IV Atterdag, (born c. 1320, Denmark—died Oct. 24, 1375, Schleswig), king of Denmark (1340–75) who united his country under his own rule after a brief period of alien domination. His aggressive foreign policy led to conflict with Sweden, North German principalities, and the North German trading centres of the Hanseatic League. 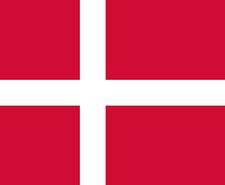 Read More on This Topic
Denmark: Reunion under Valdemar IV
The new king married the sister of the duke of South Jutland, who gave the northern quarter of North Jutland as her dowry; he began his...

A son of King Christopher II, Valdemar lived after 1328 at the court of Louis IV the Bavarian, Holy Roman emperor. In 1338 he left the imperial court, and, with the aid of the Emperor and of Louis, margrave of Brandenburg, he began a diplomatic offensive to wrest sovereignty in Denmark from Gerhard and John the Mild, counts of Holstein. After the assassination of Gerhard in April 1340, Valdemar reached an agreement with John and was recognized as king of Denmark.

Through his marriage to Helvig, sister of Valdemar, duke of Slesvig (Schleswig), Valdemar Atterdag obtained northern Jutland and extended his control to the remainder of the alienated Danish lands. Using money raised by increasing taxes and by his sale (1346) of Estonia, he had by 1349 established control of Zealand and large areas of Funen and Jutland. Also in 1349 he intervened in North German politics, opposing the attempt of the German king Charles IV (Holy Roman emperor after 1355) to remove Valdemar’s ally Louis of Brandenburg and to take Rügen and Rostock from Danish control. After liberating Louis’s lands as far as Berlin, Valdemar reconciled Charles with Louis (1350) and reaffirmed Danish sovereignty in Rügen and Rostock.

On returning to Denmark, Valdemar faced a revolt (1350) by leading Jutland magnates, aided by the counts of Holstein; it was the first of a series of uprisings challenging the formidable personal rule that he had established. After all the outbreaks had been quelled, a parliament met at Kalundborg (1360) to consolidate the peace and to define the reciprocal rights and obligations of the ruler and his subjects.

Valdemar completed his reunification of his father’s kingdom in 1360 by regaining Skåne from Sweden. The following year he conquered Gotland, including its wealthy town of Visby. He thus gained a strong foothold in the Baltic trade and aroused the opposition of a powerful coalition of the Hanseatic League, Sweden, Mecklenburg, Holstein, and the dissident Jutland nobles. After the coalition’s forces severely defeated him in 1368, Valdemar was forced to accept the Treaty of Stralsund (1370), by which the Hanseatic towns were granted commercial privileges but the Danish kingdom remained intact. The marriage of his daughter Margaret to the Norwegian king Haakon VI in 1363 made possible the unification of Denmark and Norway, which lasted from 1380 until 1814. 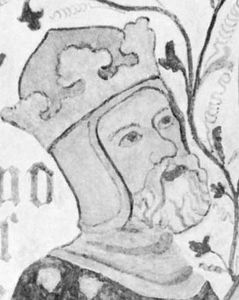