You have reached the cached page for https://www.filminquiry.com/they-all-laughed-1981-review/
Below is a snapshot of the Web page as it appeared on 4/7/2021 (the last time our crawler visited it). This is the version of the page that was used for ranking your search results. The page may have changed since we last cached it. To see what might have changed (without the highlights), go to the current page.
You searched for: +They All Laughed movie We have highlighted matching words that appear in the page below.
Bing is not responsible for the content of this page.
THEY ALL LAUGHED: A Screwball Romance Deserving Reevaluation | Film Inquiry

Interview With Carlos Alazraqui, Co-Writer And Star Of WITNESS INFECTION

GODZILLA VS. KONG: The Good Old Smash And Grab

The Latest Podcast #29: Godzilla vs. Kong

KING KONG Gave Me A Primal Crush On Adrien Brody

Introducing So Grosse | Such Pointe | Much Blank 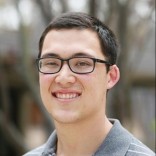 Tynan loves nagging all his friends to watch classic movies…

Is There Really Still Method In The Madness?

I recently watched an interview between Peter Bogdanovich and Wes Anderson reminiscing about the film. One of the most striking suggestions is the inferred sadness in They All Laughed. It takes its title from a song and while we think of laughing as an action full of joy, the past tense of the word sets it off. It is something transient – bound to change at any time. Unwittingly, it becomes the perfect encapsulation of this most intimate project.

To describe it as a private investigator-infused-screwball romance is merely confining it to typical genre fare. Realistically, it is none of the above. At least, not in the sense one might generally expect. It never unrolls an obvious plot. In fact, we have to play catch up with most of the story though we do settle in eventually. What helps are not only the characters but the actors themselves, who are of a generally affable breed. We like getting to know them, even when we don’t quite grasp their circumstances.

Also, let’s clear this up. This is not What’s Up, Doc (1972). It’s lacking all the goofy witticisms of screenwriter Buck Henry or the wonderfully epic set pieces. Many have probably written it off because of this; furthermore, it was not very commercially successful upon its initial release (this must come with an asterisk).

However, They All Laughed is a surprisingly good-natured effort and some of the same cadences can be found especially in Charles (John Ritter) and Christy (Coleen Camp) whose conversations mirror those of Howard and Eunice from the earlier picture. Names are swapped with every other sentence while their patter is frantic and harried in a similar manner. This is only one of many reasons garnering a recommendation.

Is it wrong to see a bit ofRobert Altman‘s Nashville (1975) in between the lines as well? Perhaps it’s the obvious strain of country music which cuts through the New York scene, of all places. If anything, it plays like a condensed version of the former film, shot on the streets of New York with a skeleton crew and fewer actors. The same fresh near-improvisational feel is present with interweaving narratives.

It’s not executed in the same fashion as Altman’s picture, with fewer moving parts and lacking the same brand of weighty commentary underneath the humor. Nevertheless, there’s something here worth acknowledging. It’s memorable just for the characters and the moments and themes of love Bogdanovich seems to be having a grand old time playing around with.

Camp probably gets her best scenes not with dialogue but when she’s singing and simultaneously giving people wandering by an evil eye or a wink of acknowledgment. Like The Last Picture Show, we have another musical collage of classics. This setlist is composed of the Jazz tunes of Benny Goodman, Louis Armstrong, and Sinatra partnered with the more earthy diction of Johnny Cash and Waylon Jennings. It just works.

The relatively plotless meanderings might test the patience of some viewers. However, if you’re itching for authentic views of New York and a handful of hi-jinks and neurotic characterizations, you will get some. Ben Gazzara is the quintessential dashing philanderer who holds something quietly mischievous in his eyes, while still providing a sense of regret. He has two young girls from his first marriage and rarely sees them. We understand the scenario intuitively.

John Ritter exerts his comedic chops as a gutless private eye on a tail. From a purely visual likeness, he can easily be seen as a stand-in for our director who was himself in love with Dorothy Stratten. Like Antoine Doinel’s attempts at private-eyeing, he seems like a hopeless case, but once again, the film is hardly about his day job. Nor is it about Gazzara, another P.I., nor their partner-in-crime, the frizzy-haired, roller skating, joint-smoking pick-up artist Arthur (Blaine Novak).

It’s all merely a pitch-perfect excuse to further complicate the scenario by throwing all sorts of situations together. And if there are glimpses of Doinel in Ritter, by transitive property there must be Tati-like scenarios as well, not least among them, positioning the viewers on the outside looking in at an apartment building made entirely of glass.

Like the worlds of these French filmmakers (Jacques Demy included), the version of New York depicted here verges on the most agreeable of romantic fantasies, where relationships are forged in meaningful, even momentary, encounters. There is a sense of preordained fate wafting through the air even as a wistful malaise lingers too.

Dorothy Stratten manages to be an ethereal beauty of simultaneous youth and maturity. Bogdanovich‘s obvious affection for her is on display in every scene she is in front of the camera. Meanwhile, Patti Hansen — Mrs. Keith Richards — is given a part to play as “Sam” the cabbie which is no less charming. The world is full of beautiful women although she is someone with a different type of experience. She’s been around and you cannot phase her. There’s something charming and equally disarming about her self-assured confidence.

Of course, I must save the best (subjectively speaking) for last – it’s time to talk about Audrey Hepburn, who gets top billing, and understandably so. Though I barely recognized her at first, behind her shades, she still maintains the same congenial elegance, even in eighties attire. If anything, she’s more grounded. Somehow she almost doesn’t belong here but she didn’t originally belong in Breakfast at Tiffany’s (1961) either, and yet her vulnerability made the movie so special.

In fact, it struck me, momentarily, this picture is a full 20 years after Tiffany’s and New York, while it has evolved, still holds a nostalgia about it. Because looking back in time with rose-colored glasses, we cannot help seeing it in such a light — not like the grungy, noisy dump of the here and now.

With every one of these characters, there manage to be utterly transparent shades of reality. The details are there if you’re willing to look at them in the most personal light possible. It’s a prime example of when real life seeps into fiction and they feed into each other in a continuous loop. Where one ends, the other seems to begin, and vice versa.

Take each character and examine their reality and see what rings with the obvious sound of truth. I think Bogdanovich would heartily acknowledge the best films and the best actors are in some way, shape, or form audaciously personal. In this way, they bear up something and offer it to the audience.

But even in the themes of infidelity, heartache, and loneliness, They All Laughed somehow manages to cling to the humor found in its title. There is a pervasive conviviality that might feel counter-intuitive to both our plot and the location our story takes place. Still, it remains indisputably light.

Due to a lack of commercial success (Bogdanovich tried his luck distributing the film himself unsuccessfully) They All Laughed is considered to be one of the ending markers of The New Hollywood Era (along with Heaven’s Gate). No one can completely blame him for his decision as he was stricken with immense grief at the time. Because of course, the aftermath of such a warm picture was marred with a tragedy of the worst kind: the murder of rising talent, Dorothy Stratten. It proved to be the darkest possible closing note on this story.

Then, for New York, a full 20 years after this film came out, The Twin Towers (visible in the opening credits) would be gone. There is so much suffering visible and yet invisible at the same time. Because They All Laughed is a film managing to capture a happy time even if a sobering road was waiting up ahead. Sometimes we need light, frothy movies to remind us of such things.

Bogdanovich himself noted at a screening back in 2011, “It was a very loving picture” and unequivocally “the happiest time of [his] life.” One can gather it was not simply because of the pain at the loss of someone dear to him so soon after but also because those were happier, dare we say, more innocent years. We can never have them back exactly as they were before.

They All Laughed: Final Thoughts

For others on the outside looking in, The Last Picture Show, Paper Moon, or even What’s Up, Doc might gleam with superior film stock. However, it’s not too difficult to understand Bogdanovich‘s own sentiments. This is about as personal as a movie can come even as it’s weaved into a hybrid private eye, screwball tale. It’s not the content speaking, but the moments and happy accidents with friends and people he deeply cherished.

This palpable exuberance exuded by the director and his cast is infectious, if also a bit doleful. Bittersweetness has to be one of the most maddening of human emotions. It points to something not yet satiated within us. We are always waiting for the next time we can laugh out loud or better yet the final punchline when we never stop laughing. The tears won’t hurt as much then. For now, we must stay content with the good times we’ve had. For now, our laughter must remain in the past tense.

What other unfairly dismissed films deserve to be reevaluated upon gaining some distance from their cultural moment?

They All Laughed was originally released November 20th, 1981. 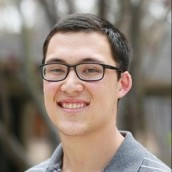 Tynan loves nagging all his friends to watch classic movies with him. Follow his frequent musings at Film Inquiry and on his blog 4 Star Films. Soli Deo Gloria.

GODZILLA VS. KONG: The Good Old Smash And Grab