You have reached the cached page for https://www.dailymail.co.uk/travel/article-2427096/North-Cyprus-Splendid-isolation-Meds-great-secret.html
Below is a snapshot of the Web page as it appeared on 1/13/2021 (the last time our crawler visited it). This is the version of the page that was used for ranking your search results. The page may have changed since we last cached it. To see what might have changed (without the highlights), go to the current page.
You searched for: +Theme of Cyprus wikipedia We have highlighted matching words that appear in the page below.
Bing is not responsible for the content of this page.
North Cyprus: Splendid isolation on the Med's great secret | Daily Mail Online

The other side of Cyprus: Splendid isolation and great value for money in North Cyprus

Starbucks, McDonald's, KFC, Next . . . Ledra Street, the main shopping thoroughfare in the Greek Cypriot port of Nicosia, has something of that Euro-anywhere look.

But keep walking north along the street, and you soon come to the so-called Green Line, the United Nations buffer zone that separates the Greek and Turkish sectors of the world's last divided capital.

These days, if you have your passport, you can simply walk across to the other side, through the Greek and Turkish Cypriot checkpoints. 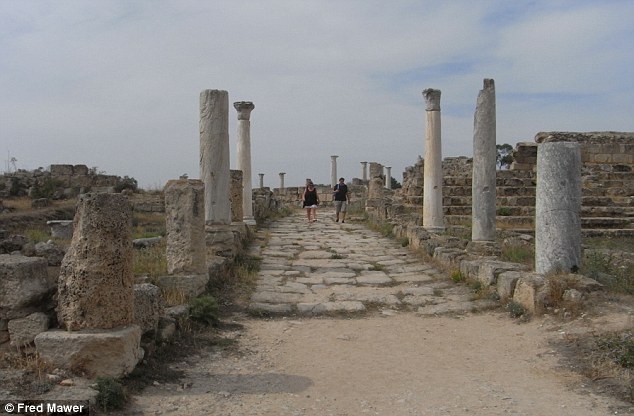 Another side of paradise: The ancient site of Salamis receives relatively few visitors

When you emerge on the Turkish side. It feels as if you've stepped onto another continent, and back to a less cosmopolitan era. Chain stores and cafes are noticeably absent. Instead, there are tea shops, hammams and stalls selling Turkish delight. The muezzin's call to prayer resounds from the handsome Selimiye Mosque. Everything is much slower paced – and more foreign.

The Turkish Republic of North Cyprus is an off-the-radar little country. It's officially recognised internationally only by Turkey, which occupied the northern third of the island of Cyprus in 1974 and still maintains a large and very visible military presence there.

Only a fraction of British holidaymakers to Cyprus make it to the north.

One reason is that you can't fly there direct from the UK, but have to go via the Turkish mainland. However, over the past decade, border crossings have opened up over the Green Line that snakes across the island, so many Britons heading to the north now fly into the south, to which there are more numerous and often cheaper non-stop flights.

I flew in to Larnaca, in the south. The transfer to Kyrenia, North Cyprus' main resort, took 75 minutes and crossing the border was quick and hassle free.

If you decide to travel to North Cyprus, you'll be glad you made the effort. Thanks to its political isolation, the country is one of the Med's last unsung holiday destinations.

On my first day, I visited St Hilarion. Perched high up in the mountain range behind Kyrenia, the Crusader fortress is one of the most spectacularly sited ruined castles I've ever seen. You'd think the place would be mobbed with tourists, but I had it virtually to myself.

It was a similar story over on the east coast at Salamis. In classical times, this was one of the great cities in the eastern Mediterranean. Its former importance is apparent in the colossal scale of the well-preserved gymnasium, with its rows of lofty pillars, paved marble walkways and latrines with open-plan, side-by-side seating for 44.

On the afternoon I was there, I counted fewer than a dozen other tourists. 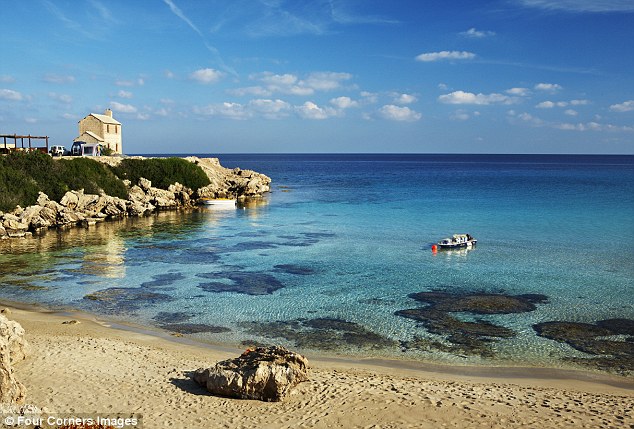 Down the coast lies Famagusta. Its old centre, encased in colossal ramparts, is hugely atmospheric. Wandering around, I had just a few locals for company.

The explanation for the dearth of visitors is plain to see if you drive on to Varosha. Famagusta's once-fashionable suburb was seized by the Turkish army in 1974, and is an off-limits military zone.

Nowadays, most holidaymakers base themselves up on the northern coast in or near Kyrenia. The resort's focal point is a deep, horseshoe-shaped harbour, overseen by a huge castle. Stone warehouses converted into cafes and restaurants line the harbour.

I was struck by how cheap Kyrenia was.

A beer or cappuccino by the harbour was just five Turkish Lira – about £1.70. For a gargantuan 'full kebab' dinner of a dozen meze dishes and a succession of kebabs and chops at Niazi's – by most accounts Kryenia's best restaurant – I paid 40 Turkish Lira (about £14).

That is not to say that Kyrenia doesn't have a certain cachet. Most of North Cyprus' tourists come from Turkey, and many hole up in surprisingly flashy hotels.

I stayed at the excellent Rocks Hotel, and during the day beautiful and tanned Turks lounged about on giant bean bags dotted around a wooden deck projecting out over the sea, and in the evening put on the bling to try their luck in the casino.

While parts of the coast are becoming developed with hotel and apartment complexes, the Karpas Peninsula, the tapering spike of land pointing eastwards, is still unspoiled.

It's a couple of hours' drive from Kyrenia to the best parts of the peninsula, but the journey is well worth it. The startlingly beautiful early Christian churches are reason alone to make the journey.

Ayia Trias, in a field on the edge of a village, has a boldly coloured, geometric-patterned mosaic floor, while poppy-spattered Ayios Philon occupies an idyllic spot next to a sandy north coast beach.

Keep heading east beyond Dipkarpaz, and you enter a pastoral idyll with shepherds on donkeys herding goats and sheep. Your destination should be Golden Sands Beach, protected land where turtles lay their eggs. On the afternoon I visited, there were just a few souls on the beach.

Were somewhere this spectacular anywhere else in the Med, it would have been packed.

North Cyprus has lost out in the rampant march of tourism. That has been a big frustration for locals, though they are delighted to be immune from the euro-related financial troubles that have hit the south of the island. But for visitors, it means the north is still a little-discovered delight.

Anatolian Sky Holidays (0844 273 3586; www.anatoliansky.co.uk) offers packages to a wide range of hotels in North Cyprus. Seven nights at Rocks Hotel costs from £799 per person including return flights from Heathrow to Larnaca, car hire and B&B accommodation.

BREAKING NEWS: Six-time Super Bowl winning coach Bill Belichick snubs Presidential Medal of Freedom after MAGA riots saying he wants to 'remain true to the people, team and country I love' rather than accepting the award