You have reached the cached page for https://www.bollywoodhungama.com/news/box-office-special-features/akshay-kumars-sooryavanshi-beats-salman-khans-sultan-hrithik-roshans-super-30-emerges-19th-time-highest-third-weekend-grosser-india-box-office/
Below is a snapshot of the Web page as it appeared on 1/1/2022 (the last time our crawler visited it). This is the version of the page that was used for ranking your search results. The page may have changed since we last cached it. To see what might have changed (without the highlights), go to the current page.
You searched for: +The Sultan and the Saint We have highlighted matching words that appear in the page below.
Bing is not responsible for the content of this page.
Akshay Kumar’s Sooryavanshi beats Salman Khan’s Sultan and Hrithik Roshan’s Super 30; emerges as the 19th All Time Highest Third Weekend Grosser at the India box office :Bollywood Box Office - Bollywood Hungama
Skip to content

The Akshay Kumar starrer Sooryavanshi released a while back, and since then there has been no stopping the film at the box office. After opening on a good note the business of the film continued to see immense growth in collections as the days progressed. Now in its third weekend, the business of the film witnessed yet another spike in collections taking its total box office earnings to a staggering Rs. 178.60 cr. 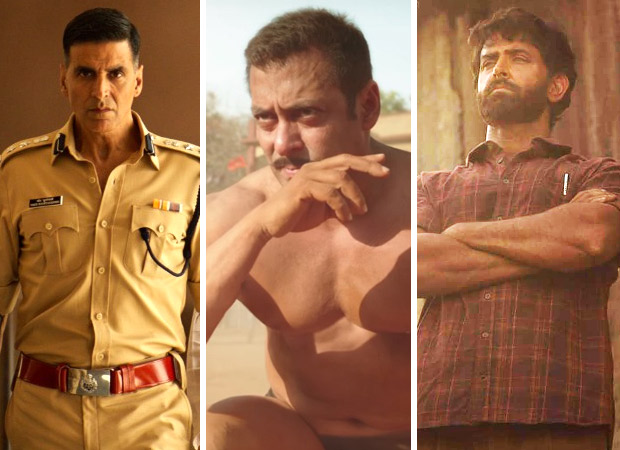 In this box office report, we take a look at the third-weekend collections of Sooryavanshi while comparing the same to previous releases that have made it to their third weekend running. Collecting Rs. 12.36 cr. on its third weekend Sooryavanshi has become the 19th all-time highest third weekend grosser. Interestingly, the Akshay Kumar film has managed to surpass the third-weekend collections of previous releases like the Hrithik Roshan starrer Super 30 that had collected Rs. 12.22 cr. and even the Salman Khan starrer Sultan that had collected Rs. 11.09 cr.

Though Sooryavanshi ranks 19th on the list of all-time highest third-weekend grossers, a point to be noted is the fact that the Rohit Shetty-directed venture faced restrictions in occupancy due to Covid protocols limiting seating in some states to just 50%. In such a case, were the restrictions lifted, it is estimated that Sooryavanshi would have seen an escalation of around 30-40% higher collections.

83 Box Office: This is how the Ranveer Singh…