‘Midnight Mass’: What Happened to Warren & Leeza in Episode 7?

Talk about a blood bath….Things took a deadly turn in the final episode of Midnight Mass and we’re breaking down one of its biggest lingering questions. In case you haven’t tuned into the series quite yet, now’s your chance to turn back and get bingeing because we’re heading straight for spoiler territory.

In the seventh installment, “Book VII: Revelation,” Father Paul’s (Hamish Linklater) plan to free Crockett Island from its burdens and bestow its inhabitants with the gift of immortality through his “Angel” backfires. The vampire-like being he believed would save them instead helps spread an affliction that grows at the pace of a wildfire. Everyone dies except for two escapees, Leeza (Annarah Cymone) and Warren (Igby Rigney), who leave the island via a rowboat. But how do they survive the coming sunlight? As viewers who streamed the first six episodes would know, Father Paul helped infect St. Patrick’s parishioners with The Angel’s blood through communion wine. But the full effect of this ingredient isn’t set in motion until the infected undergo a deadly change.

Inviting the islanders to midnight mass, Father Paul introduces The Angel to his church and has Bev (Samantha Sloyan) and his crew pass out trays of poison so that the infected could be blessed and reborn anew. When some of them do follow through and consume the offering, they die and are resurrected by the special blood coursing through their veins. When they do rise again, a hunger overtakes them and the churchgoers who didn’t drink the poison either meet death at the hands of these bloodthirsty individuals or are equally afflicted with vampire-like qualities. Some individuals are able to escape, including teacher Erin (Kate Siegel), Annie Flynn (Kristin Lehman), her son Warren, Leeza, Dr. Sarah Gunning (Annabeth Gish), and Sheriff Hassan (Rahul Kohli).

Throughout the episode, each member of that group is picked off, beginning with Annie who slits her own throat to let the others get away from Bev and Sturge (Matt Biedel). The sacrifice leads to a feeding session and the eventual rebirth of Annie. While Leeza and Warren manage to get to the rowboat, Erin, Sarah and Sheriff Hassan work on torching the island’s remaining shelters. Erin knew what would happen to any individual that came into contact with the sun because of witnessing Riley’s (Zach Gilford) death. But what would that mean for Warren and Leeza, who also drank the tainted communion wine at previous masses before that fateful evening?

Every infected individual on the island perishes, and the sheriff succumbs to gunshots from Bev, similar to Sarah’s wounds inflicted by Sturge. When The Angel gets hold of her, she decides to keep the monster distracted as she cut holes into its wings. Leeza and Warren watch as Crockett Island burns away, but they remain uninjured by the rising sun. Kate Siegel on How 'Midnight Mass' Tackles 'Faith vs. Fanaticism'

If any confusion remains regarding their survival, the simple explanation is that they’d need to die before The Angel’s blood would have its full effect, and tests done by Dr. Gunning earlier in the season suggested that small amounts could be burned out of the system over time. When Leeza tells Warren she can no longer feel her legs, it’s a sign that whatever effect the substance had on her paralysis is now gone, and the pair are free to carry on, wiped clean of the dark miracles that tore their town and families down.

Let us know what you thought of the series end in the comments below. 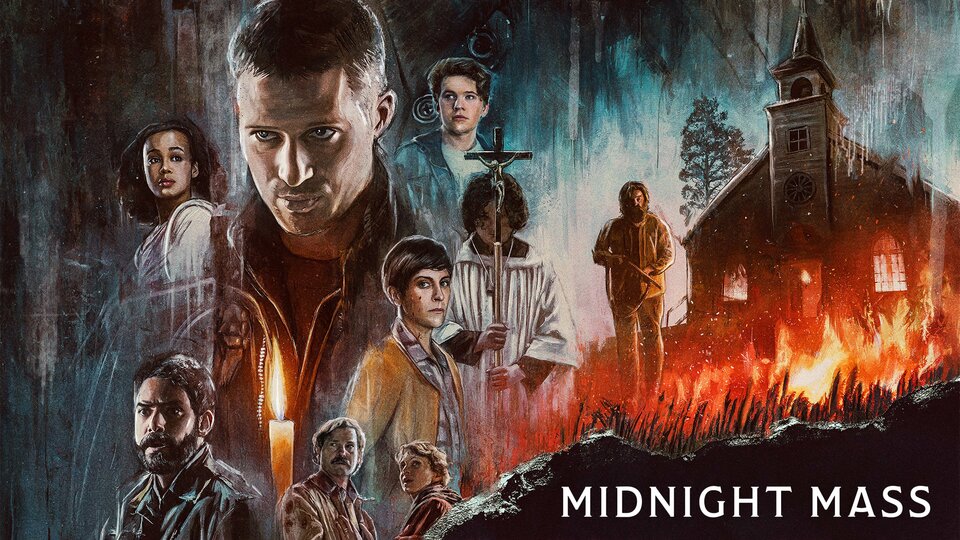 Midnight Mass where to stream ‘Women of the Movement,’ A ‘Ghosts’ Hunt, ‘Joe Millionaire,’ An ‘SVU’ Comeback