You have reached the cached page for https://www.praguego.com/attractions/st-vitus-cathedral/
Below is a snapshot of the Web page as it appeared on 2/16/2021 (the last time our crawler visited it). This is the version of the page that was used for ranking your search results. The page may have changed since we last cached it. To see what might have changed (without the highlights), go to the current page.
You searched for: +St. Vitus Cathedral Prague We have highlighted matching words that appear in the page below.
Bing is not responsible for the content of this page.
St. Vitus Cathedral in Prague: 4 Things to Know in 2019

The largest temple in Prague, a mix of Gothic and Neo-Gothic architecture, is the place where coronations of the Czech kings and queens took place. It does not only have huge worldly importance, but it is also of significant religious importance, as the place of burial of several patron saints and archbishops. The cathedral itself is part of the Prague Castle complex. 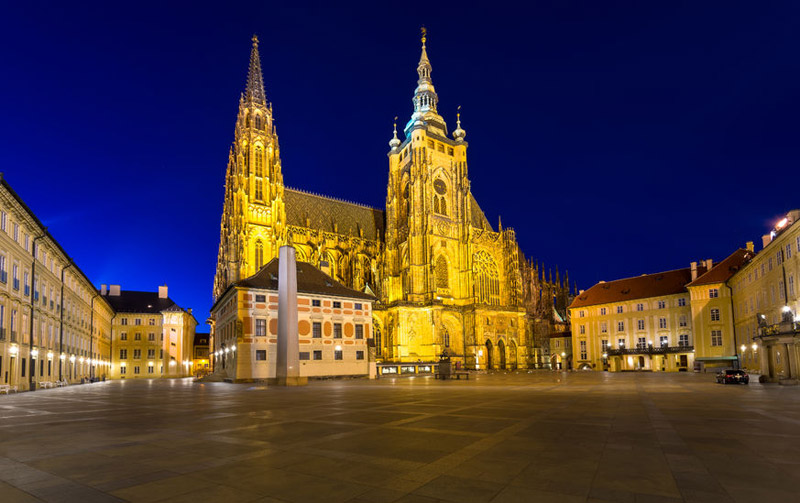 The cathedral’s history is connected to some of the most famous personalities in Czech history. The celebrated King of Bohemia and Holy Roman Emperor Charles IV, for example, began the construction of the present-day Gothic Cathedral in 1344. He intended to make it a coronation church, family crypt, treasury for the most precious relics of the kingdom, and the last resting place (and pilgrimage site) of probably the most significant Czech patron saint, Wenceslaus. 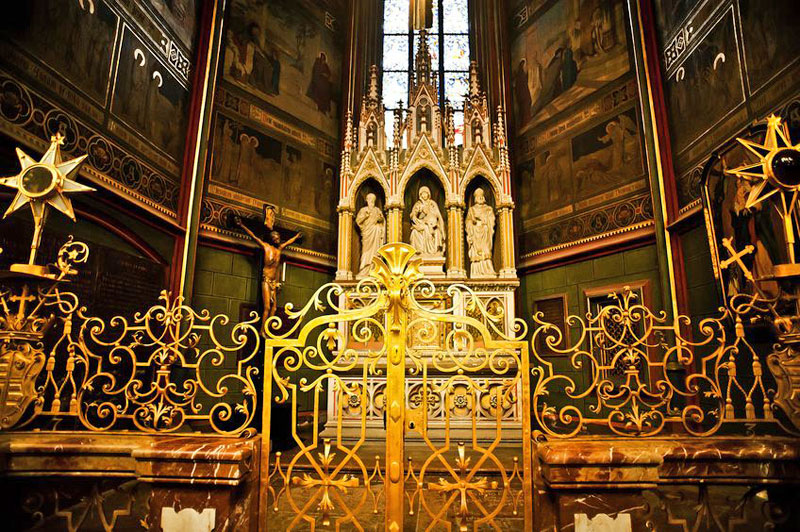 The Interior of the St. Vitus Cathedral

St. Vitus Cathedral, or to use its full name The Metropolitan Cathedral of Saints Vitus, Wenceslaus and Adalbert, is an excellent example of Gothic architecture and the biggest and most important church in the Czech Republic. The seat of the Archbishop of Prague, dedicated to Saint Vitus, is definitely a historical monument of huge significance and beauty. Thus it would be (perhaps literally) a sin not see it during your visit to Prague… 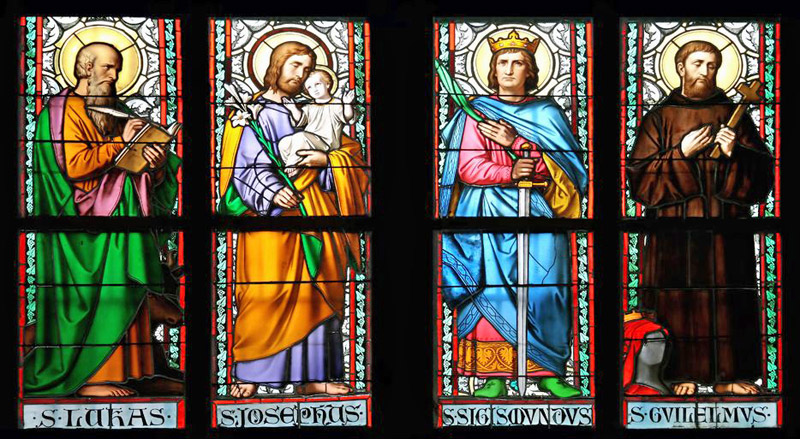 Visitors enter the cathedral through the portal in the western facade, opposite the passageway between the Second and Third Courtyard of Prague Castle. There are several tram stops nearby (Královský letohrádek, Pražský hrad, Pohořelec) and also two metro stations (Malostranská and Hradčanská). Usually visitors take tram No. 22 (to Pražský hrad tram stop) and leave via the Old Castle Stairs to Malostranská metro station.

Opening hours during the summer (April – October) are 9 am to 5 pm and 9 am to 4 pm during the winter (November – March).

To enter the cathedral you need to purchase a ticket to the circuit, which also includes other Prague Castle buildings. The cheapest ticket starts at 250 CZK ($10).

You can purchase tickets online or directly on the spot. We definitely recommend visiting the complex in the evening after sundown, when the views are truly magical and unforgettable.

On the official Prague castle website you can also take a nice virtual tour of the whole complex, including the St. Vitus Cathedral. 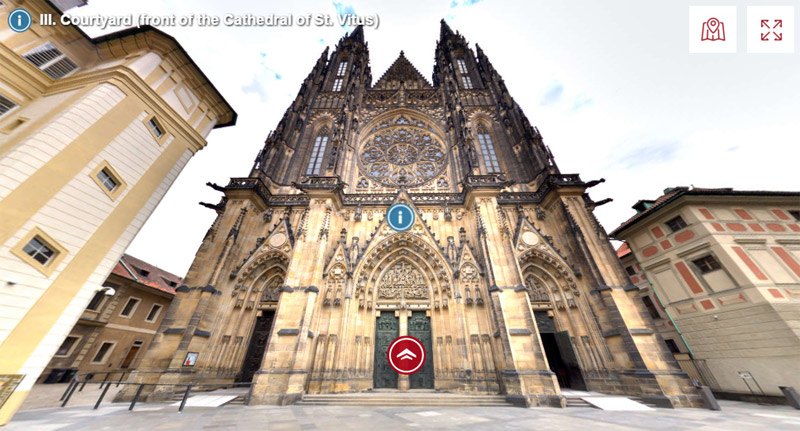 Take the Virtual Tour of the St. Vitus Cathedral

Go to https://www.hrad.cz/en/prague-castle-for-visitors/virtual-tour, click on the map icon in the top-right corner and select “Cathedral of St. Vitus”.

4. Parts of the St. Vitus Cathedral

St. Wenceslas Chapel is the cult centre of St. Vitus Cathedral. Its magnificent decoration emphasizes its singularity as the central point of the cathedral with the tomb of the most important Czech patron saint. Wenceslas I (also known as Wenceslaus or Václav in Czech) was the Duke of Bohemia from 921 until his assassination in 935, in a plot by his own brother Boleslav the Cruel. Václav was considered a martyr and a saint immediately after his death, when a cult of Wenceslas arose in Bohemia and also in England. Wenceslaus’s martyrdom, and the popularity of several biographies, quickly gave rise to a reputation for heroic goodness. As a result, he was elevated to sainthood, posthumously declared king, and acknowledged as the patron saint of the Czech state.

When you are in the St. Vitus Cathedral, you must pay attention to the door in the south-western corner of the St. Wenceslas Chapel. That is because it leads to the Crown Jewels chamber, where The Bohemian Crown Jewels are safely kept, although these precious symbols of the Czech cultural heritage are displayed only on exceptional occasions. The value of the set of Crown Jewels, consisting of the St. Wenceslas Crown, the Royal Sceptre, the Royal Apple, the Coronation Cloak, and other pieces of attire, is inexpressible in terms of money, because of their priceless historic value and symbolic importance.

The Tomb of Saint Vitus

The Tomb of Saint Vitus (after whom the Cathedral is named) is one of the most important attractions of St. Vitus Cathedral – and not only for practicing Christians. Apart from being a patron saint of Bohemia, Vitus is a patron of actors, entertainers, and dancers, and is said to protect against lightning, dog bites, and oversleeping. This significant Christian saint from Sicily died as a martyr during the persecution of Christians by Roman Emperors in 303.

The cathedral is crowned by the magnificent Great South Tower. From this nearly 100-metre high tower (construction of which was started by the architect Peter Parler in the 14th century), there is an amazing view of Prague and the bells of the cathedral. It is thus absolutely worth climbing the 287 steps leading up…

To get a better grasp of St. Vitus Cathedral’s many-sided significance, read the following words from Mons. Dominik Duka, the archbishop of Prague:

“St. Vitus Cathedral is the first temple of our country (Czech Republic), where for ages the hopes, fears and longings of past generations have been formed, where the ecclesiastic and the worldly power have been meeting and where various Czech princes, kings, emperors and archbishops repose. The Cathedral is a shrine and the resting place of the Godspell witnesses St. Vitus, St. Wenceslas, St. Adalbert, St. John Nepomucene and many more saints who can show us a different and liberating view of our today’s pleasures and pains. The Cathedral is also the national treasury which contains some of the most important symbols of Czech statehood, such as the Saint Wenceslas Crown or the Coronation Cross with relics of the passion of Christ. The St. Vitus, Wenceslas and Adalbert Cathedral offers a free space of quiet, concentration and orientation, a space that is very necessary today. It has grown out of the oldest layers of our country’s history, it is a sum of Christianity and the whole of our civilization and together with us it rises towards the heavenly Jerusalem. May it, as well as every catholic temple, be open for everybody.”