Nakyung “Nikki” Park is a South Korean painter and artist. She has been married to American actor Wesley Snipes since 2003. The daughter of the renowned South Korean entertainment executive Park Cheol, Nikki is the second wife of her husband. They have four children together. In 2006, three years after their marriage, Snipes, along with two others, faced tax-evasion charges. He would eventually be convicted of some of the charges he faced and would serve imprisonment from 2010 to 2013. During this period, Park took care of her family and despite the economic stress put on the family because of Wesley’s incarceration, made sure that they survived the ordeal without losing their affluent lifestyle. Kyla Weber
Continue Reading Below
1st September In History
DID WE MISS SOMEONE?
CLICK HERE AND TELL US
WE'LL MAKE SURE
THEY'RE HERE A.S.A.P
Quick Facts

South Korean People
Virgo Women
Childhood & Early Life
Park was born in South Korea on September 1, 1977. Little to no information is available on her family or early life. Her father, Park Cheol, was once a director at Munhwa Broadcasting Corporation and helped produce several hit Korean TV shows from the late 1980s to the 1990s. At some point, she moved to the United States of America. She is a well-known painter and artist. Relationship with Wesley Snipes
Snipes was previously married to his college sweetheart April Dubois (married 1985–1990), with whom he has a son named Jelani Asar Snipes (born 1988). Park began dating him sometime in the late 1990s. They named their first son Akhenaten Kihwa-T Snipes. Their daughter, Iset Jua-T Snipes, was born on July 31, 2001. Snipes and Park married on March 17, 2003, in a civil ceremony in Hackensack, New Jersey at the County Court House. Their third child, another son whom they named Alaafia Jehu-T Snipes, was born in 2004. In 2007, Park gave birth to their third son, Alimayu Moa-T Snipes.
Snipes considers his wife’s native country, South Korea, to be his second home. On October 12, 2006, Snipes, along with Eddie Ray Kahn and Douglas P. Rosile, faced charges of one count of conspiring to defraud the United States and one count of knowingly making or aiding and abetting the making of a false and fraudulent claim for payment against the United States. Furthermore, Snipes was charged with six counts of wilfully failing to file federal income tax returns by their filing dates and of not filing tax returns for the years 1999 through 2004. While he was eventually acquitted on the felony count of conspiracy to defraud the government and on the felony count of filing a false claim with the government, he was convicted of wilful failure to file federal income tax returns and on April 24, 2008, was sentenced to three years in prison, which he began serving on December 9, 2010. He was ultimately released on April 2, 2013.
Park had been pregnant with their fourth child when the US government presented their case against her husband in the court. She fully supported Snipes as he went to jail and looked after her family for the next three years.
You May Like

Who Is The Most Popular BTS Member? 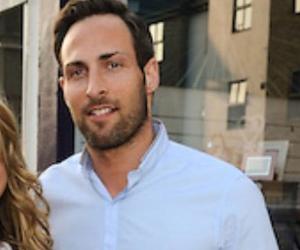