You have reached the cached page for https://www.imdb.com/title/tt2220550/
Below is a snapshot of the Web page as it appeared on 9/8/2020 (the last time our crawler visited it). This is the version of the page that was used for ranking your search results. The page may have changed since we last cached it. To see what might have changed (without the highlights), go to the current page.
You searched for: +Smash The Song We have highlighted matching words that appear in the page below.
Bing is not responsible for the content of this page.
"Smash" The Song (TV Episode 2013) - IMDb
FULL CAST AND CREW | TRIVIA | USER REVIEWS | IMDbPro | MORE LESS
0Check in
X I'm Watching This!
Keep track of everything you watch; tell your friends.

TV-14 | 43min | Drama, Musical | Episode aired 26 February 2013
Season 2 | Episode 4
Previous
All Episodes (32)
Next
3:25 | Trailer
1 VIDEO | 2 IMAGES
Eileen has to decide if she will sell Nick down the river at the deposition into the illegal funding of "Bombshell". The fact that Nick has gone into hiding may make her decision easier. ... See full summary »

High School Icons, Then and Now 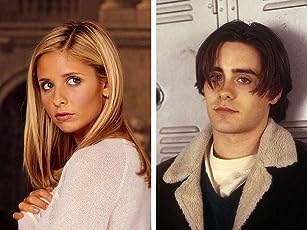 See high school TV and movie icons then and now, from "Buffy the Vampire Slayer" and more favorites.

Search for "The Song" on Amazon.com

Eileen has to decide if she will sell Nick down the river at the deposition into the illegal funding of "Bombshell". The fact that Nick has gone into hiding may make her decision easier. While the cast and crew wait in limbo as to Bombshell's fate, many, including Derek as director, Tom as musical director, and Karen and ultimately Ivy as chorus work on Veronica Moore's concert, which will be performed in 24 hours to a sold out house. Veronica wants this event to be her big break away from her sweet, ingénue image, or so she says. Despite the fact that a deal has been struck to air this concert on cable television, no one seems very happy due to competing priorities, namely those of Derek, Tom, Veronica, and Veronica's stage-mother mother, Cynthia Moore. Part of those problems may be solved by a new song for Veronica to perform that satisfies all the parties involved. Nothing in Tom and Julia's catalog fits the bill, so Karen thinks that Jimmy could write that song if there isn't one ... Written by Huggo

Karen Cartwright: [on phone] Kyle, it's me. Uh, I just wanted to check on Jimmy, see how he's doing... Is he there?
Kyle Bishop: No, he's not here. In fact, I have no idea where he is. I gave up looking for him around five.
Karen Cartwright: But he's been gone all night?
Kyle Bishop: Look, Karen. You're a really nice person, and it's great that you're trying to help us and stuff, but there's a lot you don't know, okay? Jimmy's got a trigger. And when it gets pulled, he disappears. Sometimes for hours, sometimes days.
Karen Cartwright: Well, let me help you look for him.
Kyle Bishop: I gotta ...
Karen Cartwright:
[...]
See more »