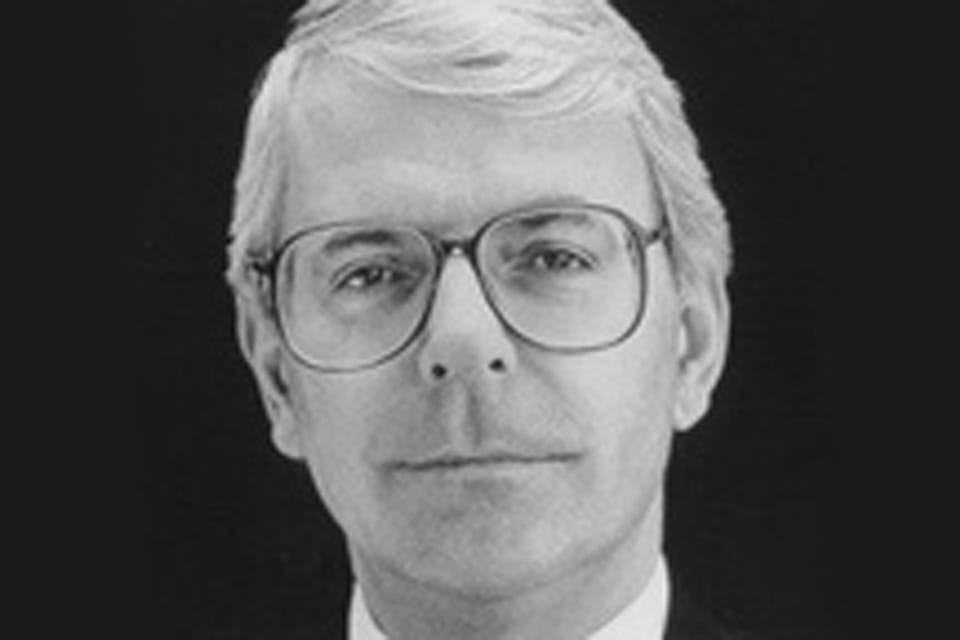 In 1994 his government's representatives participated in the negotiation of a cease-fire in Northern Ireland. Following the death of Diana, Princess of Wales, in 1997, John Major was appointed a special guardian to Princes William and Harry with responsibility for legal and administrative matters. A cricket enthusiast, in 2005 he was elected to the Committee of the Marylebone Cricket Club. He is a successful after dinner speaker.

John Major was born in 1943 in Carshalton, Surrey, but raised in Brixton. Unlike many Prime Ministers of the 20th century, he did not attend university after leaving school at 16.

John Major entered politics at a young age as an active Young Conservative in Brixton and stood as a candidate for Lambeth Council aged only 21, winning the seat and becoming chairman of the Housing Committee. He stood for Parliament twice in 1974 in St Pancras, losing both times before winning Huntingdonshire in 1979.

In 1981 he became a ministerial aide and then a minister himself in 1985. Entering Cabinet in 1987 as Chief Secretary to the Treasury, he won the admiration and respect of his colleagues due to his ability to keep spending down. He was then promoted to Foreign Secretary in 1989 and Chancellor of the Exchequer soon after that.

Following Margaret Thatcher, John Major became Prime Minister and attempted to make peace between both party and country in the wake of a divisive decade. He took a leading role, alongside US President George HW Bush, in the first Gulf War, and survived an IRA mortar attack on Number 10 during a Cabinet meeting.

He won the 1992 general election, with the Conservatives receiving the highest number of popular votes in history but with a smaller majority of 21, which itself was reduced in by-election defeats during the parliament. This victory was on the back of reversing the unpopular poll tax, Community Charge, which was introduced at the end of the Thatcher government.

After this election, however, his fortunes began to change. Five months into the new parliament, John Major was forced to abandon a leading part of his economic policy: membership of the Exchange Rate Mechanism. Intended to keep inflation low by linking exchange rates to the Deutschmark, the markets forced the UK out after government spent billions trying to buck the market.

At the same time a fresh round of conflict began within his own party over Europe. He secured a number of opt-outs from the Maastricht Treaty regarding social policy and membership of the single currency – but this was not enough for a number of his colleagues. Throughout the rest of his time as Prime Minister, he suffered from continued attacks from his own party and Cabinet on Europe, which played a role in destabilising the government

In addition to this, the Major government was the subject of a number of press stories about infidelity and poor moral behaviour both within the Cabinet and wider party. The label of ‘Tory sleaze’ stuck and lost John Major’s government further credibility.

The economy picked up after leaving the Exchange Rate Mechanism, and, under John Major, the beginning of Britain’s longest period of continuous economic growth began. He also began work engaging with the IRA to work towards a peaceful end to the conflict in Northern Ireland, his work there leading the way for the Good Friday Agreement in 1998.