You have reached the cached page for https://www.britannica.com/biography/Sigismund-II-Augustus
Below is a snapshot of the Web page as it appeared on 9/20/2020 (the last time our crawler visited it). This is the version of the page that was used for ranking your search results. The page may have changed since we last cached it. To see what might have changed (without the highlights), go to the current page.
You searched for: +Sigismund II Augustus We have highlighted matching words that appear in the page below.
Bing is not responsible for the content of this page.
Sigismund II Augustus | king of Poland | Britannica
Sigismund II Augustus
king of Poland
Media
Print
Thank you for your feedback

king of Poland
WRITTEN BY
The Editors of Encyclopaedia Britannica
Encyclopaedia Britannica's editors oversee subject areas in which they have extensive knowledge, whether from years of experience gained by working on that content or via study for an advanced degree....
Alternative Titles: Augustus I, Zygmunt August

Britannica Quiz
European History
What was the name of Franz Ferdinand’s assassin?

The only son of Sigismund I the Old and Bona Sforza, Sigismund II was elected and crowned coruler with his father in 1530. He ruled the duchy of Lithuania from 1544 and became king of Poland after his father’s death in April 1548. After his first wife died childless (1545), he secretly married Barbara Radziwiłł, of a Lithuanian magnate family (1547). When he announced his marriage in 1548, the szlachta (Polish gentry) tried to force an annulment because it feared the influence of the Radziwiłłs. He overcame the opposition, but Barbara died childless in 1551, allegedly poisoned by Sigismund’s mother. A third marriage (1553), to his first wife’s sister Catherine, also proved childless, and at his death the direct Jagiellon line ended.

In 1559, when the Livonian Order (a branch of the Teutonic Knights) became too weak to protect itself from Muscovite attacks, it sought and obtained Sigismund’s previously offered protection. The Polish king intervened, but, as Livonia continued to be menaced by Muscovy as well as Sweden and Denmark, the Livonian Order and Sigismund II Augustus concluded the Union of Wilno (Vilnius) in 1561: thereby the Livonian lands, north of the Dvina (Daugava) River, were incorporated directly into Lithuania, while Courland, south of the Dvina, became a secular duchy and Polish fief.

The subsequent war (see Livonian War) with Tsar Ivan IV the Terrible over Livonia compelled Sigismund to strengthen his position by constitutionally uniting all the lands attached to the Polish crown. Supported by the Polish and Lithuanian gentry, Sigismund ceded his hereditary rights in Lithuania to Poland (1564), thus placing the two states in constitutional equality but not in a complete union. In 1569 he formally incorporated Podlasie, Volhynia, and Kiev provinces into the Polish kingdom, thereby giving their representatives seats in the Sejm; the enlarged Sejm then enacted the Union of Lublin (1569), uniting Poland and Lithuania as well as their respective dependencies.

Get exclusive access to content from our 1768 First Edition with your subscription. Subscribe today
This article was most recently revised and updated by Amy Tikkanen, Corrections Manager. 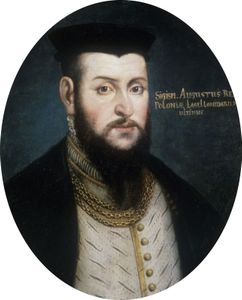