#RoyalFlashback | The Wedding of the Prince of Schwarzenberg and Princess Hilda of Luxembourg at Berg Castle in Lux… twitter.com/i/web/status/1…

The Wedding of the 10th Prince of Schwarzenberg and Princess Hilda of Luxembourg, the third daughter of Grand Duke William IV of Luxembourg and Infanta Marie Anne of Portugal (wearing the Luxembourg Empire Tiara), at Berg Castle in Luxembourg on this day in 1930, in the presence of Royal and Noble Families from around Europe, including her sister, Grand Duchess Charlotte of Luxembourg and brother-in-law Prince Felix (who gave the bride away), and another sister, Crown Princess Antonia of Bavaria (wearing the Bavarian Crown Pearls). The couple had no children, and after losing their extensive Czech properties during the Second World War, they lived between Schwarzenberg family estates in Austria, Italy, Switzerland and Kenya. The Prince died in 1950, and the Princess in 1979. 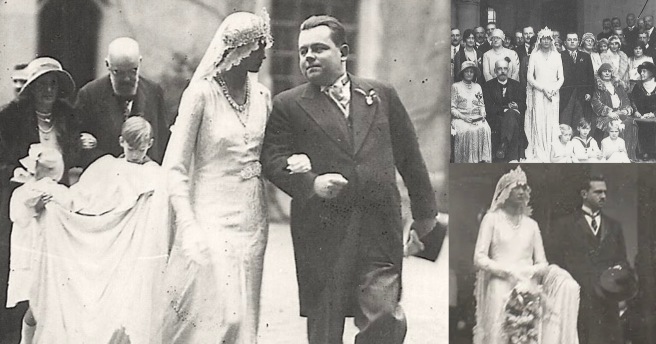