By Rebecca Davison for MailOnline

Susanna Reid was absent from Good Morning Britain on Thursday after announcing she is taking an extended break over the summer.

The 51-year-old told viewers on Wednesday she would be taking some time off and Ben Shephard, Charlotte Hawkins, Kate Garraway and Ranvir Singh will be taking it in turns to cover for her.

Susanna looked incredible on the show wearing a stunning red dress which had floaty sleeves and was belted at the waist. 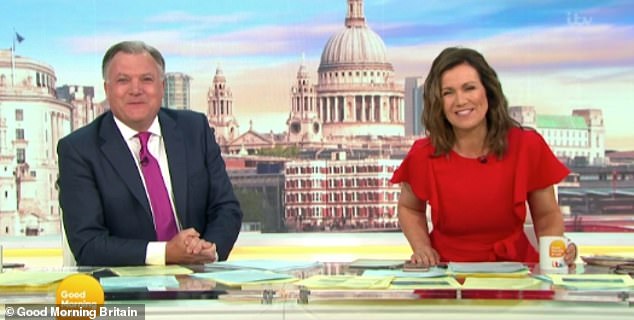 See you! Susanna Reid was absent from Good Morning Britain on Thursday after telling viewers she is going on an extended break this summer - pictured on the show on Wednesday

Co-star Richard Madeley, 66, has also said he will be taking a few months off this summer despite becoming one of the main presenters to replace Piers Morgan, 57.

He recently said: 'Since Piers left, as you know, his chair has been a kind of rotating gig and all sorts of presenters have come in and done it.

'It is true that of late I’ve kind of risen to the top of that pile I suppose. But I don’t know for how long as I’m on quite a short contract. 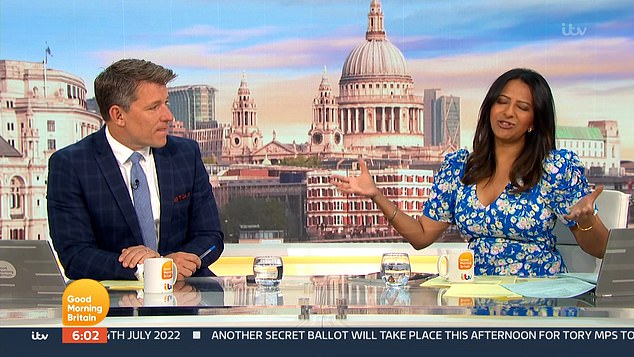 Doing her thing: Ranvir Singh (right) was standing in for Susanna on Thursday's show, alongside Ben Shephard

'I don’t know what’s going to happen. I’ve got quite a big break in the summer, I’m going to France and then I’ll be back quite a lot in the autumn.

'But as for next year I have no idea and that’s fine for me. I’m not chasing it, you know.

'If they turn around and say "We’re relaunching the programme and thanks Richard for all the fish but we’re going to use so and so," that would be fine with me.'

Last month, Susanna revealed she has found it difficult to shift the weight she put on during the coronavirus lockdown.

The TV presenter previously admitted to suffering with a 'lockdown slump' that saw her put on a few pounds while gyms were shut and the country was stuck at home. 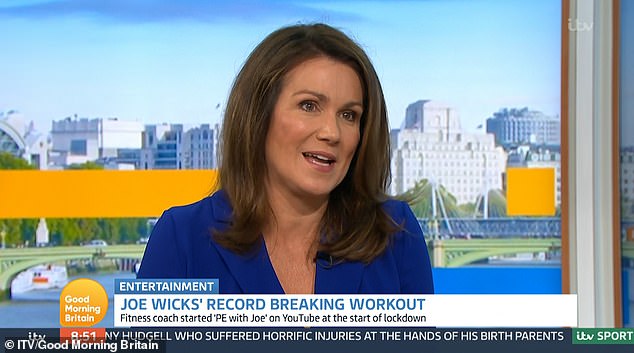 Candid: Susanna recently revealed she has found it difficult to shift the weight she put on during the coronavirus lockdown

Talking to Body Coach's Joe Wicks, she said: 'Obviously during lockdown you did, basically, national service for all of us by keeping us all fit.

'The fact of the matter is that lockdown has had a massive impact on people.'

'Despite all of that, and the fact that we could get fit online, we do face an increasing obesity crisis.'

'I found it really hard to shift those pounds. What is the problem when there are so many workout plans, so many nutrition plans, what is the reason for that?'

Changes: Susanna previously lost an incredible two stone prior to the coronavirus lockdown [L] as she cut out alcohol from her diet, but recently she admitted to gaining some weight again after suffering with a 'lockdown slump' [pictured right after her recent weight gain]

Joe replied: 'People gained weight because people were less active, but it is really a mental health crisis that we've got on our hands.

'Obviously when we're stressed and we feel down, we turn to food – to watch a movie and eat a chocolate bar and a bag of crisps.

You’ve got to try and inspire people to get moving and be active for their mental health. If you move your body, your mind will change and the transformation will come.' 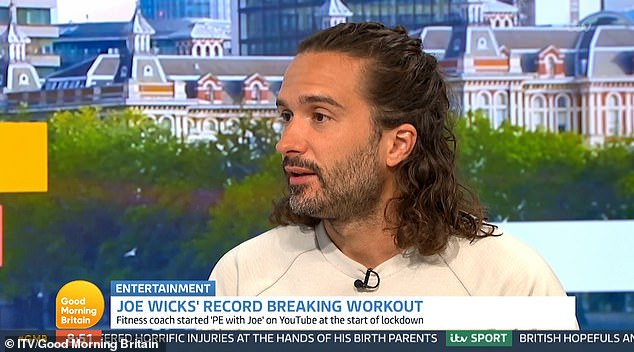 Interview: Speaking to Joe Wicks on Good Morning Britain, Susanna praised the health guru, 36, for helping to keep the nation fit during lockdown

Why Susanna Reid is absent from Good Morning Britain