What is the Royal Vault? Where Prince Philip is buried, who else is there and why he’s being moved

The Queen will end her journey at Windsor Castle, which was her home for much of the pandemic, as well as other periods during her life

Details about the Queen’s funeral on Monday have been revealed.

The event is to be one of the most historic in many people’s lifetime, and her death has sparked an outpouring of grief.

The funeral of Queen Elizabeth II

The Queen will end her journey at Windsor Castle, which was her home for much of the pandemic, as well as other periods during her life.

The castle was the Queen and her sister Princess Margaret’s home during much of the Second World War, when she was still a child.

Here’s everything we know about where the Queen will be buried.

Where will the Queen be buried?

Operation London Bridge – the codename for the plans for the Queen’s death – states that, following her funeral, she will be buried in St George’s Chapel at Windsor Castle.

She will be placed in the King George VI Memorial Chapel in Windsor, and she will be with her husband the Duke of Edinburgh.

Prince Philip is currently in the Royal Vault, but he will be moved to lie beside his wife in the chapel.

The chapel is also the resting place of her father King George VI, the late Queen mother, and sister Princess Margaret.

St George’s Chapel was founded in 1475 by King Edward III and has since been at the centre of many royal ceremonies.

It officially became the chosen burial place for the Royal Family in the 19th century, and is the final resting place for dozens of its members.

The part of the chapel the Queen will be buried in was constructed in 1969. George VI, the Queen’s father, was moved there from the Royal Vault.

The chapel has also been where happy celebrations take place, such as the royal weddings of the Duke of Sussex and Meghan Markle, and Princess Eugenie and Jack Brooksbank.

What is the Royal Vault?

The chapel itself contains several separate burial places, such as the Royal Vault, the Altar, and the Albert Memorial Chapel.

The Vault is located beneath the St George’s Chapel, and it was constructed between 1804 and 1810 under the orders of George III.

Prince Philip is currently there but will be moved to be with the Queen in the chapel.

The last person before him to be buried there was Princess Alice, his mother, in 1969. She was later transferred to Jerusalem.

When is the Queen’s funeral?

At 6.30am on Monday, the day of the funeral, the Queen’s lying-in-state will end, and in the morning the coffin will be taken in procession from Westminster Hall to Westminster Abbey for the funeral.

The service is set to take place at 11am.

There will be a national two-minute silence held at midday.

The state funeral, which will be televised, is the first in more than half a century, since the televised funeral of Winston Churchill, who died in 1965.

After the service, the coffin will be taken in a procession to Wellington Arch, behind Buckingham Palace, where it will be transported to Windsor.

In Windsor, the coffin will travel to St George’s Chapel via the Long Walk, where a private committal service will see her finally laid to rest.

What is the timeline for the day?

The funeral is set to take place at 11am at Westminster Abbey, but the day will start long before then, and further details of the ceremony have now been released by Buckingham Palace.

At 6.30am on the day of the funeral, the Queen’s lying-in-state will end.

At 8am the doors of Westminster Abbey will open for the congregation to begin taking their seats.

Heads of state and overseas government representatives, including foreign royal families, governors general and Realm prime ministers, will gather at the Royal Hospital Chelsea and “travel under collective arrangements” to the Abbey, the Earl Marshal said.

He added that other representatives of the Realms and the Commonwealth, the Orders of Chivalry including recipients of the Victoria Cross and George Cross, Government, parliament, devolved parliaments and assemblies, the Church, and Her Majesty’s patronages will form the congregation, along with further representatives from law, emergency services, public servants and professions, and public representatives.

Members of the British Royal Family who are not processing from Westminster Hall will have arrived at the abbey and been escorted to their seats in the South Lantern.

The King will once again lead his family in marching behind the Queen’s coffin when it is moved, at 10.44am on Monday, from Westminster Hall to Westminster Abbey for the Queen’s funeral service.

He will walk with the Princess Royal, Duke of York and Earl of Wessex and behind the quartet will be the Queen’s grandsons Peter Phillips, Duke of Sussex and the Duke of Cornwall and Cambridge.

They will be followed by the late monarch’s son-in-law Vice Admiral Sir Tim Laurence, the Duke of Gloucester, the Queen’s cousin, and her nephew the Earl of Snowdon.

The Queen’s coffin will be carried during the procession on a 123-year-old gun carriage towed by 98 Royal Navy sailors in a tradition dating to the funeral of Queen Victoria.

The procession will be led by a massed Pipes & Drums of Scottish and Irish Regiments, the Brigade of Gurkhas, and the Royal Air Force – numbering 200 musicians.

The procession will arrive at the west gate of Westminster Abbey at 10.52am when the bearer party will lift the coffin from the gun carriage and carry it into the abbey for the state funeral service, the Earl Marshal said.

The service will begin at 11am and will be conducted by the Dean of Westminster.

The Prime Minister and the Secretary General of the Commonwealth will read lessons, while the Archbishop of York, the Cardinal Archbishop of Westminster, the Moderator of the General Assembly of the Church of Scotland and the Free Churches Moderator will say prayers.

The sermon will be given by the Archbishop of Canterbury who will also give the commendation, while the Dean will pronounce the blessing.

At around 11.55am the Last Post will sound, followed by two minutes of silence to be observed in the Abbey and throughout the UK.

Reveille, the national anthem and a lament played by the Queen’s piper will bring the state funeral service to an end at around noon.

The bearer party will then lift the coffin from the catafalque and will move in procession through the Great West Door returning to the State Gun Carriage positioned outside the West Gate.

The coffin will be followed by the King and the Queen Consort, the Duke and Duchess of Cornwall and Cambridge and members of the Royal Family, who will walk in the procession to Wellington Arch.

After the service the Queen’s coffin will be returned to the gun carriage by the bearer party and a procession will travel to Wellington Arch at Hyde Park.

The King and the royal party will take up their same places behind the coffin as when they escorted it to the Abbey, while the Queen Consort and Duchess of Cornwall and Cambridge will travel to the site by car2, as will the Duchess of Sussex and Countess of Wessex.

The route will be lined by the Armed Forces from Westminster Abbey to the top of Constitution Hill at the Commonwealth Memorial Gates.

The procession is formed of seven groups, each supported by a service band. Members of the Royal Canadian Mounted Police will lead, immediately followed by representatives of the Police Service of Northern Ireland, the NHS, along with detachments from the Armed Forces of the Commonwealth.

At Wellington Arch the Royal Family will watch as the Queen’s coffin is transferred to the new state hearse, whose details the Queen approved, before it begins its journey to Windsor Castle.

The Earl Marshal said that at 3.06pm, the state hearse will approach Shaw Farm Gate on Albert Road, Windsor, and join the procession, which will be in position.

At approximately 3.40 pm the King and other members of the Royal Family who are walking in the procession join it at the Quadrangle on the North side as it passes into Engine Court.

Members of the Queen’s, the King’s and the Prince of Wales’s households will be positioned at the rear of the coffin.

The Queen Consort with the Princess of Wales, and the Duchess of Sussex with the Countess of Wessex will again follow by car.

At 3.53pm, the procession will halt at the bottom of the West Steps of St George’s Chapel in Horseshoe Cloister.

The bearer party will lift the coffin from the state hearse, from where it will be carried in procession up the West Steps.

The Queen will be interred with the Duke of Edinburgh in King George VI’s Memorial Chapel in St George’s Chapel, Windsor Castle, in a private service at 7.30pm on Monday.

But the burial service conducted by the Dean of Windsor and attended by the King and royals will remain entirely private, as a “deeply personal family occasion”.

Who is going to the funeral?

Two thousand people including world leaders and foreign royals will gather inside Westminster Abbey in London on Monday for the final farewell to the monarch.

Some 800 people, including members of the Queen’s Household and Windsor estate staff, will attend the committal service afterwards at 4pm in St George’s Chapel, Windsor Castle.

The following have confirmed they will come to London:

Nearly 200 key workers and volunteers recognised in the Queen’s Birthday Honours list have been invited to attend her state funeral, Downing Street has said.

The 183 people will be part of a 2,000-strong congregation gathered at the historic church for the final farewell to the Queen.

Energy price cap raised to £4,279 a year, but most households will be protected 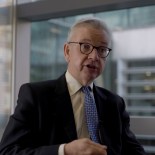 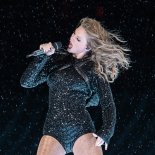 Swifties vs Ticketmaster – inside the fight for fair ticketing 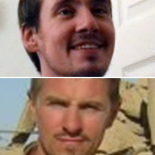 British soldiers are getting more heat-related illness than ever, despite MoD promises 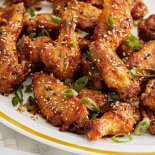 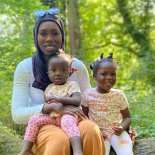 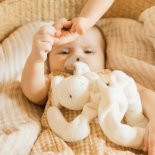 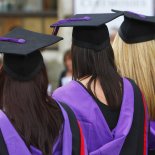 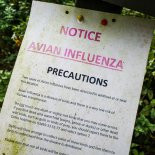 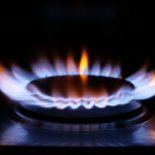 Energy price cap raised to £4,279 a year, but most households will be protected 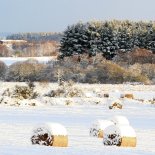 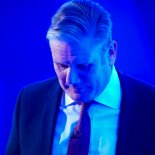 Keir Starmer has totally misread the national mood on immigration 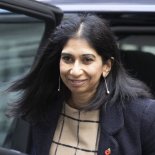 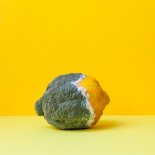 The dangers of mould in your home, from food safety to 'mould sickness'