British History: The Formation of Great Britain and the United Kingdom

British history is 1000+ years in the making. It starts with England in the 800’s and leads a thousand years later to today’s United Kingdom. 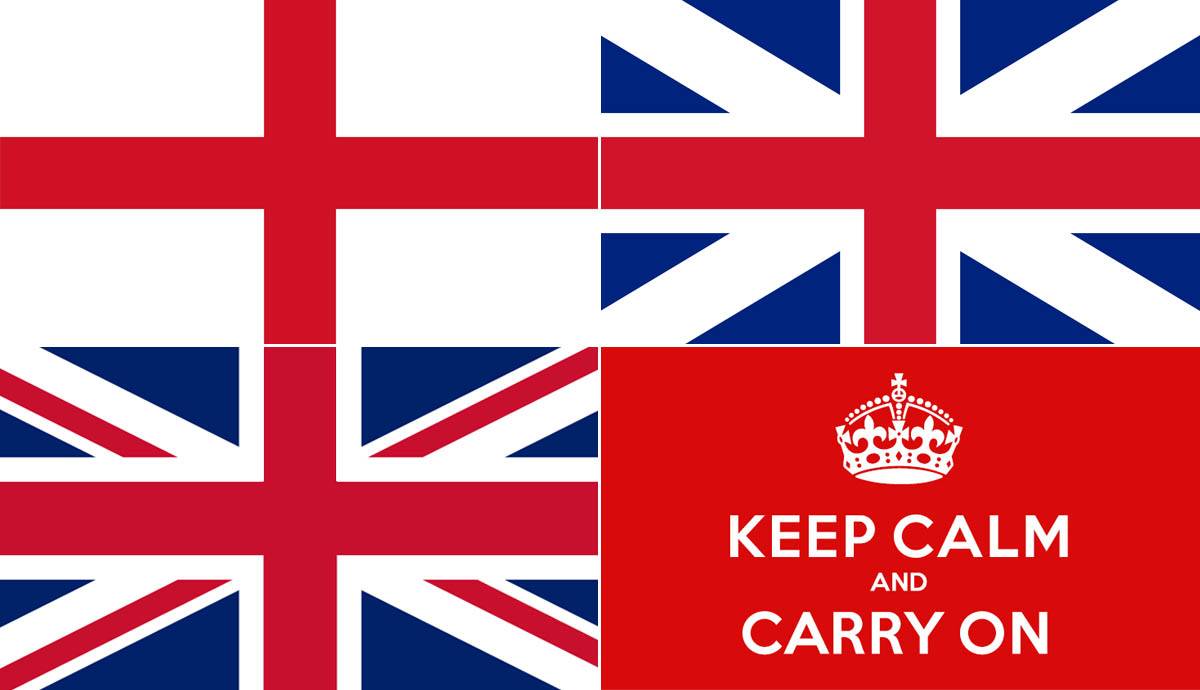 The story of British history begins over a thousand years ago with a regional leader called Alfred, King of Wessex, one of the history of England’s most popular monarchs. After the Romans had left the island they called Britannia (which we now call Britain) in the early 5th century, a complex system of governance emerged. The area we now know as England was made up of several regional Kingdoms who spent the next 500 or so years locked in an ongoing cycle of conflict, with each ruler vying for overlordship. Waves of immigration from mainland Europe and Scandinavia altered the island’s demographics and, over time, brought about profound cultural changes. By the time of Alfred’s birth in 848, most of the island was culturally and ethnically what we would now call Anglo-Saxon.

Alfred ascended the throne of Wessex (the regional Kingdom encompassing large chunks of southwestern England) at the age of 21 and made his capital in the well-known city of Winchester. He immediately set about reorganizing the realm and preparing for a fight to the death with the Vikings, who had by this time conquered vast swathes of the north. Through a combination of tactics, good organization, and luck, he managed to hold them off. He defended his own kingdom and then took the fight to them, gaining overlordship of many of the surrounding Anglo-Saxon kingdoms in the process. By the time of his death in 899, he was the ruler of vast chunks of the island. As the first “King of all the Anglo-Saxons,” he became the undisputed father of the English nation, evermore known to posterity as “Alfred the Great.”

The History of England Begins

In 927, Alfred’s grandson Æthelstan formally united the various polities of which he was overlord into one Kingdom of England, a Kingdom that would continue to expand across geographic Britain and administer the territory uninterrupted for the next 600 years. Æthelstan’s successors would include such well-known figures as William the Conqueror, Richard the Lionheart, and Henry VIII.

Get the latest articles delivered to your inbox

Please check your inbox to activate your subscription

By the mid 11th century, England had become a prize worth fighting for. It was an organized nation that spanned vast swathes of geographic Britain. The throne was sought after by enemies to the south in Northern France and to the east in Denmark. In 1066, William the Duke of Normandy launched the famous invasion of England with his dubious claim in hand. Following his victory at the Battle of Hastings, he was crowned King. He and his successors would once again reorganize the Kingdom of England, expel the remaining Vikings and consolidate English domination over the island.

A Brief Detour to Scotland

Unlike England, Scotland was never conquered by the Romans. Emperor Hadrian built his famous wall as a barrier against the territory they called Caledonia. This meant that the northern part of geographic Britain would follow its own separate historical trajectory from the history of England for many centuries. There were regular cultural interchanges, and the border remained in a constant state of flux due to regular wars between England and Scotland. However, Scotland’s history is very much separate from the history of England until much later on in our story of British history.

The Statute of Rhuddlan 1284: King of England and Prince of Wales

The next major point in the political development of England and British history began in the early 13th century after Edward I set about conquering Wales. Much like England, geographic Wales had slowly unified over the previous centuries. The lands were fertile and featured a diverse economy with well-developed trade routes. They were irresistible to the English King looking to expand his treasury. Following a series of military victories and several heroic instances of resistance by Welsh princes, in 1284, the Statute of Rhuddlan effectively ended Welsh independence. The title of Prince of Wales would become honorific, one given to the heir to the English throne at the behest of the English Monarch. Wales would be subsequently directly ruled from the English capital until 1997 when they were granted a degree of devolution for the first time.

From the Medieval to the Early Modern…

From the conquest of Wales to the death of Elizabeth I, the English state as a political entity continued in relative stability. That’s not to say it was not beset by internal conflicts. Dynastic rivalries saw several monarchs overthrown, and rebellions broke out on a regular basis throughout the many centuries of this era. However, the internal conflicts were always over who should wear the English Crown or how the English monarch governed, not over whether there should be a kingdom of England at all.

The next set of major changes to the political status of geographic Britain came at the dawn of the 17th century. Elizabeth I famously declared that she would take no husband, and therefore the heir apparent (although unrecognized formally) was her distant cousin James VII of Scotland. In the twilight years of her reign, secret planning was undertaken by the Virgin Queen’s courtiers to ensure an orderly succession. Upon her death in 1603, the biggest change in the island’s political status since Alfred the Great took place. James VIII of Scotland became simultaneously James I of England. For the first time ever, one Monarch reigned across the entirety of Britain. The history of England ended, and British history began.

The Union of the Crowns, as it became known, didn’t mean the unification of geographic Britain but the start of a now truly British history. Each nation still retained its own parliament, court, military, and legal system. This status quo would last for the next century. The union marked the beginning of an amalgamation that would take the next century to complete.

The 1600s was arguably the most formative century of British history. It was a period marked by revolution. In 1642, Civil War broke out in England. It resulted in previously unimaginable changes. The King was defeated in battle by his own parliament and subsequently executed.

A republic took his place, a first for the history of England and British history in general, with Oliver Cromwell as the new ruler. Cromwell forcibly turned the whole British Islands into the “Commonwealth of England, Scotland and Ireland.” His conquests would see him live out the rest of his life as “Lord Protector,” the de facto military dictator of England, Scotland, and Ireland.

A Brief Detour to Ireland

The story of geographic Ireland is a separate article entirely. However, its fate over the last thousand years has been heavily intertwined with that of geographic Britain and of British history in general. Briefly put, the geographic British Isles consist of the main islands of Ireland and Britain plus many other small ones like Mann and Jersey. English Kings in the medieval period seized control of geographic Ireland, ruling over the clans and principalities that previously existed as feudal overlords. In 1542, Henry VIII, one of the most well-known monarchs in the history of England, became the first King of Ireland. Ireland retained its own Parliament and was ruled by the English monarch in a personal union until 1800.

The Birth of Great Britain

Following Oliver Cromwell’s death, the monarchy was restored, and the British Isles nominally went back to being three separate kingdoms in a personal union. Yet the integration undertaken by Cromwell’s rule would never really be undone. As is almost always the case, once power is centralized, it is very rarely voluntarily given up. From now on, London would dominate the British Isles.

The restoration introduced the beginnings of what we now know as the concept of constitutional monarchy. Parliament was sovereign with a King who reigned, not ruled. This created an increasingly complex situation that saw one island have two nominally independent legislatures under one head of state. As the 1600s ended, deliberations began between the English and Scottish parliaments on a formal political union. In 1707, the Acts of Union were passed, making geographic Britain “United into One Kingdom by the Name of Great Britain.” Formal British history had begun.

This really was a watershed moment in British History. For the first time, the whole of geographic Britain was united into one nation. The union was all-encompassing, including the literal merging of the two flags to create the basis of today’s Union Jack. A new national identity emerged with a new symbol, Britannia. Over the next hundred years, the Kingdom would grow in wealth, power, and influence, seeing the birth of Empire with Britannia ruling the waves.

In 1800, the British and Irish Parliaments voted in favor of union. On 1st January 1801, the new United Kingdom of Great Britain and Ireland was officially born. There was one parliament for the entire British Isles. For the next 120 years, as far away places as Cork, Inverness, and Kent were now governed by one legislature in London.

Yet this new United Kingdom was contested from the start. Many in predominantly Catholic Ireland did not see themselves as British and never would. London would always be seen as a foreign capital. The growing wealth that came from the Industrial Revolution did not make its way across the Irish Sea. Many Irish people saw themselves in the same position as people in many of Britain’s far-flung colonies, victims of colonial oppression. The so-called “Irish Question” would hound British parliamentarians of all political persuasions for the next century leading eventually to first a form of “Home Rule” and then ultimately total independence and the proclamation of an Irish republic in the mid 20th century.

As we currently stand, the country is now formally the United Kingdom of Great Britain and Northern Ireland. The four nations of England, Scotland, Wales, and Northern Ireland share the same Parliament and the same Queen but also have their own devolved legislatures. In many ways, today’s UK has a quasi-federal structure with each constituent part having varying controls over its own affairs. How long this latest iteration of union will last, though, is for a different article entirely.

The Christianization of Anglo-Saxon England 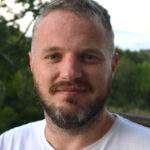 By Thomas WilloughbyBA (Hons) PoliticsTom is passionate about political history, choosing to specialize in this at University. He graduated from the University of York in 2012 and worked as a Political Campaign Manager for one of the UK’s main parties for a number of years. He currently works in Marketing in the City of London for a Fintech. In his spare time, he loves to travel, go to the theatre, listen to 80’s vinyl, and usually reads at least one political history book every ten days.

The Christianization of Anglo-Saxon England

Macbeth: Why the King of Scotland was More Than a Shakespearan Despot

The English Civil War: The British Chapter of Religious Violence