You have reached the cached page for http://moviemezzanine.com/pitch-perfect-2-review/
Below is a snapshot of the Web page as it appeared on 10/23/2020 (the last time our crawler visited it). This is the version of the page that was used for ranking your search results. The page may have changed since we last cached it. To see what might have changed (without the highlights), go to the current page.
You searched for: +Pitch Perfect 2 movie We have highlighted matching words that appear in the page below.
Bing is not responsible for the content of this page.
Movie Review: "Pitch Perfect 2" | Movie Mezzanine 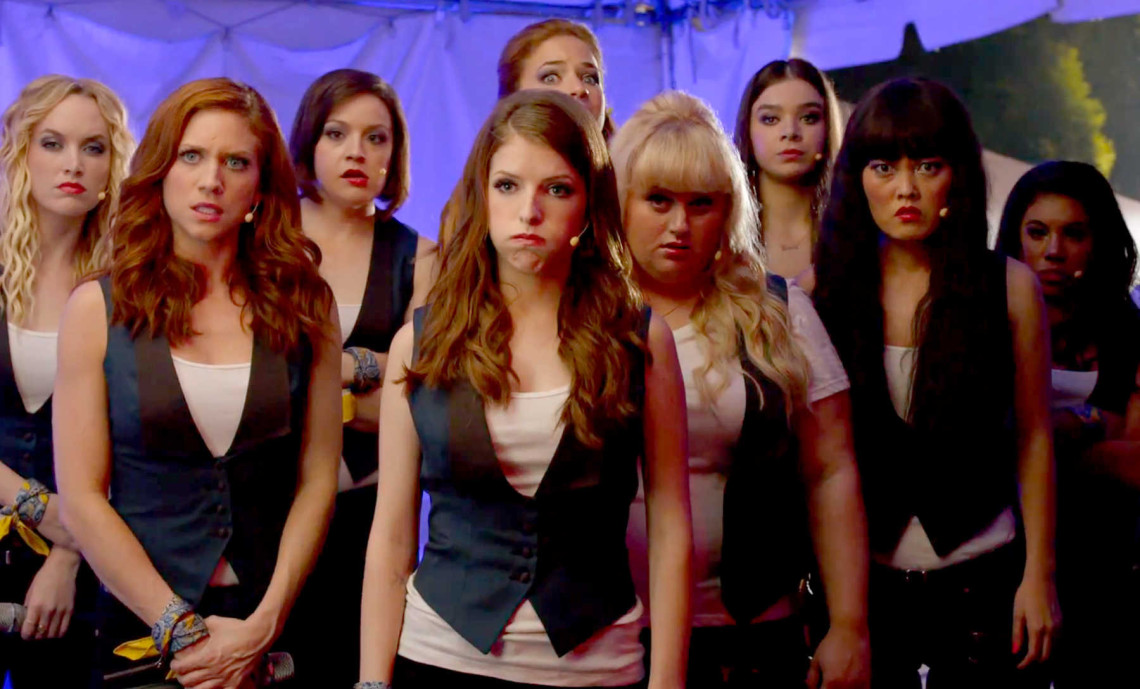 If comedy is hard, then comedy sequels face an even more difficult obstacle. Often hampered by the sense of regurgitation and superfluous additions used to heighten the stakes, second chapters within the genre tend to feel forced. And, unfortunately, Pitch Perfect 2 isn’t an exception to the rule. This follow-up to the 2012 musical comedy features many of the same actors, stylistic elements, and story beats, but there’s a sense of desperation to the proceedings, whereas the first film felt so light and surprising.

Once more, Anna Kendrick (who’s appeared in three movie musicals in the last five months) is Beca Mitchell, the nascent music producer who’s the leading lady of the Barden Bellas, a renowned collegiate a capella group. They’ve won the national crown three years in a row, and as the film starts, they’re performing for President Obama at the Kennedy Center. Of course, the other shoe must drop, and does quickly, as Fat Amy (Rebel Wilson) accidentally reveals her genitalia to the nation, thus getting stripped of its reigning champ status and turning the Bellas into a worldwide laughingstock at that. They’re even barred from auditioning new singers, but are given a chance at redemption at the A Capella World Championship, which no American group has ever won. To be victorious, the team has to overcome a fearsome German group as well as Beca trying to balance leadership of the Bellas with a full-time music producing gig.

One of the many charms of Pitch Perfect was the focused emotional arc of Beca, whose desire to be a distant loner is challenged by the quirky Bellas. Pitch Perfect 2, however, feels less like a cohesive story, and more like a series of set pieces and sketches cobbled together. Elizabeth Banks, who returns as a capella announcer Gail, makes her feature directing debut here, and does a solid job of staging the various comic and musical scenes. The problem, though, is Kay Cannon’s script, which lurches awkwardly from subplot to subplot and grows more implausible by the minute. For example, the Bellas’ inability to audition anyone evaporates as soon as new student Emily (Hailee Steinfeld) shows up at their door. She’s a legacy student, and she approached them, so of course she can join! Why not? It’s also odd that neither Emily nor her mother (played by Katey Sagal) comment on the Bellas’ Kennedy Center embarrassment; they seem unaware that the event occurred in spite of being a viral sensation. The script also tries its best to acknowledge how silly it is that, for example, Chloe (Brittany Snow) is still part of the group three years after the first film. The hope is clear: if the script winks at the stupidity, we’ll forgive it and move on.

In fact, there’s a great deal of winking humor—a steady stream of cop-out jokes that are meant to make the audience feel better because they wouldn’t say such outrageous and often inappropriately racist comments. The ethnically charged humor falls flat, primarily because it’s extraordinarily lazy. For example, we’re expected to find it hilarious that people south of the border might get diarrhea because of the poor water quality! Another new group member, a Guatemalan immigrant, is a transparent equal opportunity excuse to tell those indolent jokes, and given nothing to do beyond simply being in the frame. And what about those Indians, taking all of our jobs? These jokes would have felt dated in the 1990s, let alone 2015, and yet they comprise roughly a quarter of the film’s gags. Some of the returning cast members that imbued the original film with moxie get a few good moments. Wilson is again deftly funny, though the jokes regarding her weight remain dull. But the true MVP here is Keegan-Michael Key, as Beca’s temperamental boss. Key, one-half of the exceptionally hilarious TV show and duo “Key & Peele,” only shows up in a handful of scenes, but steals the whole film with his aggressive frustration.

Pitch Perfect arrived in the fall of 2012 without any pre-established fanbase or built-in expectations. Since then, the film has become a massive hit via DVD and Blu-ray sales and produced a ubiquitous song performed by Kendrick, along with countless Internet memes. In some ways, the worst thing that happened to Pitch Perfect is its fanbase. Pitch Perfect 2 has an unfortunate sense of the inevitable from the outset, echoing what made the first film special without building on it. Fat Amy will make fat jokes, Beca will be charmingly dismissive, Lilly will mutter baffling non-sequiturs under her breath, and the a capella announcers will litter their commentary with off-the-wall one-liners. There is no surprise in this film, aside from the distinct sense that some of the performers would rather be somewhere else. Kendrick, specifically, seems more distant in the group scenes. And she’s hardly to blame, since this hackneyed follow up proves that fun, sadly, has been silenced.

“Anomalisa” Is A Genuinely Enlivening Work of Art

Back to Basics in “Star Wars: The Force Awakens”