Zooey Deschanel cozies up to beau Jonathan Scott at opening night of Mike Birbiglia: The Old Man And The Pool in Downtown LA

By Kevin Kayhart For Dailymail.com

Jonathan Scott and Zooey Deschanel were among the stars at opening night of Mike Birbiglia: The Old Man And The Pool at Mark Taper Forum in Downtown Los Angeles.

On the heels of his award-winning Broadway show The New One, which made its West Coast premiere on the Ahmanson stage, Birbiglia makes his return to Center Theatre Group with 'a tale of life, death, and a highly chlorinated YMCA pool.' 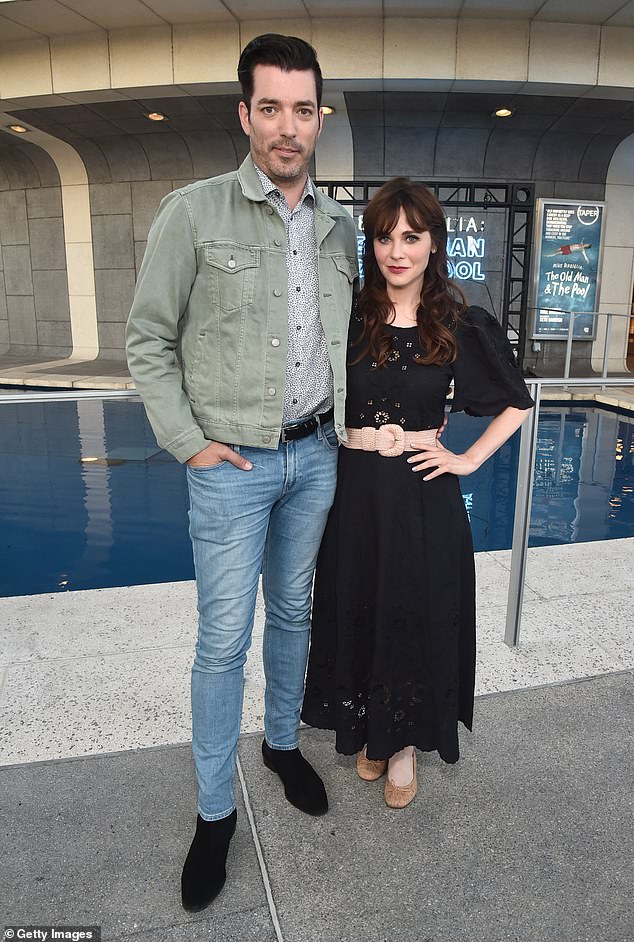 Opening night: Jonathan Scott and Zooey Deschanel were among the stars at opening night of Mike Birbiglia: The Old Man And The Pool at Mark Taper Forum in Downtown Los Angeles

For their night out at the theater, Scott kept it casual-cool in fitted blue jeans with an olive-green jean jacket over a white and brown patterned shirt. He also donned a pair of black boots, and had his dark hair cropped short.

The Property Brothers star, 44, snuggled up next to his ladylove out front of the theater, which holds more than 700 seats.

Deschanel looked lovely decked out in a full-length black dress that was cinched in at the waist with a pink belt. 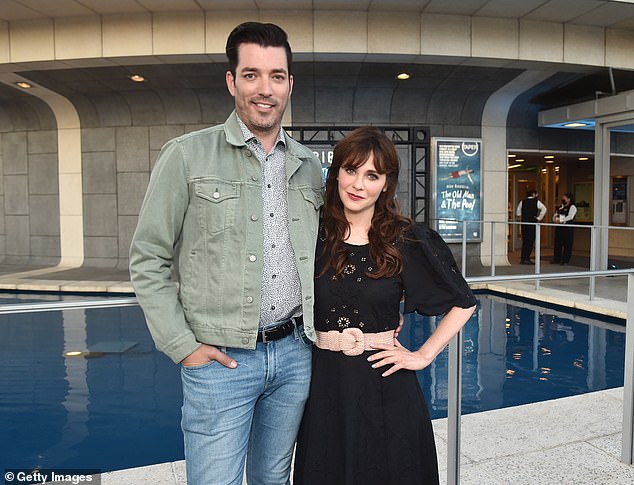 Sweet: The couple cozied up to one another just steps away from the theater

The 500 Days Of Summer star also wore brown slip-on shoes, and styled her dark brown tresses long and flowing well past her shoulders with bangs and a center part.

The couple met while filming an episode of Carpool Karaoke: The Series in August 2019, and just weeks later they were spotted out on a date in Los Angeles.

Most fans know Scott from the reality show Property Brothers that he stars  alongside his twin brother Drew Scott, as well as a number of other spin-offs. 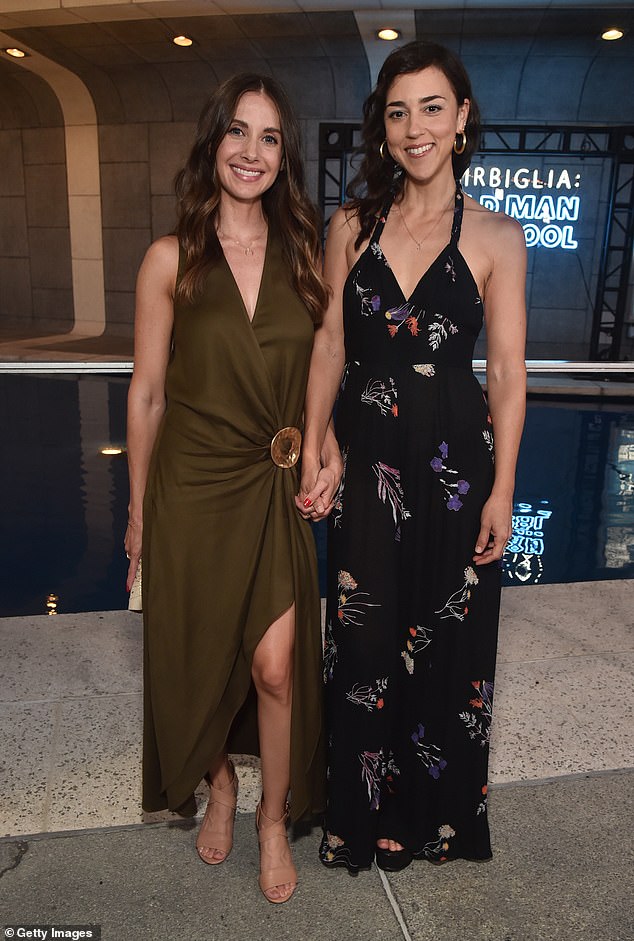 Gal Pals: Allison Brie and Cyrina Fiallo looked eager for a night at the theater 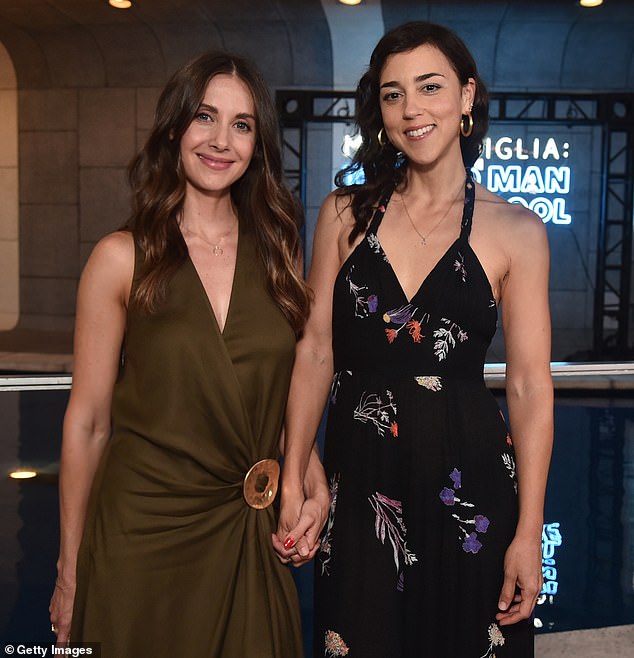 Stylish: Both ladies, who held hands during an impromptu photoshoot, went with stylish dresses and matching heels

Actresses Alison Brie, 39, and Cyrina Fiallo, 30, looked eager to catch the opening performance of the show while looking fashionable in their floor-length dresses of choice.

Kristen Schaal, 44, was also on hand to show her support for the show decked out in a black and white ensemble that consisted of black high-water pants with a black leather jacket over a white-patterned blouse. 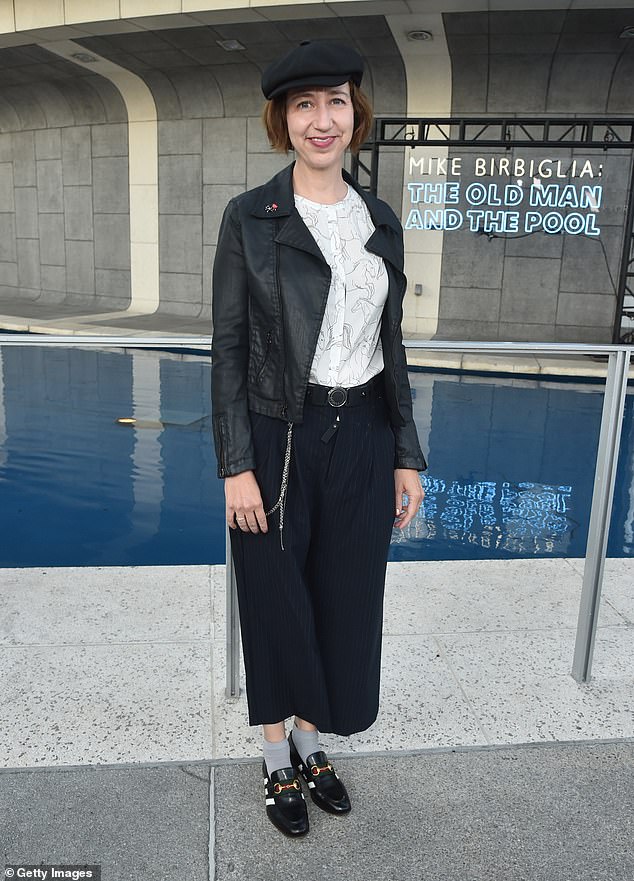 Unique: Kristen Schaal, 44, showed off her unique fashion sense in a black and white ensemble 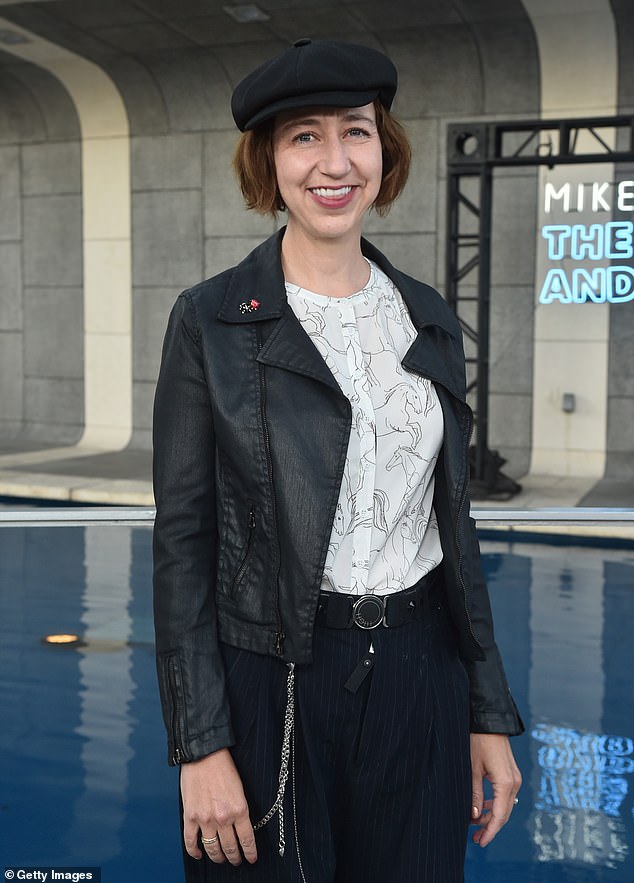 Fashionista: The Flight of the Conchords star wore baggy high-water pants with a black leather jacket over a white blouse and a cool cap

With his unique form of comedic storytelling, Birbiglia chronicles a coming-of-middle-age story that asks the big questions: 'Why are we here? What’s next? What happens when the items at the doctor’s office that you thought were decorative become functional?' according to the Center Theatre Group website.

The show runs at Mark Taper Forum at the Los Angeles Music Center in Downtown Los Angeles through August 28.

Birbiglia, 44, opened his one man show that straddled standup comedy and theater, Sleepwalk With Me (2008), during an off-Broadway run at Bleecker Street Theater in New York City back in 2008. That material was eventually adapted into a book Sleepwalk with Me, and Other Painfully True Stories (2010) and the album Sleepwalk With Me Live (2010.

The Massachusetts native would end up making his directorial debut with the film version of Sleepwalk With Me (2012), based on his one-man show which he wrote, directed, and starred in. 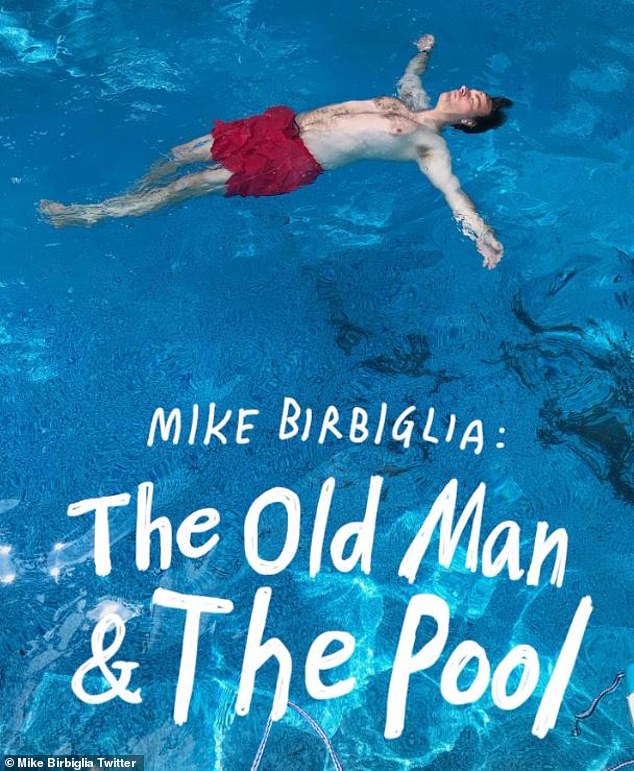 Unique humor: Mike Birbiglia: The Old Man And The Pool at Mark Taper Forum in Downtown Los Angeles runs from through August 28