Better Late Than Never: Skype for Web Now Working on Firefox Too 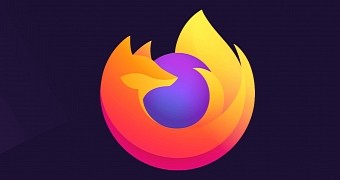 While Microsoft is betting so big on Microsoft Teams these days, it doesn’t necessarily mean that Skype is a thing of the past.

So yes, Microsoft still loves Skype too, and what’s more, the company keeps rolling out more and more updates for the application on a regular basis.

The most recent release of Skype Insider Preview brings the app to version 8.78, and it includes some pretty notable changes. Including Firefox support for Skype on the web, a feature that has until now been missing for a reason that nobody was able to decrypt.

In other words, Skype for Web was running on pretty much any browser out there unless it was Safari or Firefox, with Microsoft focusing on its own app and the army of Chromium-powered browsers currently available out there.

This latest release finally addresses the whole thing, getting Skype for Web fully ready for Firefox.

At the same time, the new Skype version comes with new Call Stage additions, as Microsoft itself explains.

The update also includes Bing background improvements, as well as video background fixes, so you can maintain the video call background from one call to another. There are also improvements for Skype on Android, but this time, the focus is mostly on the UI performance.

#Microsoft#Skype#Skype for web#Android#Firefox
hot right now
Samsung Galaxy S22 Unveiling Date Revealed: The device could see the daylight on February 8
Swiss Army Bans WhatsApp, Telegram, and Signal: Army staff told to use locally-developed messaging app
Floppy Disks Still Working Like a Charm on Windows 11: Because yes, the support for floppy disks is still there
Windows 11’s New Alt + Tab UI Looks So Much Like macOS, This Is Perfectly Fine: Microsoft launches a new Alt + Tab makeover for Windows 11
CCleaner Now Available in the Windows 11 App Store: This is the latest big name to debut on the Microsoft Store
Garmin Epix 2 Will Be the Smart Fenix Everybody Wants: Recent leak reveals new info about the Garmin Epix
Garmin Fenix 7 Specifications Leaked: The device could be announced on January 18, we’re told
Click to load comments
This enables Disqus, Inc. to process some of your data. Disqus privacy policy
news tip
feedback