You have reached the cached page for http://starrymag.com/mom-hot-butter-and-toxic-narcissism/
Below is a snapshot of the Web page as it appeared on 11/16/2020 (the last time our crawler visited it). This is the version of the page that was used for ranking your search results. The page may have changed since we last cached it. To see what might have changed (without the highlights), go to the current page.
You searched for: +Mom Hot Butter and Toxic Narcissism We have highlighted matching words that appear in the page below.
Bing is not responsible for the content of this page.
Mom – Hot Butter and Toxic Narcissism – Starry Constellation Magazine 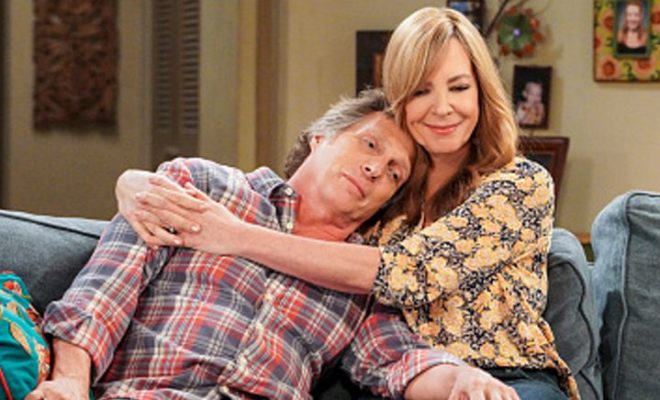 Christy (Anna Faris) calls Bonnie (Allison Janney) to tell her she had a terrible day and requires some “smoothie.” She explains that she threw a contract to proof that her boss gave her to the toilet, so she needs to chill out. Bonnie replies that she doesn’t think her day was worse than hers since she spent three hours in a row fighting with Adam (William Fichtner) – three hours that actually felt like they were six. Bonnie says that he makes her feel like a ghost and Christy comes up with the idea that maybe she is a ghost and they had never managed to fix their mother-daughter relationship as she thought. Bonnie continues to complain that she asked Adam to meet her for lunch and he agreed, but then he turned out to go to the gym instead. So, she had to spend half an hour waiting on a bench on her own. When Christy is about to park she accidentally hits a parked car and tells Bonnie that smoothies are cancelled. Christy leaves in a haste, but then returns to leave a note on the car she just hit. She drives away only to return again, take the note with her and a snap picture of the vehicle.

Later that day Adam calls Bonnie asking her whereabouts since he thought they agreed on taking Gus to the park, but the woman reminds him that she told him she would be attending her weekly meeting. So, Adam believes that she is with the girls of the AA group. Bonnie explains that she is at her therapy session with Trevor (Rainn Wilson). Right that moment Trevor walks out of his office and the woman hangs up on her husband saying that she needs to go with the therapist so he can tell her how she feels. Trevor replies that is not what he does.

At the session Bonnie confesses that the other night she got so mad at Adam that she ended up throwing a potato at him. Trevor replies with a snarky comment making Bonnie feel as though he is mad at something. The woman tries to figure it out since she believes they are friends, but the therapist makes sure that the only thing he is doing is to help her navigate through her life and there is no relationship further than that. As they continue she keeps trying to get him to tell her personal random things about him, but he manages to stand firm in his position. He also lets her know that as of the next session he will be charging her $35 per meeting. Bonnie attempts to negotiate with him, but he doesn’t let his guard down any second.

The next day Christy meets with the girls at their usual bistro and throws a hypothetical question at them about if they would leave a note if they hit a parked car. When the others make fun of her she takes out her phone and shows them a picture of the car she hit and asks them if they think she actually caused any damage. Bonnie tells her that given her earlier questions it is evident she has no idea of what damage truly is and lists all of the things she sees in the picture. Tammy (Kristen Johnston) hurries up to say that Christy could not have done it since she was with her the whole time. The blonde says that she doesn’t need an alibi, but the other woman assures her that she just might. Tammy goes on creating a story about how they were watching Dirty Dancing together and how that is Christy’s favorite movie. She comes up with the food they ordered and even the talk they had that day. Christy tells them that she left a note, but then she panicked, drove back and took it away. Bonnie says that what she did was what she calls a classic “Plunkett move” as they always tend to “almost do the right thing.” Christy says that she feels awful and has been having nightmares because of that. She explains that she dreamed she backed into the car and it exploded, but then it turned out George Clooney was inside and they ended up making out and she felt terrible because she respects his wife very much. Marjorie (Mimi Kennedy) tells her that she needs to make amends to those people and the blonde says there is no way for her to do it since she has no way to track them down. She thinks maybe all she needs is to move on with her life, but Jill (Jaime Pressly) quickly lets her know that in the picture she took the license plate can be seen so what she can do is to ask her boyfriend Andy (Will Sasso) to abuse his access, run the numbers and get her an address. That way Christy has no choice but to accept her help. Marjorie suggests asking for the check, but then Bonnie asks them if they feel as though she and Adam fight too much. The other girls reply they feel like they do. Bonnie is only open to hear comments about the girls that have been married, so she doesn’t want Wendy (Beth Hall) to comment. Everyone gets surprised when the confirms that she has been married and explains how at twenty-two years old she met a guy that promised to give her three thousand dollars if she married him for the green card. So, she did but the next morning she found out that he was broke and from Iowa.

Christy finally gathers the courage to pay a visit to George Huang (Keone Young) and introduces herself as the person that hit her car. The man calls his wife Betty (Karen Huie) saying that the criminal that hit their car is at their door. When the woman comes out, they start to speak in Mandarin while pointing at Christy, making her confused about what they were saying about her.

The next day Bonnie meets with Trevor again and explains that she and Adam keep fighting so she has come up to the conclusion that maybe she is too broken to be in a relationship with someone. Trevor remains silent, but then he suggests some tools she can use to communicate better with him and tells her that when things get heated between them she can look for some physical contact and some gentle touches. Bonnie says that those kind of gestures often lead them to sex, but Trevor lets her know that sex is no resolution for conflict. He also lets her know that he has noticed that she has some control issues so counting to two might help her to calm down so she could provide more constructive comments. She mocks of him and they run out time. However, before Bonnie leaves she does as they had agreed and intends to pay him, but it seems she hasn’t enough cash with her.

Bonnie is cooking dinner for her and Adam. He arrives at home and when he enters the kitchen Bonnie gets mad to see that he is eating some fried chicken when she explicitly told him that she would make dinner for them. When trying to communicate with him and in order to keep herself in control, she starts to count to two and then places her hand over his head and explains that she is just doing what Trevor suggested. Unfortunately, they start to fight again and she ends up pulling some of his hair.

The girls meet at the bistro and Christy is surprised about the t-shirt that Tammy is wearing so she asks her if she watched Flash Dance. Tammy says that she did not just watch it but also spent two hours cutting all of the necks of her and Marjorie’s sweatshirts until the other woman found out and took the scissors away from her. Jill believes that Tammy never saw all of those movie classics because she was poor, but she says that she never did because she was way too drunk and missed all of them. Christy says that because of the same she spent four years thinking that David Spade and Ellen DeGeneres were the same person. Suddenly, she gets a text from Mr. Huang’s son asking her to go for a coffee and Jill, Marjorie and Wendy encourage her to do it since they think that it might be a reward from the universe for doing the right thing after all. Tammy thinks otherwise as she says that he might be a serial killer. Bonnie tells her to take the chance and do it. Christy agrees to the coffee date. Christy arrives at the coffee place and while she is trying to park she hits her date’s car and decides to escape saying that she’ll be alone forever.

Bonnie arrives to her appointment with Trevor, but as soon as she enters the building she hears screams coming from the therapist’s room. He is arguing with his wife Sandra (Emily Kosloski). The woman yells that she is leaving since she is tired of his toxic narcissism while Trevor complains that no matter what he does it is never enough for her. Bonnie tries to run since she is getting more uncomfortable by the minute, but when trying to do it Trevor comes out of the room wearing his pajamas and looking irritated. He is now embarrassed. When they are alone she tries to get him to talk to her, but he shows some reticence to do it. As the session goes on Bonnie finally manages to get him to open up to her saying that he had created a great life for his wife, but nothing seems enough. Bonnie then questions him if he has ever wondered that maybe what she needs has nothing to do with him. She has given him something to think about and also tells him that she will charge him for it.

Bonnie returns home and tries to talk to Adam. At first he doesn’t seem to trust her and lies about how he really feels, but then she manages to get him to talk to her. He confesses that lately he’s been thinking a lot about death and how concerned he is now that he has someone he cares for. Bonnie tries to calm him down saying that she knows how to take care of herself and he has nothing to worry about. Christy shows up at Mr. Huang’s house again, gives him a check and runs away. Jill hosts a movie screening at her home for the girls that they happily enjoy. 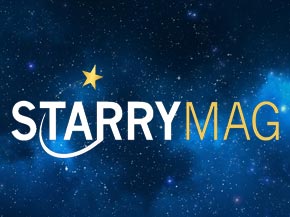