You have reached the cached page for https://bctr.cornell.edu/about-us/urie-bronfenbrenner
Below is a snapshot of the Web page as it appeared on 3/5/2021 (the last time our crawler visited it). This is the version of the page that was used for ranking your search results. The page may have changed since we last cached it. To see what might have changed (without the highlights), go to the current page.
You searched for: +Michael Urie We have highlighted matching words that appear in the page below.
Bing is not responsible for the content of this page.
Urie Bronfenbrenner - Bronfenbrenner Center for Translational Research

The BCTR is named in honor of Urie Bronfenbrenner, a renowned developmental psychologist who taught at Cornell for over fifty years. 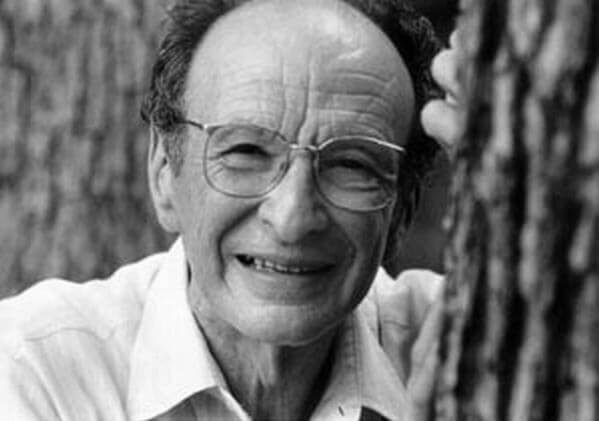 His 1964 congressional testimony and subsequent work helped to establish the federal Head Start program. Head Start translated Urie’s and other developmental psychologists’ research demonstrating the value of interventions that enrich early childhood into programming that has now benefited generations of low-income children. Urie was also a master teacher. His introductory course on child development enrolled hundreds of students from all majors and influenced generations of students. His graduate students are now leaders in the field.

Born in Moscow, Russia in 1917, Urie Bronfenbrenner came to the United States at the age of 6. His father worked as a neuropathologist with developmentally disabled people at Letchworth Village in Rockland County, where Urie witnessed his father’s concern about the impact of depleted social contexts. After graduating from high school in Haverstraw, NY, Urie received a bachelor’s degree from Cornell University in 1938, where he completed a double major in psychology and in music. 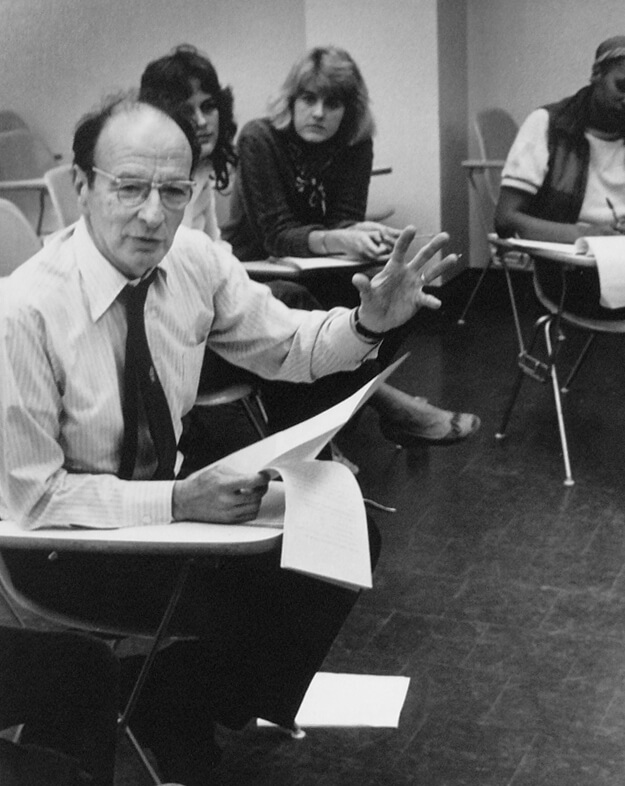 He then completed a masters degree in education from Harvard (1940) followed by a doctorate from the University of Michigan in developmental psychology (1942). The day after receiving his doctorate he was inducted into the Army, where he served as a psychologist in a variety of assignments in the Air Corps, the Office of Strategic Services and the Army Medical Corps. Following demobilization and a two-year stint as an assistant professor of psychology at the University of Michigan, he joined the Cornell faculty in 1948.

Urie’s Ecological Systems Theory proposed that human development unfolds in a nested set of systems, involving cultural, social, economic and political elements, not merely psychological ones. These systems and their interactions can nurture or stifle optimal development. Policies and programs can play a major role in shaping these systems – thus potentially promoting human health and well-being. This perspective transformed the study of human development. Among other influences, it encouraged more developmental scientists to examine both naturally-occurring and deliberately-designed experiments in the real world to illuminate the influences of contexts on human development, and particularly on child development.

In 1969, Cornell’s College of Home Economics underwent a major transition in focus based in part on Urie’s work and was renamed the College of Human Ecology in recognition of his key theoretical contributions. 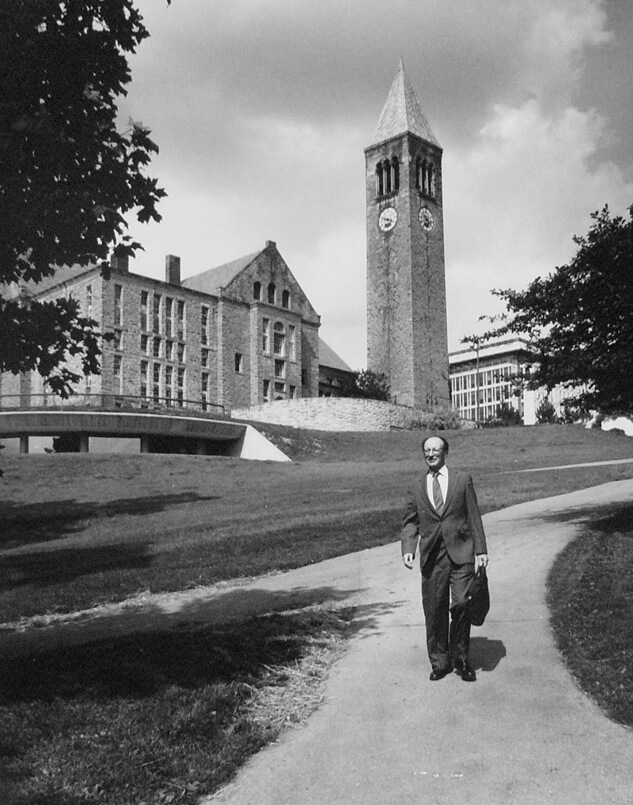 Urie was committed to the comparative study of child rearing practices in different parts of the world, co-authoring Two Worlds of Childhood: U.S. and U.S.S.R. (1970) with John C. Condry Jr. Urie published a major theoretical work, The Ecology of Human Development, in 1979. His later work included a collection of his writing, Making Human Beings Human (2005).

Urie, then the Jacob Gould Schurman professor emeritus of human development and of psychology, died in Ithaca, NY, on September 25, 2005. He had shared a marriage with Liese Price Bronfenbrenner for 63 years. They had six children (Michael, Steven, Beth, Mary, Kate, and Ann) and many grand- and great-grandchildren.

Many of Urie’s videotapes, audiotapes, photos, working papers, documents related to offering congressional testimony, letters and other writings are archived in Cornell’s Kroch Library, available to students and scholars studying his life and thought.

View our inaugural video for personal stories and a clip of Urie Bronfenbrenner. Additionally, the video of the BCTR Inaugural Dinner includes an informal panel conversation with former students of Urie’s in which they reminisce about him.

In 2014 the BCTR presented a panel, The Legacy of Urie Bronfenbrenner, featuring College of Human Ecology faculty discussing Urie’s continuing impact on research and policy and on their own work.

Video from the panel:

Follow our social media for the latest translational research news and BCTR events!