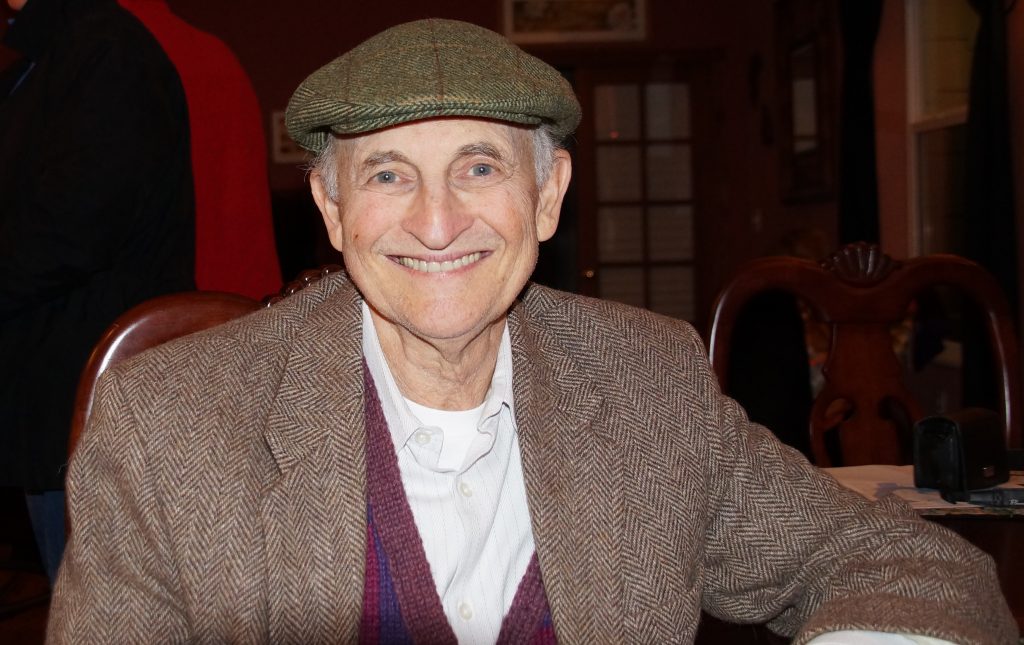 My dear friend Janis Gillham Grady let me know that our mutual friend, Jim Dincalci, passed away this evening. I am publishing Janis’ eulogy, but also wanted to add a few comments of my own.

I became friends with Jim when we were both assigned to a short unit from the Apollo on the island of Madeira in 1974. We were the only two males out of the 7 members of the unit, so we shared an apartment. We also spent most of our work days together as the women were all off doing surveys of tourists as part of a plan Hubbard had to ingratiate ourselves to the Portuguese government.  We became close and I came to know Jim as one of the kindest, gentlest people I have ever had the pleasure of calling a friend. He was truly a remarkable, soft-spoken man who never seemed to have an unkind word or thought for anyone. I saw Jim again a few years ago and we shared some laughs about old times and he sent me some photos he had taken of me back in Madeira, the only photos I have from those years. It was a real delight to see him again.

Jim was a gentleman. I know a lot of others feel the same as I do — I will miss him.

Here is what Janis wrote:

Please join me in wishing Jim Dincalci, AKA Jim Din a farewell and safe travels as he transitions from this life to a new world beyond. He passed away today at 4:12 pm (Eastern time) November 9th 2021.

Jim has remained a good friend since the day we first met – back in the days of about 1970.

Jim having a little medical training became the Medical Officer on the ship (Apollo) we both lived on, during those years on the ship Jim was also the Medical Officer and later traveling companion for L. Ron Hubbard, the Founder of Scientology. Jim was one of two people who traveled from Lisbon Portugal to New York with Hubbard, where they lived for 9 months. He again was called to Washington DC to work with Hubbard and accompanied him to several locations in California.

Jim eventually left Scientology and studied and became a certified Phycologist and later traveled the world studying various religions and their practices for healing. From those studies and his experience traveling the world lecturing on forgiveness, he founded the Forgiveness Foundation International, 28 years ago and wrote 3 books on the subject. His first book; How to Forgive When You Can’t: is published in 9 languages

Despite the many years Jim and I and even other mutual friends, wouldn’t see each other, when we did, it was like no time had been lost – it was always a pleasure each time we visited each other – he was always there as a gentle and calming influence and would offer words of wisdom when the time was right!

“The more I do this forgiveness work, the more I continue to be astounded at the power of forgiveness to heal all avenues of life – physical, emotional, mental and spiritual. When people forgive, their lives become richer, healthier, happier and certainly filled with more love and peace.” – Dr. Jim

Jim has helped numerous people throughout his life and is warmly loved by many. He will be missed by many. Our love goes with you wherever you may go.

The official biology of Jim is below:

In 1993, Dr. Jim Dincalci had a deep personal forgiveness transformation which pulled him out of Complex Post Traumatic Stress Disorder he had for over 16 years. Since then, as a Child & Family Therapist, university instructor and founder of the Forgiveness Foundation International, he has been developing methods to help people forgive and has taught these from coast to coast in the USA and internationally in universities, schools, hospitals, businesses, agencies, conferences, public seminars and churches.

He frequently speaks and teaches on dealing with betrayal, self-forgiveness, conflict resolution, stress reduction, with forgiveness, which are all integrated into his workshops and books. His MA is in Counseling Psychology 1986 and Doctorates are in Religious Studies and Divinity 2006.

His book, How to Forgive When You Can’t: The Breakthrough Guide to Free Your Heart and Mind, is published in 9 languages. It is the winner of the Living Now Book Award in Personal Growth; winner of the Global eBook Awards in psychology/Mental Health; a finalist in the Indie Book Awards – Self-Help; and finalist in the esteemed Foreword Review Magazine Book of the Year Award in Self-Help. It integrates research in Forgiveness Therapy, Cognitive Behavioral Therapy, Neuroscience, and his 50 years of studying world religions and their time-proven practices, including cross-cultural healing ways, i.e. prayers and meditations, and inspirational viewpoints, which all aid in forgiving.

These methods helped him in his own forgiveness transformation in 1993. That transformation and his forgiveness work with others has encouraged him to become a very strong advocate for the development of an effective forgiveness therapy and training. His books and organization are the result of that work. He is the founder and CEO of The Forgiveness Foundation, a 501(c)(3) nonprofit charity, since 2002, whose objective is: Increasing good-will, kindness, and peace all over the world.

From the 1960’s to the early 90, he worked in traditional and alternative health, and pastoral counseling. He trained intensively with anthropologists in cross-cultural healing for over ten years. From 1984 to 1991, he taught graduate and undergraduate courses in cross-cultural healing & spiritual perspectives at John F. Kennedy University, Institute of Transpersonal Psychology, and California Institute of Integral Studies, all in the San Francisco Bay Area.

His professional counseling experience besides his private practice include being a Clinical Therapist with the Hawaii Department Education, three years of facilitating domestic violence and anger control groups for court-ordered men and for teens in prison, and running regular group counseling at a local drug and alcohol recovery center. He is trained as a police, fire, and emergency medical chaplain, and worked as a volunteer Law Enforcement Chaplain in Sonoma County, California.

In 2017, he presented at The World Peace Conference in Ann Arbor, MI. His professional conference presentations include: the Assoc. of Transpersonal Psychology in 1986-89, the Campaign for Forgiveness Research 2003, Florida Hospice & Palliative Care Assoc. 2017, FL Council on Crime & Delinquency-Criminal Justice 2016, and Keynote speaker twice at the Wholistic Women’s Empowerment Experience in Durham, NC 2010 & 11.

Internationally, he has given seminars and workshops at Cayetano Herrera University Medical School in Lima, Peru, The Stress and Anxiety Research Society 37th Annual Conference 2016 in Zagreb, Croatia, and the International Congress of Psychology 2016 in Yokohama, Japan.

In California, he was an Assistant Professor in the Mediation and Conflict Resolution Program at Sonoma State University for several years. He taught semester courses John F Kennedy Univ. along with several other colleges and universities and then at Duke University – Durham, NC, and in Tallahassee – Florida State University and Florida A&M University.

His counseling experience besides his private practice include being a Clinical Therapist with the Hawaii Department Education. He has three years of experience as a facilitator in domestic violence and anger control groups for court-ordered men and for teens in prison; has run regular group counseling at a local drug and alcohol recovery center. He is trained as a police, fire, and emergency medical chaplain, and worked as a volunteer Law Enforcement Chaplain in Sonoma County, California.

He is an officer in his Rotary Club and a member of the Executive Committee of Big Bend Coalition Against Human Trafficking, a Tallahassee regional organization. His hobbies are photography, travel, and woodwork; and was a meditation instructor for 8 years. 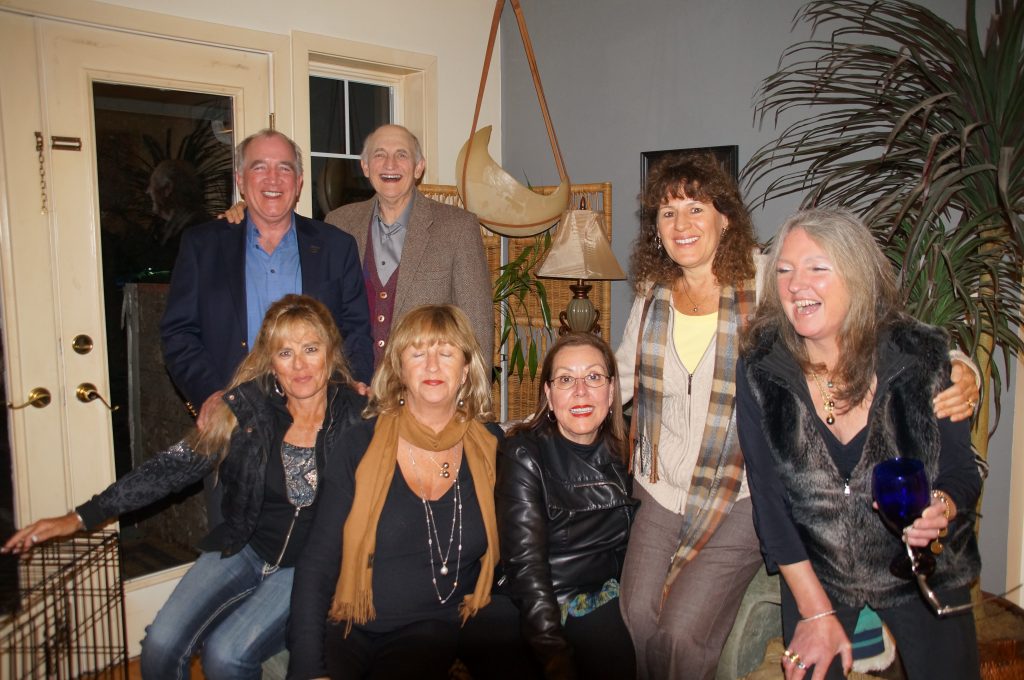 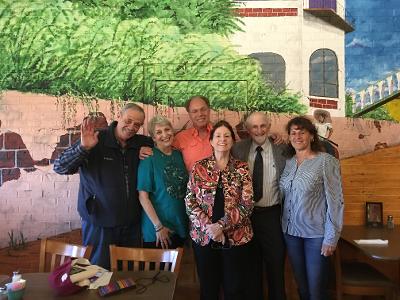 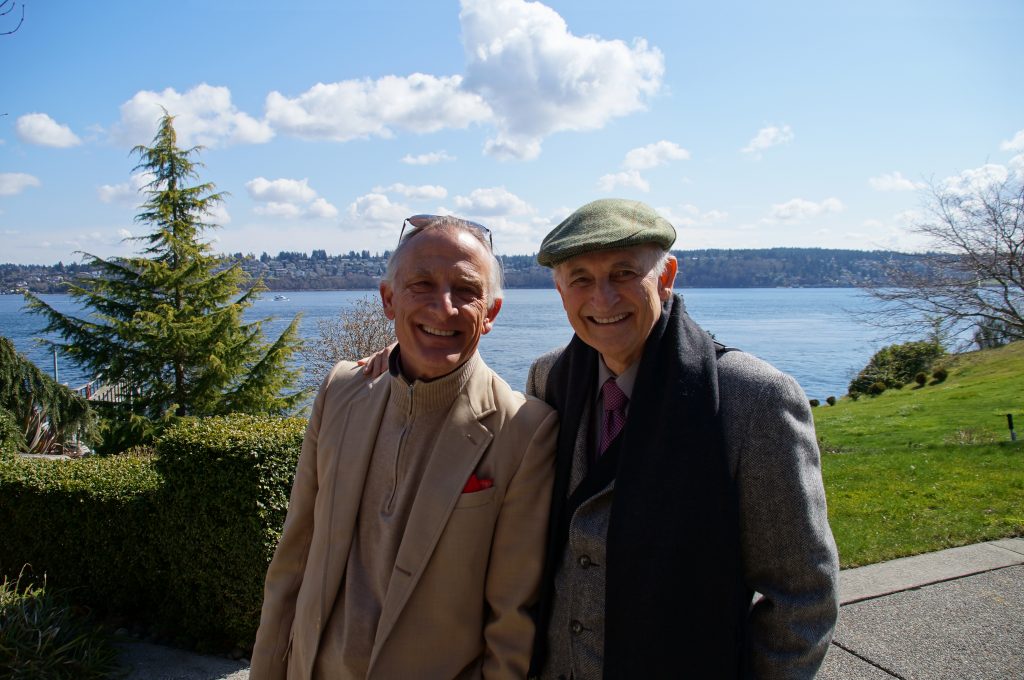