Plastic surgery addict Mary Magdalene made headlines in June after she was thrown off an American Airlines flight for 'appearing intoxicated' on board.

And this week, the social media star returned to American Airlines for the first time since the incident to catch a flight from Canada to Los Angeles.

Before catching her flight, the 30-year-old was spotted sitting alone at the airport bar. 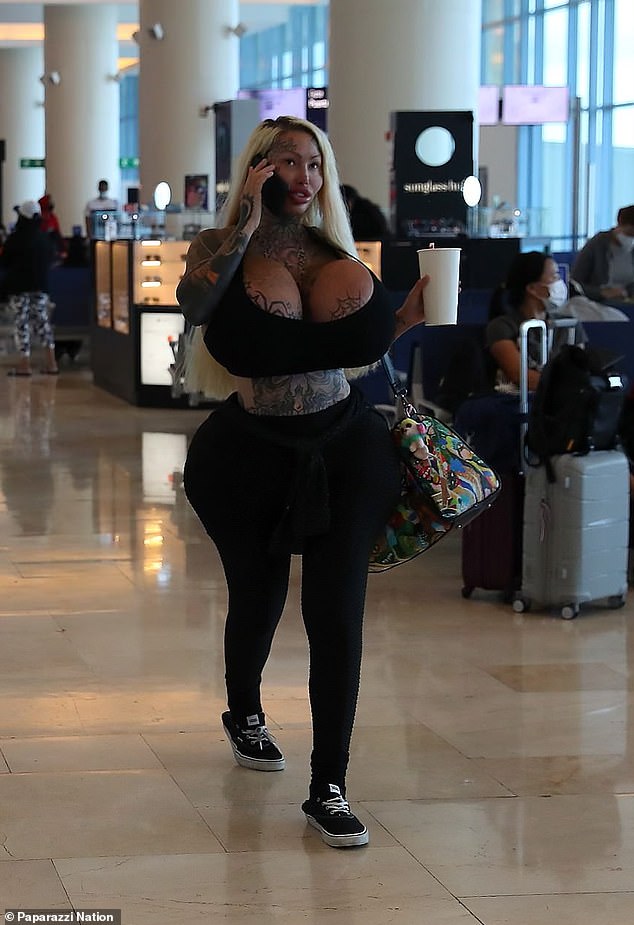 Social media star Mary Magdalene returned to American Airlines this week, two months after being thrown off one of their flights because she 'appeared intoxicated'

She later indulged in some duty-free shopping, browsing some colourful printed tops and accessorised for heading back to the terminal.

Mary was hard to miss in the airport, donning a busty sports bra that could barely contain her enormous cleavage.

The bra was similar to the one she wore when she was kicked off her American Airlines flight in early June.

At the time, she claimed that the reason behind the booting was because she looked 'too explicit' in the revealing top. Before catching her flight, the 30-year-old was spotted sitting alone at the airport bar

But sources close to American Airlines told TMZ at the time that Mary 'appeared to be intoxicated' and 'was sitting in several different seats before takeoff', which caused her to be removed.

TMZ also obtained footage of Mary leaving an airport restroom before her flight with a large orange drink in her hand, but it's unclear if the beverage contained alcohol or not.

The Canadian model, who was in Los Angeles to celebrate her birthday at the time, responded to the TMZ report in a series of videos and posts. 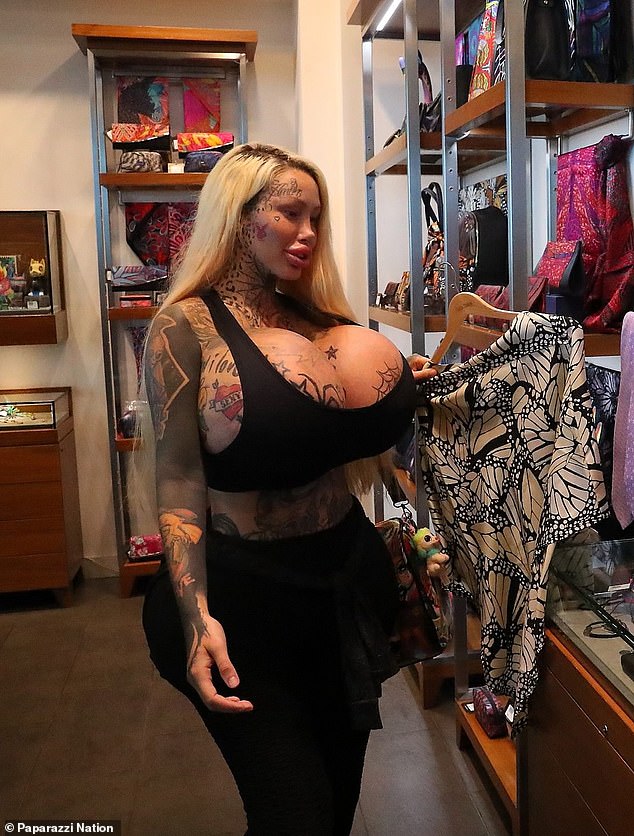 She later indulged in some duty-free shopping, browsing some colourful printed tops and accessorised for heading back to the terminal 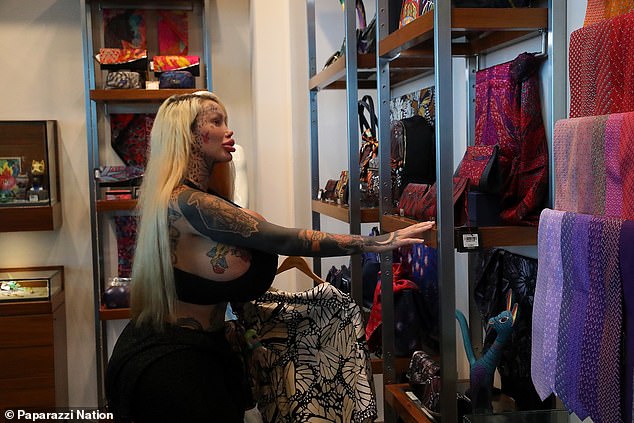 'Why wouldn't I be drunk now, it's my birthday weekend, girl bye,' she wrote.

'Why would the airline say, "oh yeah, I kicked her off for discrimination." That's illegal. The f**k. So I don't care what they say,' Mary told fans in a video.

'I woke up to the lady poking me, asking, "Oh, can we talk to you?" And then they walked me off the plane and I didn't think anything of it. 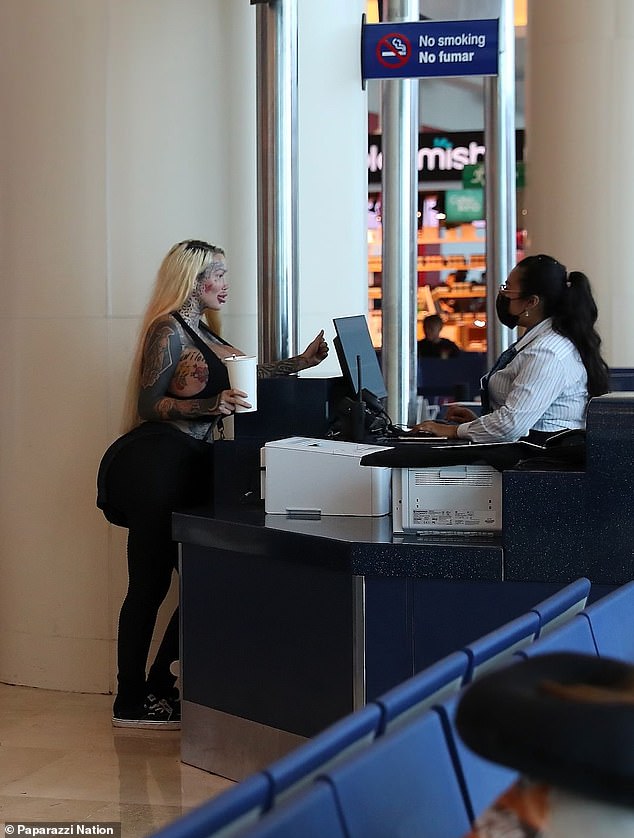 Mary was hard to miss in the airport, donning a busty sports bra that could barely contain her enormous cleavage 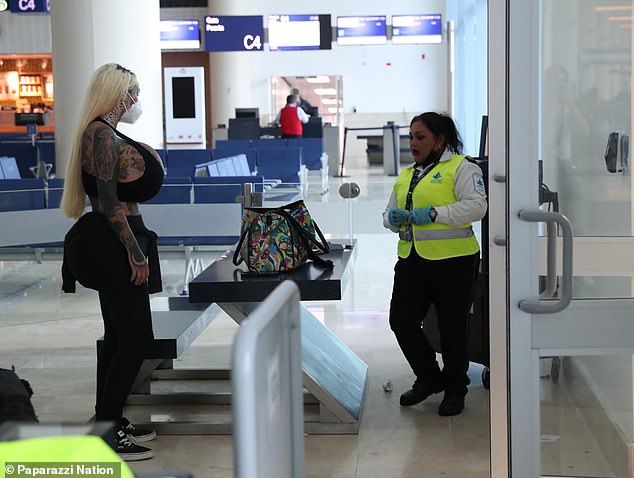 Mary then demanded that the airline 'show the cameras on the plane' so that people can see what really happened on board.

In another post, Mary said: 'I may look fake but one thing about me I'm real as f**k. I have no reason to lie!! If I was being a mess I deserved to get kicked out. But I was literally just minding my own business.'

'I was kicked off the flight for how I look,' she raged to her thousands of followers.

'Please stop discrimination, please this is disgusting. I feel so embarrassed and dehumanised right now, you guys have no idea.' 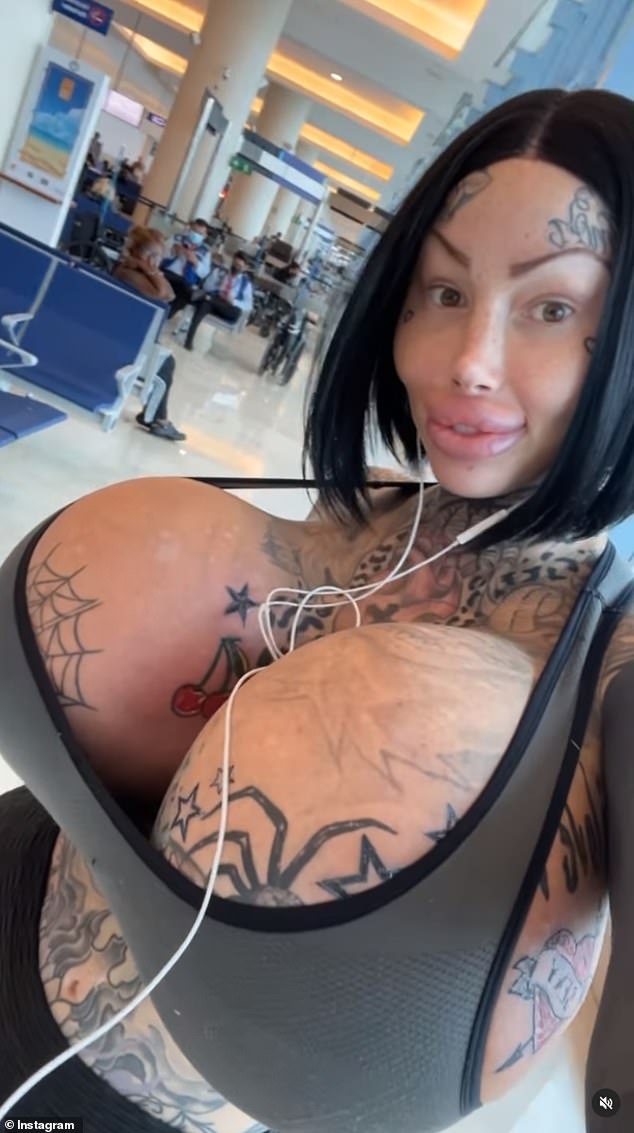 She then shared a selfie that she took on-board the flight, which showed wearing wired headphones and a low-cut sports bra that could barely contain her extreme cleavage.

'Obviously this is why she kicked me off, cos I look too explicit but that's not legal so she had to say it's because I was sleeping and wouldn't hear her,' she captioned it.

Mary shot to fame after undergoing an operation to get the world's 'fattest vagina'. 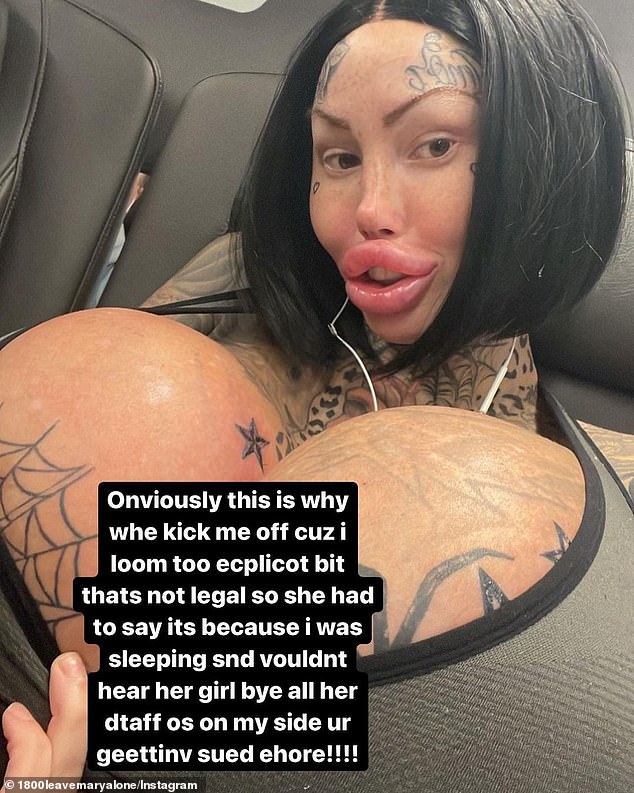 Shortly after being thrown off the flight, Mary posted this image and caption, which was filled with typos

Her breast implants are currently over 5000cc, giving them a combined weight of more than 10kg.

Mary's already undergone three separate Brazilian butt lift procedures in addition to butt implants, and as a result was turned down by doctors for further work on her behind, causing her to get 'under the table' silicone injections. 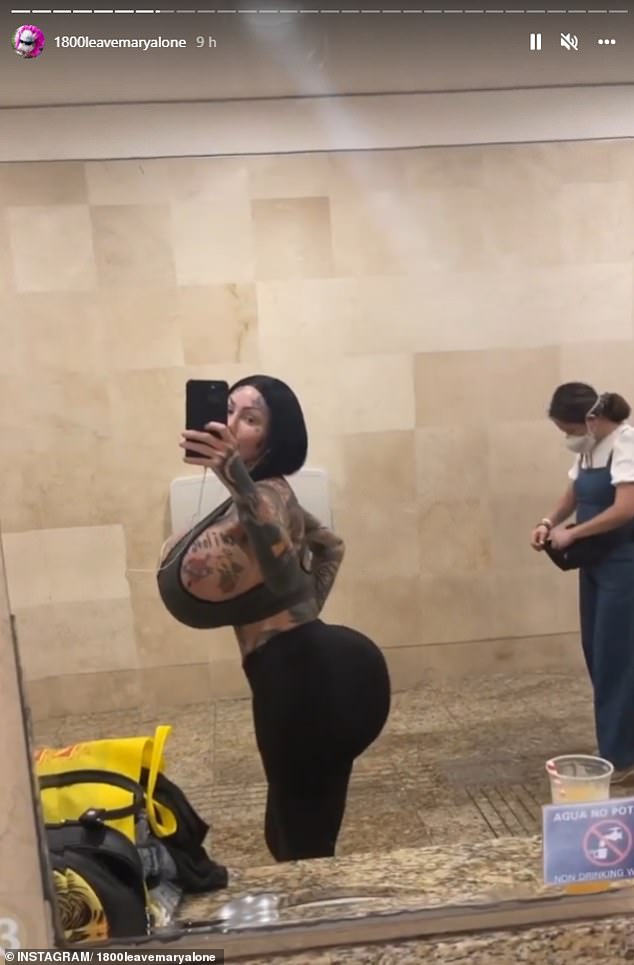