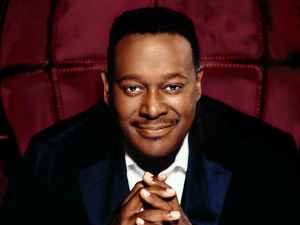 Real Name:
Luther Ronzoni Vandross Jr.
Profile:
Luther Vandross was born on the Lower East Side of New York on April 20, 1951. His first big break came in 1975, when he performed as a backing singer on David Bowie's Young Americans album, and received a co-writer credit after his song "Funky Music" was adapted by Bowie to become "Fascination". He was also a backing singer for Bette Midler, Donna Summer and Carly Simon. He was lead singer of the group Change, which had hits such as "A Lover's Holiday", "Searching" and "The Glow Of Love". In the late 1970s he was part of a singing quintet consisting former Shades of Jade members Anthony Hinton and Diane Sumler, Theresa V. Reed, and Christine Wiltshire, also called Luther.

August 3, 2013
So true , at the time I bought the album I was in the military. I was a disco-kid like most of that era. This was a great album.

The albums Luther and This Close to You were actually released by the group Luther, not the solo artist Luther Vandross.

EDIT: I noticed you'd already been notified about this. And I'm sorry for not recognizing the reply button.