You have reached the cached page for https://www.rottentomatoes.com/celebrity/linda_cardellini
Below is a snapshot of the Web page as it appeared on 10/27/2020 (the last time our crawler visited it). This is the version of the page that was used for ranking your search results. The page may have changed since we last cached it. To see what might have changed (without the highlights), go to the current page.
You searched for: +Linda Cardellini We have highlighted matching words that appear in the page below.
Bing is not responsible for the content of this page.
Linda Cardellini - Rotten Tomatoes 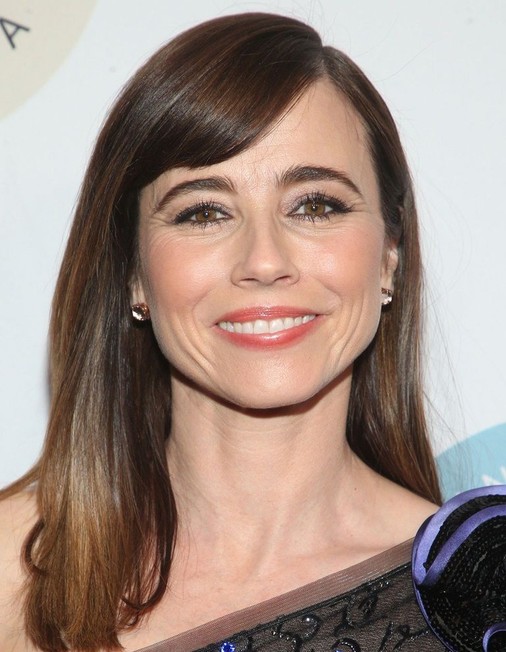 After gaining fame as "mathlete" turned rebel on the critical and cult favorite television series "Freaks and Geeks" (NBC, 1999-2000), actress Linda Cardellini moved successfully into more mature and dramatic roles, playing soulful and independent women on "ER" (NBC, 1994-2009), "Avengers: Age of Ultron" (2015) and "Mad Men" (AMC, 2007-2015) and in features like "Brokeback Mountain" (2005) and "Green Book" (2018). Born Linda Edna Cardellini on June 25, 1975 in Redwood City, California, she was the youngest of four children by businessman Wayne Cardellini and his wife, Lorraine. She gained her first exposure to performing at the age of 10 when she was given a singing role in a school play, and was soon a regular in school and community theater productions. After graduating from St. Francis High School in Mountain View, California in 1993, Cardellini moved to Los Angeles, where she landed her first television role as a series regular on ABC's "Bone Chillers" (1996), a children's series about supernatural goings-on at a high school. Guest roles on primetime series like "Third Rock from the Sun" (NBC, 1996-2001) and occasional appearances in features like "Good Burger" (1997) led to recurring turns on "Guys Like Us" (UPN, 1998-1999) and "Boy Meets World" (ABC, 1993-2000) as a ski instructor who came between Ben Savage and Danielle Fishel's Topanga. But her true breakout came as Lindsay Weir, a suburban teenager whose soul-searching brings her in contact with a group of school outcasts in Judd Apatow's Emmy-winning "Freaks and Geeks." Though a consistent underdog in the ratings, the critical acclaim afforded to "Freaks" propelled its talented young cast, which included Seth Rogen, James Franco and Jason Segel, to greater fame; for Cardellini, that translated into a successful run as a character player in features, including back-to-back appearances as brainy Velma Dinkley in a live-action take on the Hanna-Barbera cartoon "Scooby-Doo" (2002) and "Scooby-Doo: Monsters Unleashed" (2004). She also joined fellow former teen favorites Heath Ledger, Jake Gyllenhaal, Michelle Williams and Anne Hathaway in Ang Lee's Oscar-winning "Brokeback Mountain," for which she played a waitress who indulges in a brief fling with Ledger. Between these efforts, Cardellini also began a six-year run on "ER" as no-nonsense nurse and single mother Samantha Taggart, whose story arcs included a romance with doctors Goran Visnjic and John Stamos, a kidnapping (and her murder of the kidnapper) and the death of her estranged mother. When "ER" ran its course in 2009, Cardellini worked steadily in independent features, including a critically praised turn as a veteran in "Return" (2011), but could be heard more frequently than seen thanks to a string of voice-over roles for animated projects like Mike Judge's "The Goode Family" (ABC, 2009), "Gravity Falls" (Disney Television, 2012-2016), Cartoon Network's "Regular Show" (2010-17) and "Scooby-Doo: Mystery Incorporated" (Cartoon Network, 2010-13). But after several years of peripheral work, viewers earned a potent reminder of Cardellini's acting talent on "Mad Men," for which she played a lovelorn Catholic housewife who enters into a torrid relationship with Don Draper (Jon Hamm). For her performance, Cardellini received an Emmy nomination for Outstanding Guest Actress in a Drama Series; the critical acclaim also led to more high-profile acting projects, including series regular work as an attorney caught up in family skullduggery on "Bloodlines" (Netflix, 2015-17) and a supporting turn as Laura Barton the wife of arrow-toting superhero Hawkeye (Jeremy Renner) in "Avengers: Age of Ultron." Cardellini also showed her comic chops as Will Ferrell's wife in "Daddy's Home" (2015) and its 2017 sequel, and held her own opposite Michael Keaton in "The Founder" (2016) and Viggo Mortensen and Mahershala Ali in the Oscar-winning "Green Book." The following year proved to be one of Cardellini's busiest to date, with a starring role in the James Wan-produced supernatural thriller "The Curse of La Llorona" (2019), a reprise of Laura Barton in "Avengers: Endgame" (2019) and a starring role opposite Christina Applegate in the Netflix dark comedy "Dead to Me" (2019).

Chutney says: I got up. Got a latte. Went to the gym. Got a perm and came home.

Elle Woods says: Where you got in the shower?

Marina R. Bickford says: I believe the witness has made it clear that she was in the shower. [Courtroom audience laughs]

Elle Woods says: [a sudden brainstorm comes over Elle] Ms. Windham, had you ever gotten a perm before?

Chutney says: Two a year since I was 12. You do the math.

Elle Woods says: You know, a girl in my sorority, Tracy Marcinco got a perm once. We all tried to talk her out of it. Curls weren't a good look for her. She didn't have your bone structure, but thankfully that same day she entered the Pheta Delta Phi wet t-shirt contest where she was completely hosed to down from head to toe...

DA Joyce Rafferty says: Objection, why is this relevant?

Elle Woods says: I have a point, I promise.

Elle Woods says: Chutney, why is it Tracy Marcinco's curls were ruined when she got hosed down?

Chutney says: Because they got wet.

Elle Woods says: Exactly. Because isn't the first cardinal rule of perm maintenance that you're forbidden to wet your hair for at least 24 hours after getting a perm at the risk of deactivating the immonium thygocolate?

Elle Woods says: And wouldn't somebody who had, say, 30 perms before in their life be well aware of this rule, and if in fact you weren't washing your hair as I suspect you weren't because your curls are still intact, wouldn't you have heard the gunshot, and if in fact you had heard the gunshot Brooke Windham wouldn't have had time to hide the gun before you got downstairs. Which means you would have had to found Brooke Windham with a gun in her hand to make your story plausible, isn't that right?

Chutney says: She's my age! Did she tell you that? How would you feel if your father married someone who was your age?

Elle Woods says: You, however, Chutney had time to hide the gun after you shot your father.

Chutney says: [Chutney is in tears] I didn't mean to shoot him! [points at Brooke] I thought it was YOU walking through the door! [Courtroom audience gasps]

Marina R. Bickford says: Balliff, take the witness into custody, where she will be charged for the murder of Joseph Windham. Case dismissed. Mrs. Windham, you're free to go.

Velma Dinkley says: We discovered the mastermind is Scrappy, who sadly was taken by evil.

Scrappy Rex says: (being taken to back of police truck) "so I got a little cranky!"

Scrappy Rex says: [being taken to back of police truck] So I got a little cranky!

Shaggy says: Jeez, Scrappy, no need to freak out and try killing all of humanity

Shaggy says: Jeez, Scrappy, no need to freak out and try killing all of humanity.

Scrappy Rex says: (in truck) "I would of gotten away with it! If it won't for you misable son's of a- (door closes)

Scrappy Rex says: [in truck] I would of gotten away with it! If it won't for you misable son's of a... [door closes]

Fred Jones says: (in daphne's body) Hey! I can look at myself naked!

Fred Jones says: [in Daphne's body] Hey! I can look at myself naked!

Velma Dinkley says: All you care about are swimsuit models.

Fred Jones says: Hey, I am a man of substance. Dorky chicks like you turn me on, too.