Lost alum Jorge Garcia, 47, is seen in public for the first time in over TWO YEARS... having put weight back ON after shedding 100lbs due to health concerns

Lost star Jorge Garcia has been pictured out in public for the first time in over two years, and appears to have put weight back on after having once reportedly lost almost 100lbs due to health concerns.

As well as his acting work, the thespian has hit headlines throughout his career over his yo-yo dieting, once admitting that he had been encouraged to try and lose weight for health reasons. 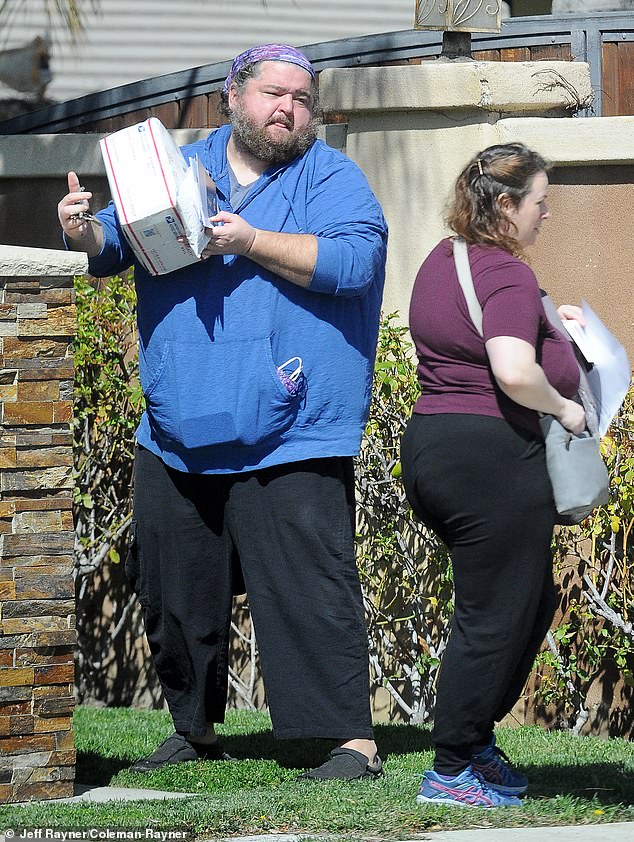 Weight loss journey:  Lost alum Jorge Garcia, 47, is seen in public for the first time in over TWO YEARS... having put weight back ON after shedding 30lbs due to health concerns

Garcia reportedly lost almost 100lbs (45kg) off his 400lb (181kg) frame at one stage over his career, thanks to a strict diet and workout plan.

There were further reports that Garcia lost his weight by following the Nooch diet, which is powered by deactivated yeast, and eating lots of spinach, vegetables, and protein.

In a March 2006 issue of Maxim, Garcia divulged that he had lost 30 pounds, after sparking health concerns due to his size.

'I can afford to not live on rum and burritos and take better care of myself,' Garcia told the magazine. 'Besides, there were enough people who were waiting for my character to lose weight as a result of being stranded on a desert island.' 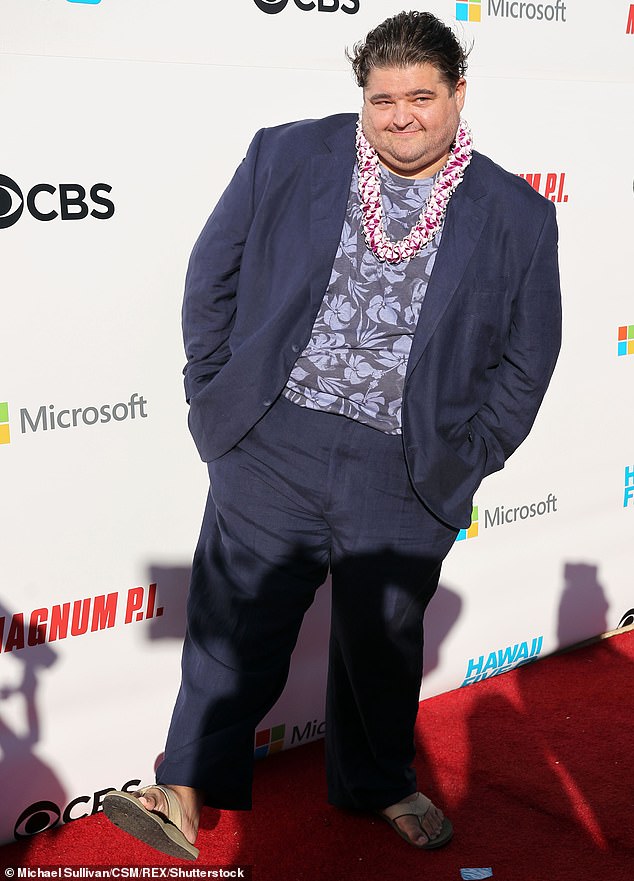 Looking trimmer: Garcia appeared to be slimmer when filming at the premiere for the show Hawaii Five-0 in 2018, after it was reported that he lost 100lbs off of his 400lb frame

Garcia has not been seen much publicly since the leaving the show Hawaii Five-0 back in 2019, where he appeared to be noticeable slimmer.

The last time the actor made a red carpet appearance was  celebrating the 50th anniversary of the series and the premiere of Magnum P.I. at Queen's Surf Beach on September 16, 2018 in Waikiki, Hawaii.

Meanwhile in January 2014, the National Enquirer reported that had been tipping the scales at 400 lbs and exposing himself to such weight-related health problems such as Diabetes 2 and heart disease which could ultimately cause a heart attack.

The publication quoted a source close to the actor saying that his loved ones were 'terrified' that Jorge die unless he loses weight fast. 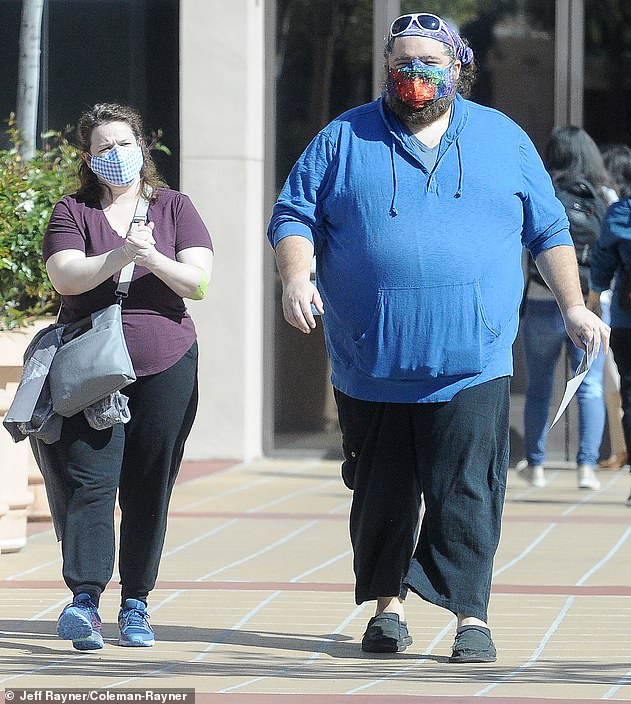 Support system: He was not alone on the rare outing as he was joined by his actress wife Rebecca Birdsall 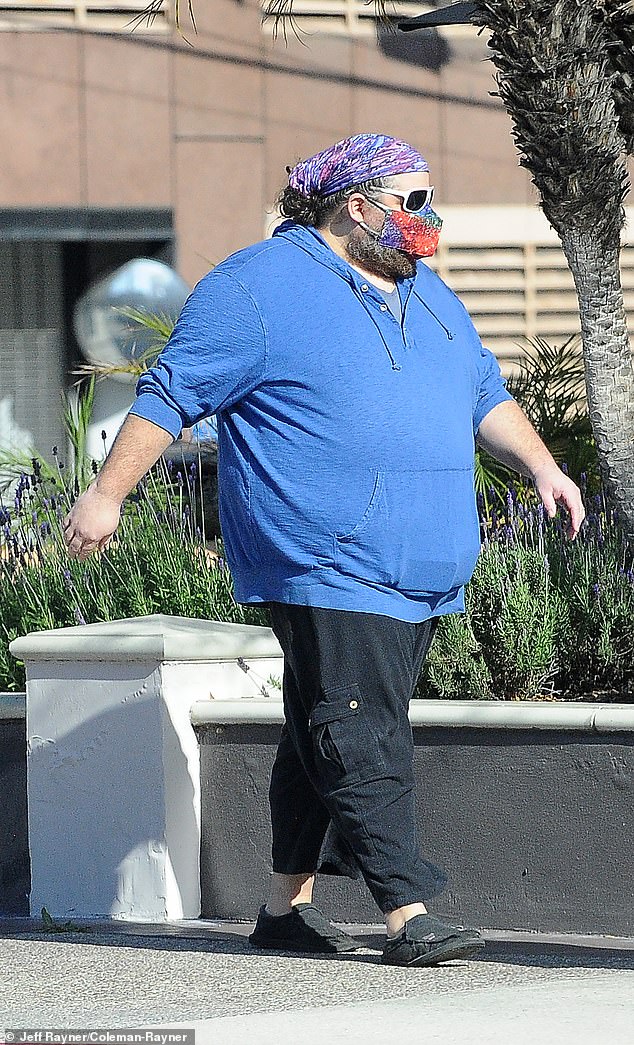 Reclusive: Garcia has not been seen much publicly since the leaving the show Hawaii Five-0 back in 2019

'We're talking Type 2 diabetes or, worse, a heart attack,' a friend told The National Enquirer at the time, adding: 'No one wants to see that happen to him.

'Jorge is one of the nicest, gentlest souls you'd ever meet, but he just can't keep the pounds off.'

Jorge married Rebecca in June 2019 after dating for about six years as they met on set of CBS series Hawaii Five-0. 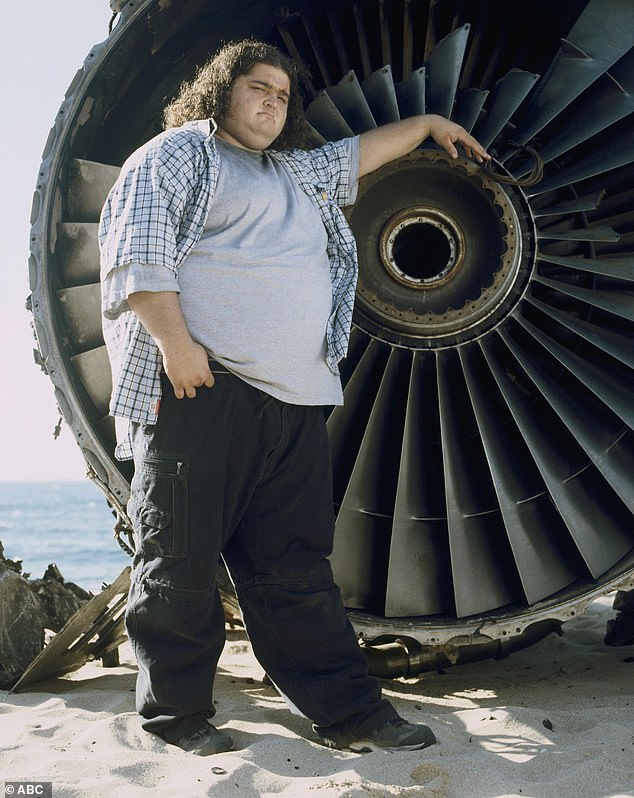 Bid deal: Lost made its first debut in September 2004 and its sixth, and final, season aired in May 2010, with a total of 121 episodes 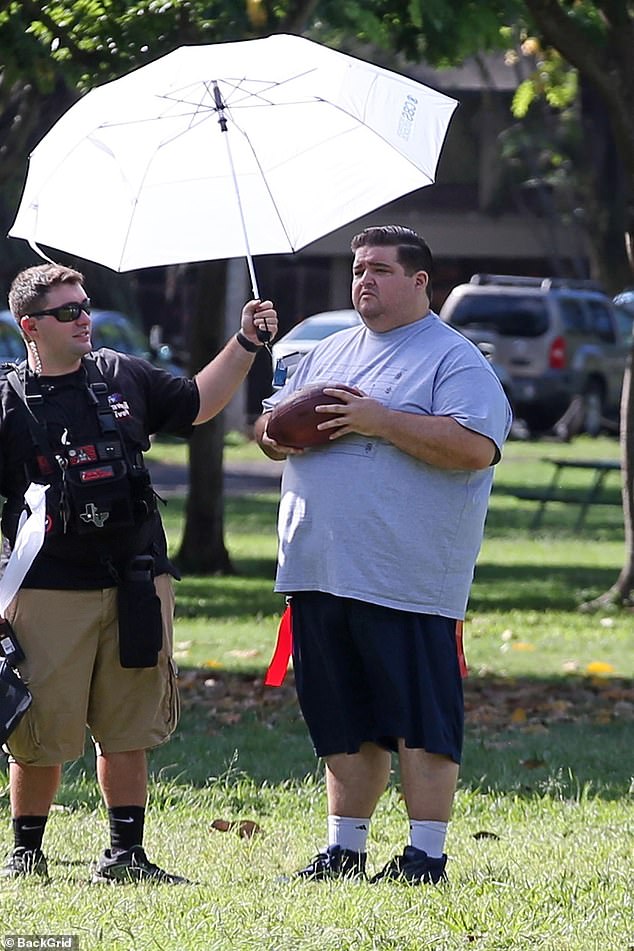 Working it out: Garcia - who has struggled with is weight gain - is pictured on set of Hawaii Five-0 in 2018

The show follows the survivors of Oceanic Flight 815, who each had their own dark secret, as they attempt to survive on a mysterious deserted island in the middle of the ocean after their flight from Sydney to Los Angeles crashed.

However, it's not just the characters who are hiding things, and the island has its own unknown mysteries too such as underground bunkers, a secret research project called Dharma Initiative and other violent survivors to fight off, terrifyingly known as 'The Others'.

Lost also had several legendary characters, who soon became fan favourites, such as Jorge's character Hurley and wise survival expert, John Locke (Terry O'Quinn), who had previously been in a wheelchair after a broken back but found he was able to walk again on the mysterious island. 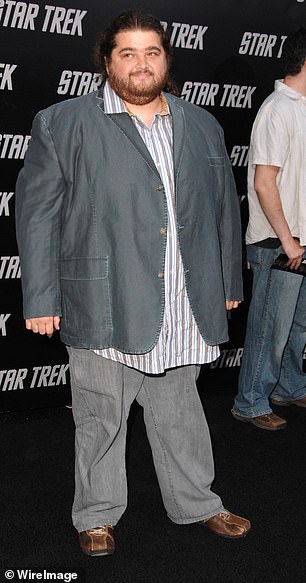 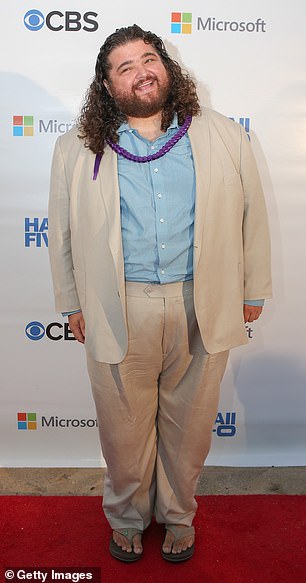 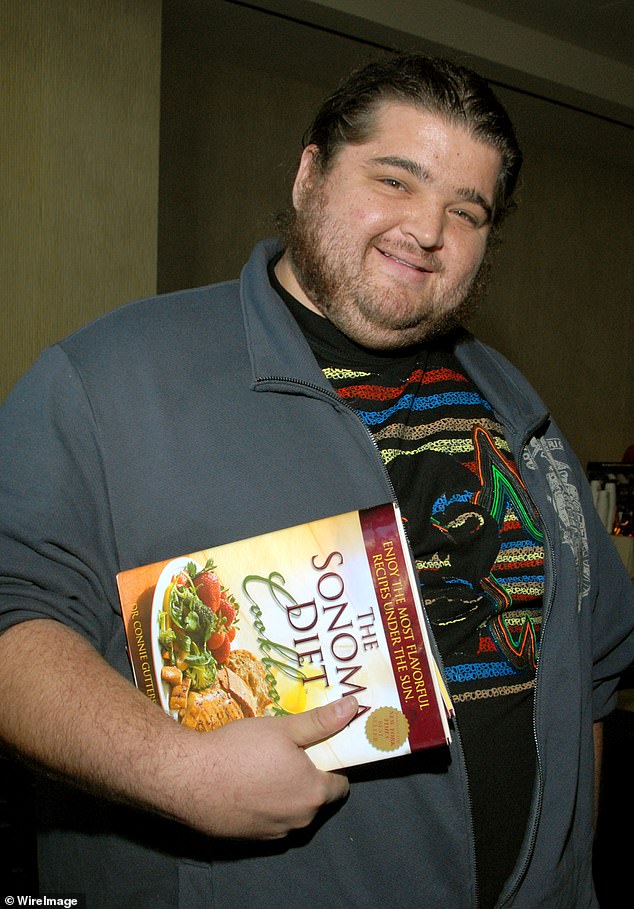 Getting healthy: In 2007, the actor posed with a diet book after revealing that he had been encouraged to lose weight

Each episode would predominantly feature a flashback, present day and flash-forward sequence for each character, giving fans context as to why they behaved in such a certain way and what dark secret they were hiding.

However, the season six ending left viewers split - with some delighted and others confounded, as fans sparked the theory that all the characters had been dead all along.

The season six finale revealed that despite all the events on the island being true, the characters' flash-sideways timeline was in fact a limbo in the afterlife, otherwise known as purgatory.

After meeting each other on the island, each person was able to learn from their survival journey and move on to the afterlife.

One of the last poignant scenes showed all the survivors reunited in church as they all passed on together.

While the final shot mirrored the first episode where character Jack was lying on the sand with his Golden Retriever dog running towards him, he closed his eyes for one last time. 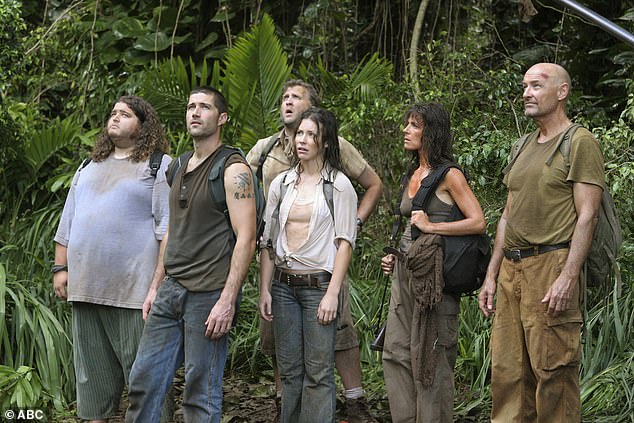 Interesting: However, it's not just the characters who are hiding things, and the island has its own unknown mysteries too such as underground bunkers, a secret research project called Dharma Initiative and other violent survivors to fight off, terrifyingly known as 'The Others'