You have reached the cached page for https://www.britannica.com/biography/John-king-of-Bohemia
Below is a snapshot of the Web page as it appeared on 9/22/2020 (the last time our crawler visited it). This is the version of the page that was used for ranking your search results. The page may have changed since we last cached it. To see what might have changed (without the highlights), go to the current page.
You searched for: +John of Bohemia We have highlighted matching words that appear in the page below.
Bing is not responsible for the content of this page.
John | king of Bohemia | Britannica
John
king of Bohemia
Media
Print
Thank you for your feedback

John, byname John of Luxembourg, or John of Bohemia, Czech Jan Lucemburský, or Jan S Čech, (born Aug. 10, 1296, Luxembourg—died Aug. 26, 1346, Crécy, France), king of Bohemia from 1310 until his death, and one of the more popular heroic figures of his day, who campaigned across Europe from Toulouse to Prussia.

Britannica Quiz
Emperors, Conquerors, and Men of War: Fact or Fiction?
Napoleon was an only child.

He was born the son of the future Holy Roman emperor Henry VII of the house of Luxembourg and was made count of Luxembourg in 1310. At about the same time, he also was named king of Bohemia, and on Feb. 7, 1311, he was solemnly crowned at Prague. When his father died in 1313, John was too young to succeed him as emperor and supported instead the election of Louis the Bavarian as Emperor Louis IV (1314). John subsequently sided with Louis in his struggle against Frederick of Austria (1322); but in later years he was estranged from the Emperor, especially after Louis’s alliance with England against France in the Hundred Years’ War. John’s own sympathies strongly favoured the French. He had sent his own son, the future emperor Charles IV, to be reared in Paris, and he several times fought in the service of France.

Throughout his reign, John campaigned variously against the Lithuanians and the Russians, against Hungary, England, and Austria, and in northern Italy and in the Tirol. He extended his Bohemian crownland northward, acquiring parts of Upper Lusatia (1320–29) and Silesia (1327–30), and also made himself master of much of Lombardy. His lavish expenditures, heavy taxation, and incessant peregrinations, however, cost him popularity at home and enhanced the power of the Bohemian nobility.

John’s continuing quarrels with the Emperor brought him into alliance with the papacy; and in 1346, in concert with Pope Clement VI, he secured the formal deposition of Louis IV and the election of his son Charles as king of the Romans (July 1346). He then went to help King Philip VI of France against the English but was killed at the Battle of Crécy. 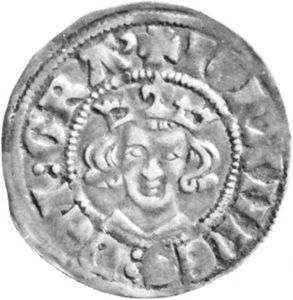